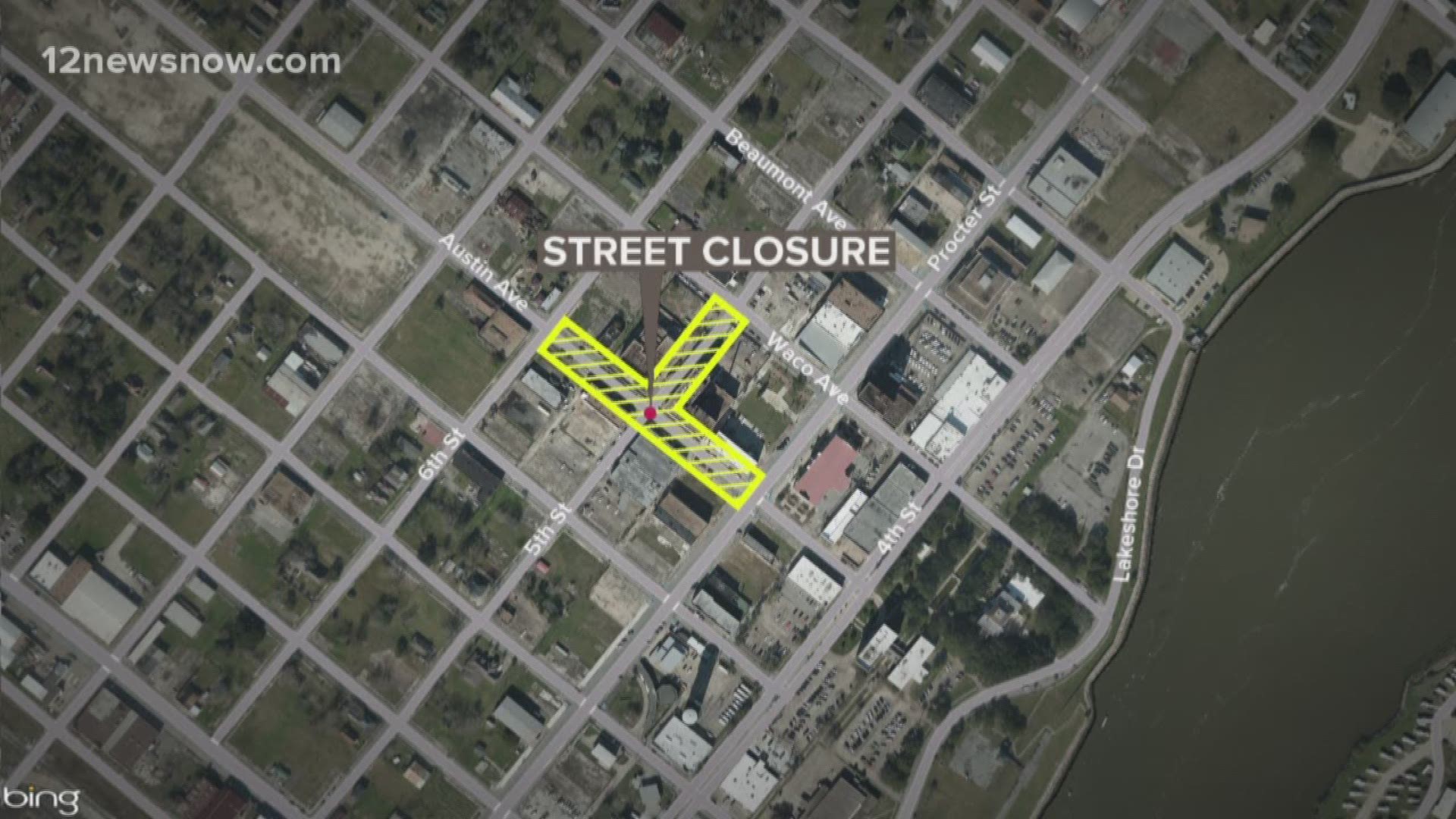 PORT ARTHUR, Texas — Motiva's major downtown development project in Port Arthur is moving along. The company wants to move hundreds of workers into the old Federal Building and the Adams Building next door.

The Federal Building and the Adams, or World Trade Building, sat vacant for decades until the energy giant decided to renovate them to use for office space.

The Motiva 'Imagine Port Arthur' project has entered phase two. That means there will be some road closures. You'll find barricades on Austin Avenue and 5th Street.

The closures will last until the end of 2021.

Workers have finished with abatement on the old Federal Building, and they're almost ready to start making renovations on it. The company will likely turn it into a conference center.
RELATED: Motiva shares an update on historic downtown Port Arthur building renovations