La Porte Emergency Management said overnight the odor could still be in the area and in A/C vents as you turn your air systems back on. 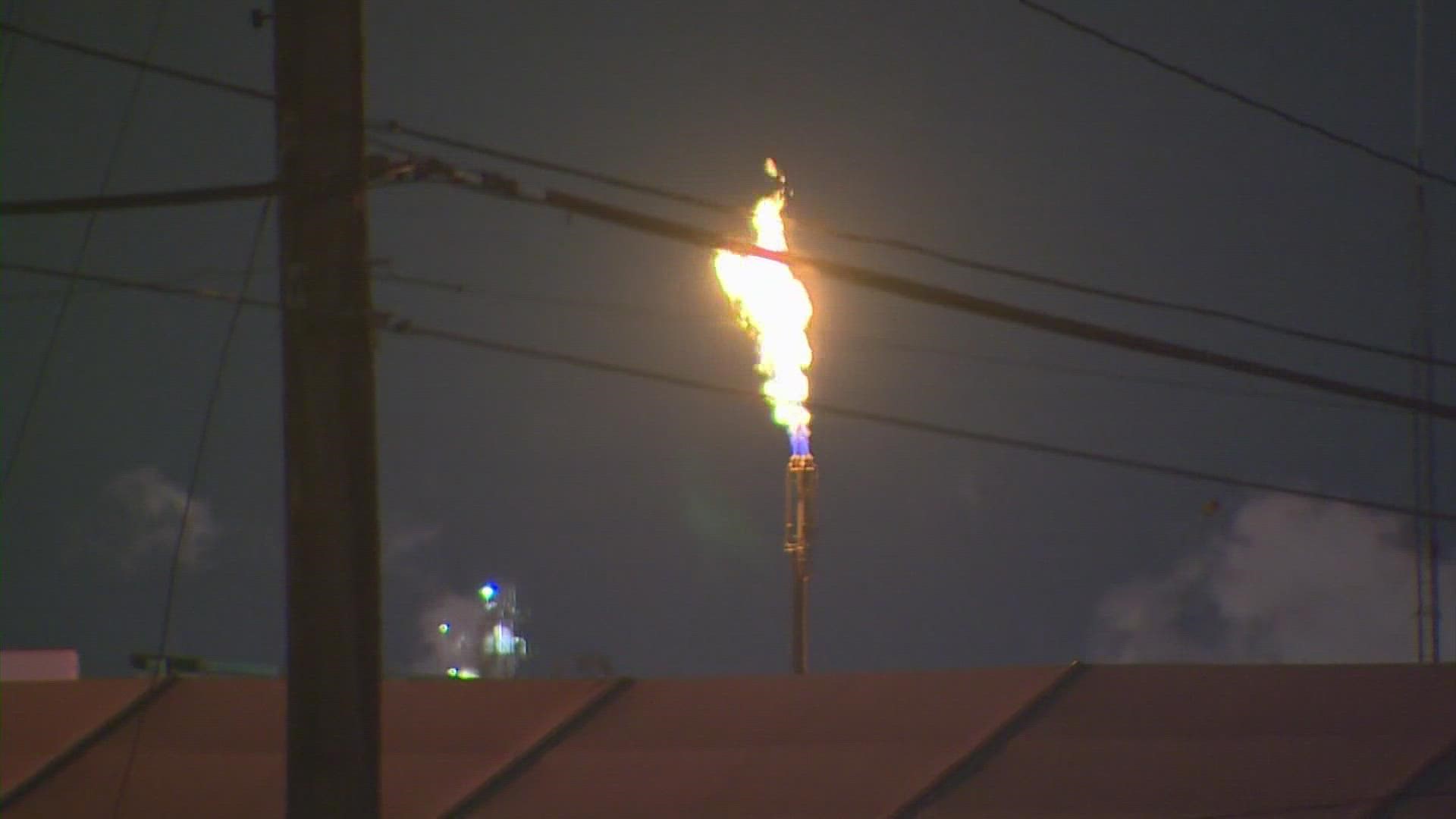 LA PORTE, Texas — The all-clear has been given after a shelter-in-place order had been in place for La Porte about 8 p.m. Sunday.

The order was put in place due to an odor in the area. It was an odor that many reached out to KHOU 11 about. A shelter-in-place was also issued in Seabrook. Seabrook officials said it was issued due to an incident in Deer Park.

Authorities say it was tied to a railcar vapor release at Lubrizol DP on Tidal Road in Deer Park.

"The cause of the odor Sunday night was an organic sulfur material widely used to odorize natural gas because of its distinctive unpleasant smell. Air monitoring measurements confirm no health risk to the surrounding communities or to on-site employees.

This vapor release happened while Lubrizol teams were preparing a railcar for unloading on-site. This included safely heating the rail car to prepare the stored materials for transfer. We are investigating why the stored material began to break down, resulting in an offsite odor release. Our response team immediately began treating the railcar to minimize the odor, notified local authorities and initiated air monitoring.

This morning, odors have largely dissipated. Any nuisance odors still present will continue to subside."

La Porte Emergency Management said the odor may be present when you turn your air conditioning on, but it should dissipate over time.

According to Harris County Pollution Control, the chemical being released was not hydrogen sulfide.  They had earlier tweeted that it was.

It has been determined that hydrogen sulfide is not the primary chemical compound of interest in the Lubrizol odor nuisance. PCS is still investigating.

Deer Park emergency management tweeted Monday morning that they're  continuing to monitor. Below was their update just before 6:30 a.m.

The City of Deer Park is continuing to monitor the incident at Lubrizol. Please see the below message from the CAER app. For more information please visit https://t.co/WOtwJabBHy pic.twitter.com/uR6Du1lUMb

La Porte Emergency Management said it got calls from residents who were reporting an odor and an airborne irritant, which prompted the shelter-in-place.

RELATED: What to do during a shelter-in-place orde

The city of Seabrook issued a shelter-in-place for a few hours, too. The city gave the all-clear just before midnight.

The City of Seabrook has issued an ALL CLEAR and the SHELTER IN PLACE has been lifted. The Seabrook Office of Emergency Management continues to coordinate with Harris County Pollution Control as they continue to conduct air monitoring throughout the area.

Watch the video below for more tips on how to shelter in place.