In 2019, the TPC explosion ruined Thanksgiving for most Mid-County residents. This year, residents are just grateful when they woke up, nothing bad had happened. 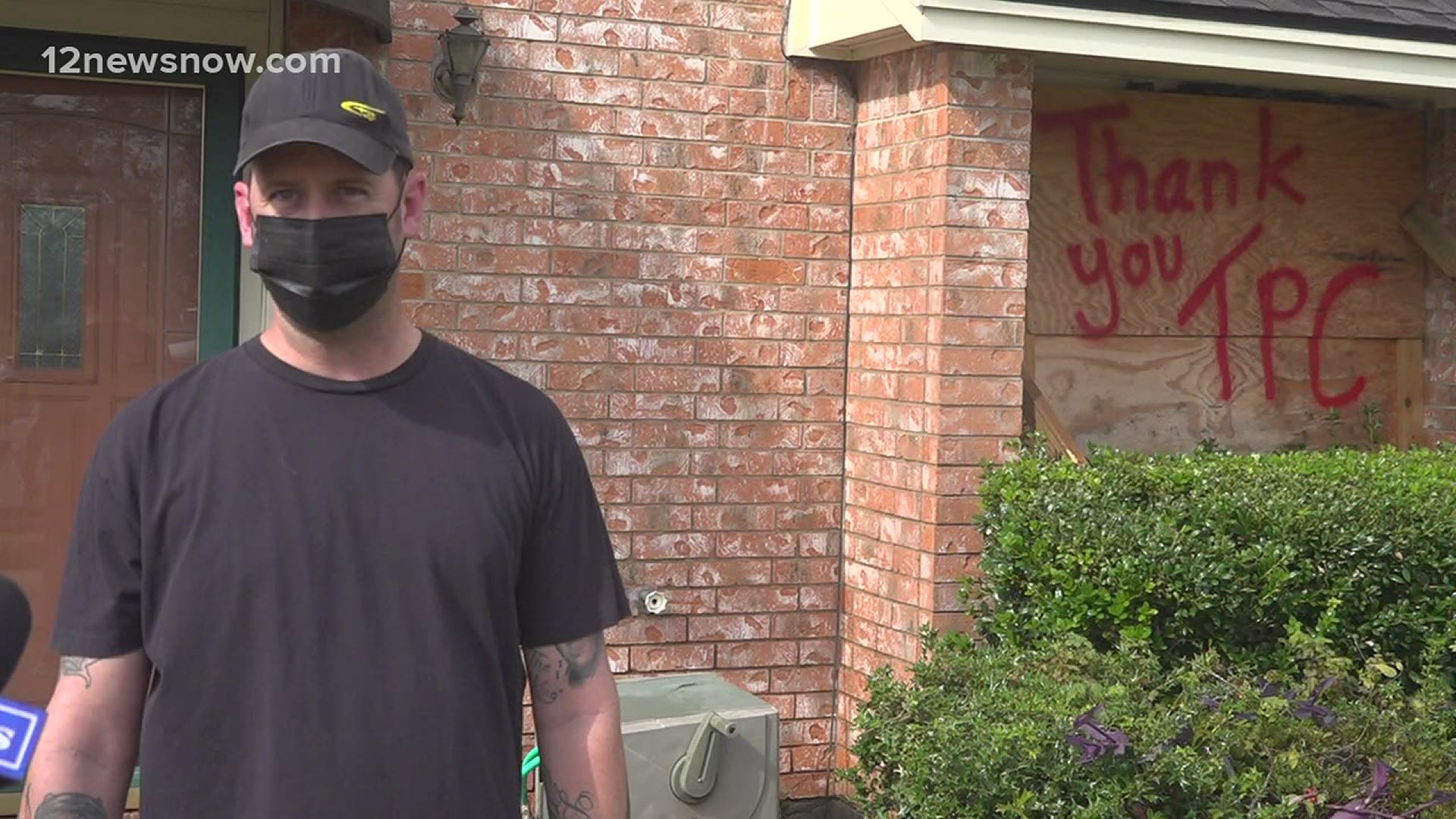 Last year, about 50,000 people were out of their homes due to mandatory evacuation orders after two explosions at the TPC Group.

The damages to homes, businesses and schools stretched for blocks, leaving behind blown out windows and structural problems.

Some residents are still living with the aftermath — both physical damage and an emotional toll, with memories that are hard to erase.

"I knew that the one-year anniversary was coming up, but I was just trying to forget that it ever happened," Port Neches resident Brian Kessel said.

He lives in a townhouse on Merriman Street about a block from the plant. He said it is hard to forget when boarded-up windows offer a daily reminder of what happened.

"I don't know what burst first," Kessel said. "But the second that followed was like an atomic bomb going off. That's when my windows blew [out]."

He was asleep when the explosion shook him out of bed, he said.

"Anything can happen — your whole life can be turned upside down in an instant," he said.

One year later, his windows are still blown out, covered with plywood and spray painted with the message, "Thank you TPC."

"It's my way of saying thank you for messing up my life, TPC," Kessel said.

Most homes and businesses are back to normal, while some are still making repairs.

The Avenue Coffee and Cafe manager Aaron Barnhill said the blast didn't stop customers from showing up the next day afterward.

"We actually had two customers who walked in over the broken glass through the doors broken open. They pulled up as if it was just a regular day."

The support from customers gave him the extra push he needed to get the windows replaced in two days to get back in business, he said.

"A lot of people in the community look to us," Barnhill said. "We wanted to lead by example and just dust ourselves off and get right back into it."

The community's resilience was remarkable, he said.

In 2019, the TPC explosion ruined Thanksgiving for most Mid-County residents. This year, Kessel said he is grateful for one thing.

"When I woke up, I was just thankful nothing bad happened," he said.

The TPC Group plant still is not operational, but the first phase of demolition is underway.

The company said they hope to finish removing debris and damaged equipment by next spring.