Some Port Arthur residents aren't happy with the decision 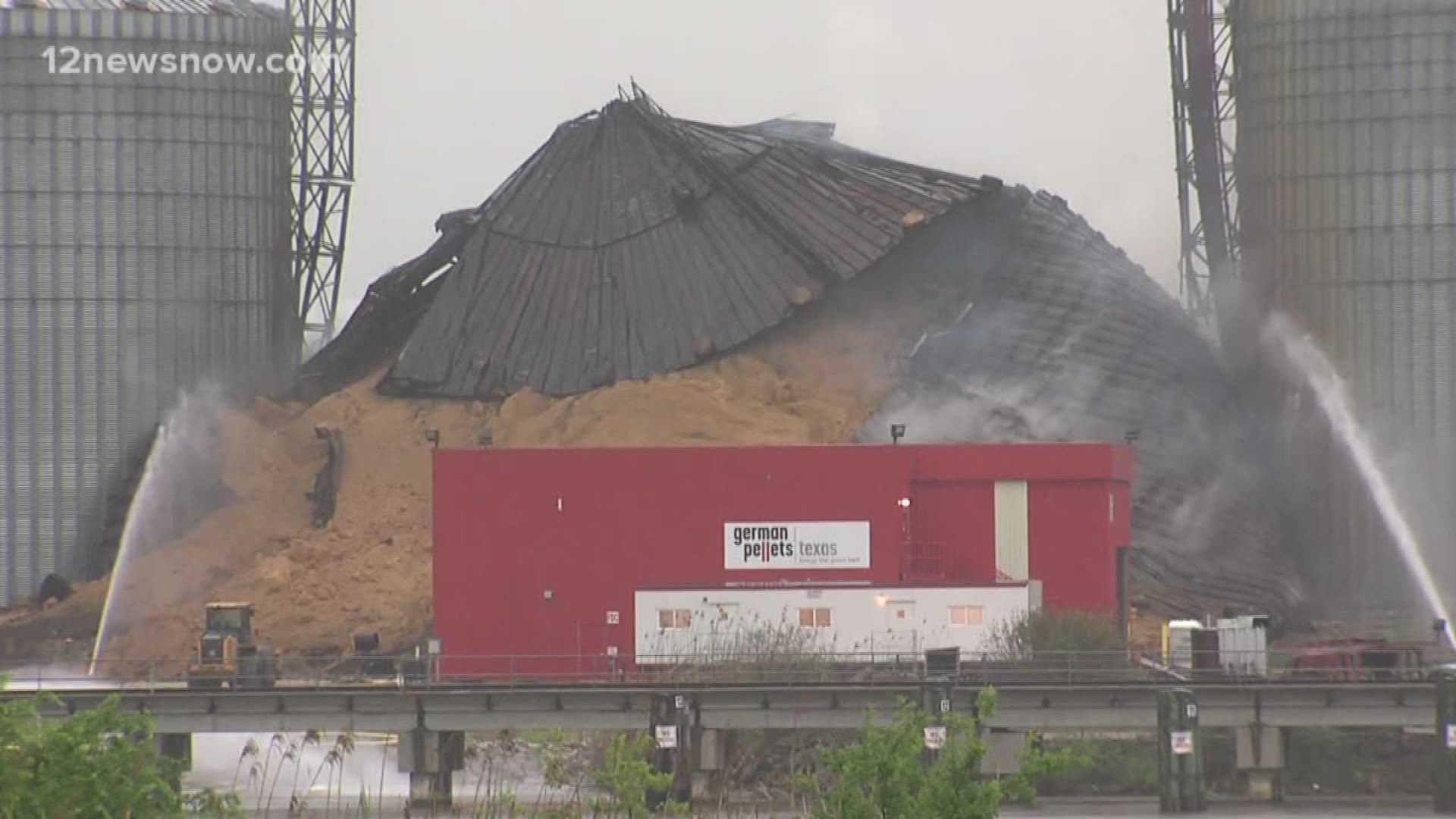 PORT ARTHUR, Texas — The Texas Commission on Environmental Quality decided on Wednesday to go ahead with a $12,000 fine for German Pellets after the Port Arthur facility burned for months in 2017.

The fire started in April 2017 in Port Arthur, with the flames continuing for more than 100 days.

Those near the West Lakeshore Drive facility had to live in the smoky conditions.

Some residents are angry, because they feel like the fine isn't enough. The company will pay the fine for the nuisance conditions caused by the fire.

The TCEQ says fines are calculated in accordance with the commission's penalty policy.

Annette Mitchell lives near the facility, and says she believed her house was burning because of the smell. She says it was 'suffocating' and she had to stay with family across town.

"You couldn't sleep in the house, it was like sleeping in an incinerator," Mitchell said.

"That's a farce, and no one should just stand there and let them walk on our feet. People come in wanting to use our resources and then they want to kill us in the process," Mitchell said. "No, that's not fair."

Port Arthur community activist John Beard had a lot to say about the fine.

"The smoke you see, can you imagine if you're having a barbecue and your burning something in the kitchen and the house was full of smoke? Imagine outside, being that smoky room 24 hours a day, 7 days a week, for 102 straight days," Beard said before TCEQ officials.

"That's an insult, the supreme insult. I've never been insulted like that since 1954," Mitchell said.

The fine money from German Pellets will go into the Texas General Fund, and not directly back to the people of Port Arthur.

Beaumont man indicted, charged with killing ex-girlfriend's chihuahua by throwing it against tree