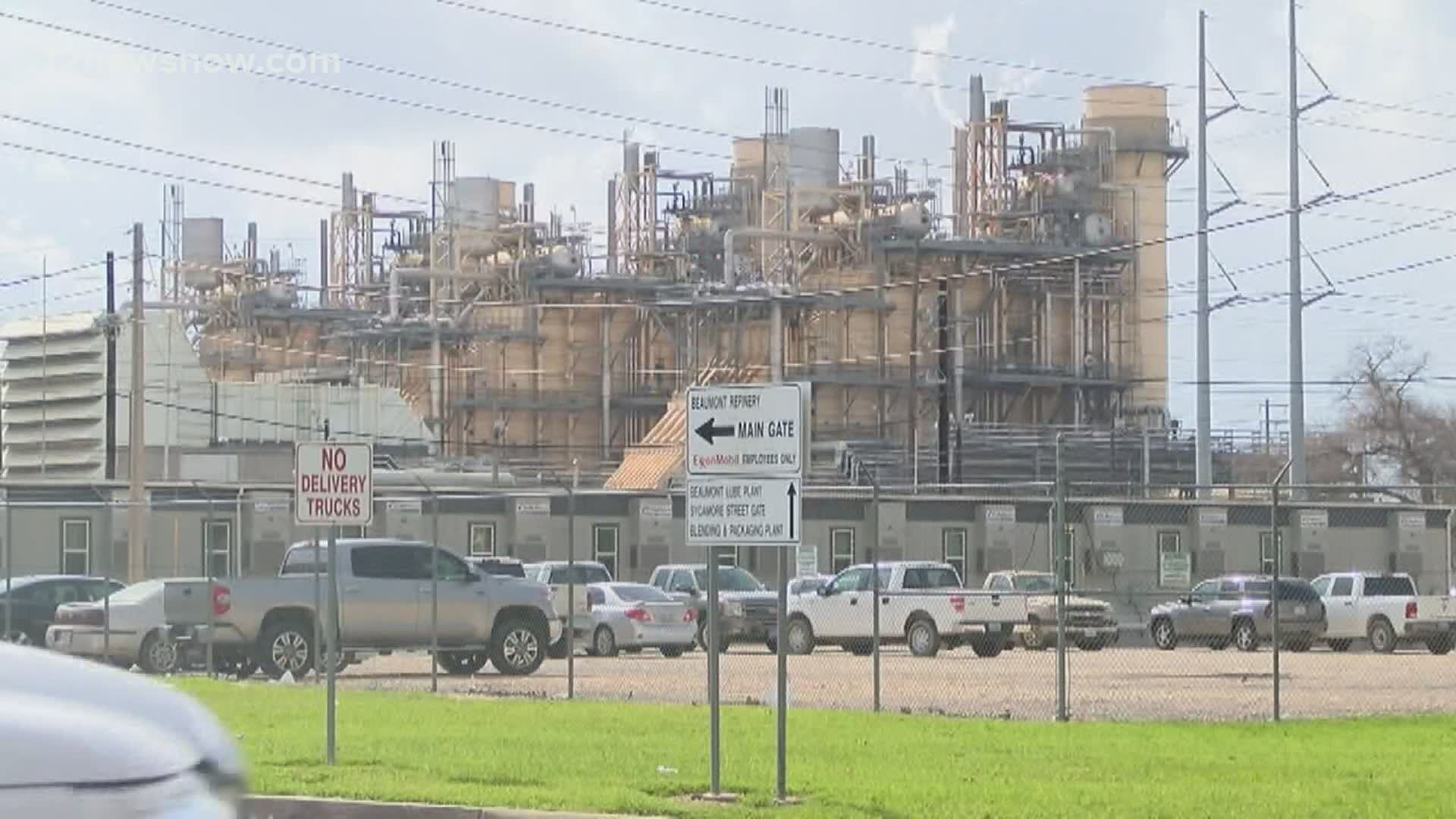 BEAUMONT, Texas — It’s been more than 60 hours since the deal "ran out" between the United Steelworkers union and ExxonMobil.

More than 650 union workers have been locked out since Saturday morning.

They hit the pavement again Monday morning to walk a picket line in front of the downtown refinery.

Talks have stalled and the two sides didn't even meet Monday as they originally planned.

“We want to meet with the company as soon as possible. But of course, both of us are working on issues and we’ll get back to the table and try to relay the expectations of our membership as soon as possible” said union spokesperson Richard Landry.

Without a paycheck union workers are looking into some resources to help make ends meet.

We checked with the company today, too. We wondered how the refinery is operating without all of the union workers.

An ExxonMobil spokesperson declined to discuss specifics but she said, in part…

“ExxonMobil's highly-trained workforce was able to transition and ensure the stability of the units..."

Credit: KBMT
United Steelworkers from Local 13-243 picket outside the ExxonMobil refinery in Beaumont on Monday.

So how did we get here?

The union and the company have been trying to agree on a new contract since January. With negotiations stalled, ExxonMobil issued a lockout last week that could leave nearly 650 union members unemployed starting Saturday, May 1.

"What were we're trying to do right now is to focus on building proposals that move closer to the company so that we can try to get them to agree to a new agreement," Landry said.

In a statement provided to 12News, ExxonMobil said in part that they have been "actively engaged in good-faith negotiations" and that they hope to have this resolved soon.

So what's the biggest sticking point?

If you ask the union, it's health and safety. Landry said part of the reason why they have not agreed to any proposals is that they are still pushing for what's best for members.

"We've had to go through the pandemic. We've had a couple hurricanes. We've had the ice storm. Our guys have done what was necessary to keep this plant up and running," Landry said.

"We feel confused about the proposals that the company has on the table today. It's very confusing for the membership because they’re saying, 'I give, I give every day, and now when we want a new agreement this is where we are,’" Richard "Hoot" Landry said.

Since the union has not allowed employees to vote their offer, talks have stalled, and a spokesperson says they are prepared for a lockout.