Texas Rep. James White is the latest state leader to speak out, urging the USW union and ExxonMobil to continue negotiations to make a mutually beneficial compromise 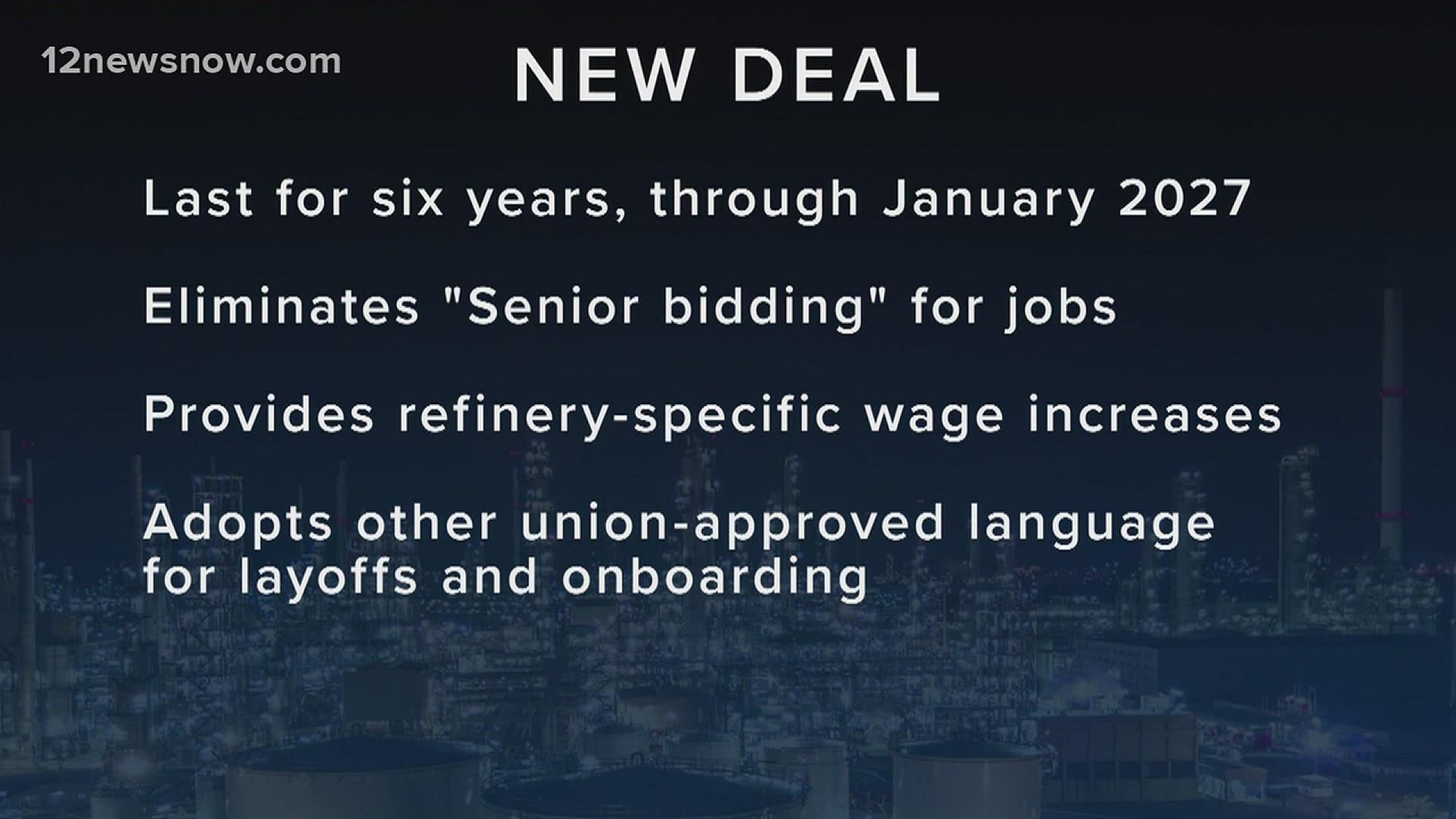 BEAUMONT, Texas — Representatives from ExxonMobil and the Untied Steelworkers are set to meet next Thursday to negotiate a deal after the two were unable to reach an agreement following their first sit down in nearly a month on June 10.

The battle between ExxonMobil and the union has lasted longer than most expected. It's the latest setback, for hundreds of union workers. They've gone without paychecks for about six weeks.

They met Thursday, but there wasn't much progress. The energy giant says their "current offer remains available at this time."

After the Thursday meeting, ExxonMobil released this statement to 12News.

"The company continues to meet and bargain in good faith with the Union," the release says. "No additional proposals were exchanged in today’s meeting with the Union, and the next meeting is scheduled for next Thursday. The Company’s current offer remains available at this time."

An ExxonMobil spokesperson told 12News that another meeting between the company and the union is scheduled for next Thursday, June 17, as negotiations continue.

"We are trying to pull our SETX economy out of the COVID ditch. We don’t need lockouts and walkouts," Texas Representative James White said in a statement released Friday, June 11.

White is one of the latest state representatives to speak out, urging the USW union and ExxonMobil to continue negotiations to make a mutually beneficial compromise.

White continued saying in part, “A mutually beneficial compromise that returns our workers back to the plant ensures that they are able to provide for their families,” and “continues to pave a way for our Southeast Texas communities to thrive.”

ExxonMobile let’s end the lockout and get our people back to work. We need the USW/ExxonMobile negotiating a great deal. Our SETX families deserve it. Our national & state local prosperity need it. Our national energy independence and security require it! pic.twitter.com/JfAFJBcHTl

In an email sent to 12News after their May 12 meeting, ExxonMobil said their new deal would last for six years, through January 31, 2027.

The lockout has been hard on workers and their families Landry told 12News on Tuesday.