ExxonMobil said it’s continuing to bargain in good faith with the union, yet both sides remain far apart. 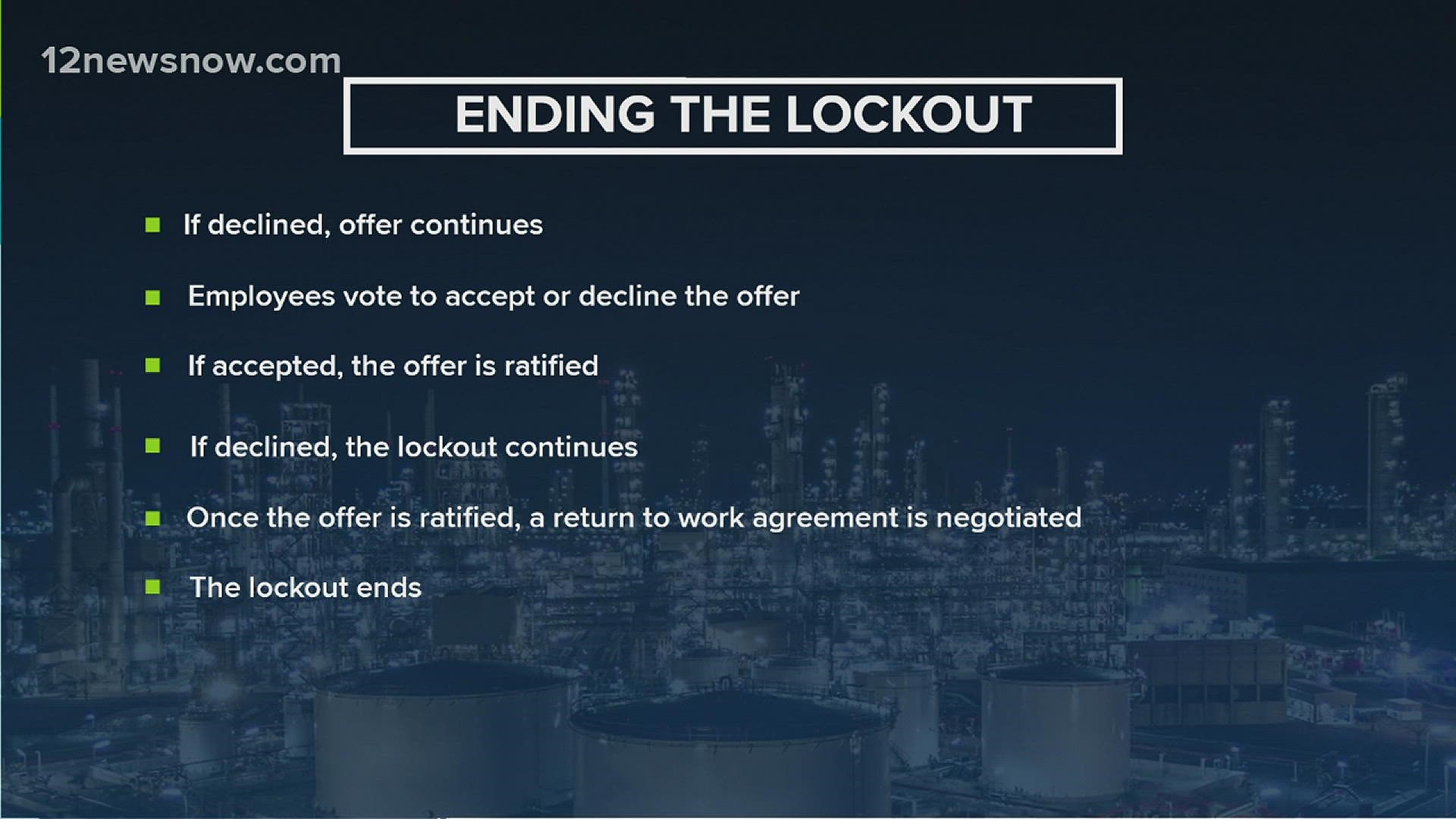 BEAUMONT, Texas — ExxonMobil Beaumont is releasing more information about the process they say is needed to end the lockout with members of the United Steelworkers Local 13-243 union.

Contract negotiations started on January 11, 2021. On April 23, ExxonMobil gave written notice of their intentions to lock out workers starting May 1, unless the union accepted a proposal that included major changes impacting members' safety, security and seniority.

Union workers and ExxonMobil were unable to reach an agreement, and the lockout was initiated on May 1. The energy giant said they have met with union workers more than 40 times since negotiations began in January.

The union wants seniority prioritized, however, Exxon said their deal puts more of an emphasis on qualification over seniority, a practice in place and ratified at other facilities.

"Our greatest concern is making sure our lives and our jobs are safe and secure. Safety in our workplaces also protects our families and community," the union said in an April 2021 statement.

Earlier in the week, on Tuesday, representatives from the USW Local 13-243 Tuesday joined locked-out workers at Jefferson County Commissioner's Court, where they asked county officials for help reaching an agreement with ExxonMobil.

"Every day, that highly trained, skilled steelworkers are off the job puts our community at risk," said Meekie Moseley with the local United Steelworker’s union.

The union's 650 members have been locked out of the Beaumont plant since May 1 after talks between them and the company stalled. Four months after the initial lockout of ExxonMobil workers and negotiations remain at a standstill.

ExxonMobil said it’s continuing to bargain in good faith with the union, yet both sides remain far apart.

On Thursday, Sept. 9, 2021, ExxonMobil outlined the five-step process of reaching a deal to end the months-long lockout.

We’re answering questions we’ve received related to our ongoing negotiations with the USW. Today, we go over a 5-step process on ending the lockout. Learn more at www.embeaumont.com.