It's the first meeting of its kind since 650 union employees were locked out of the downtown refinery on May 1. 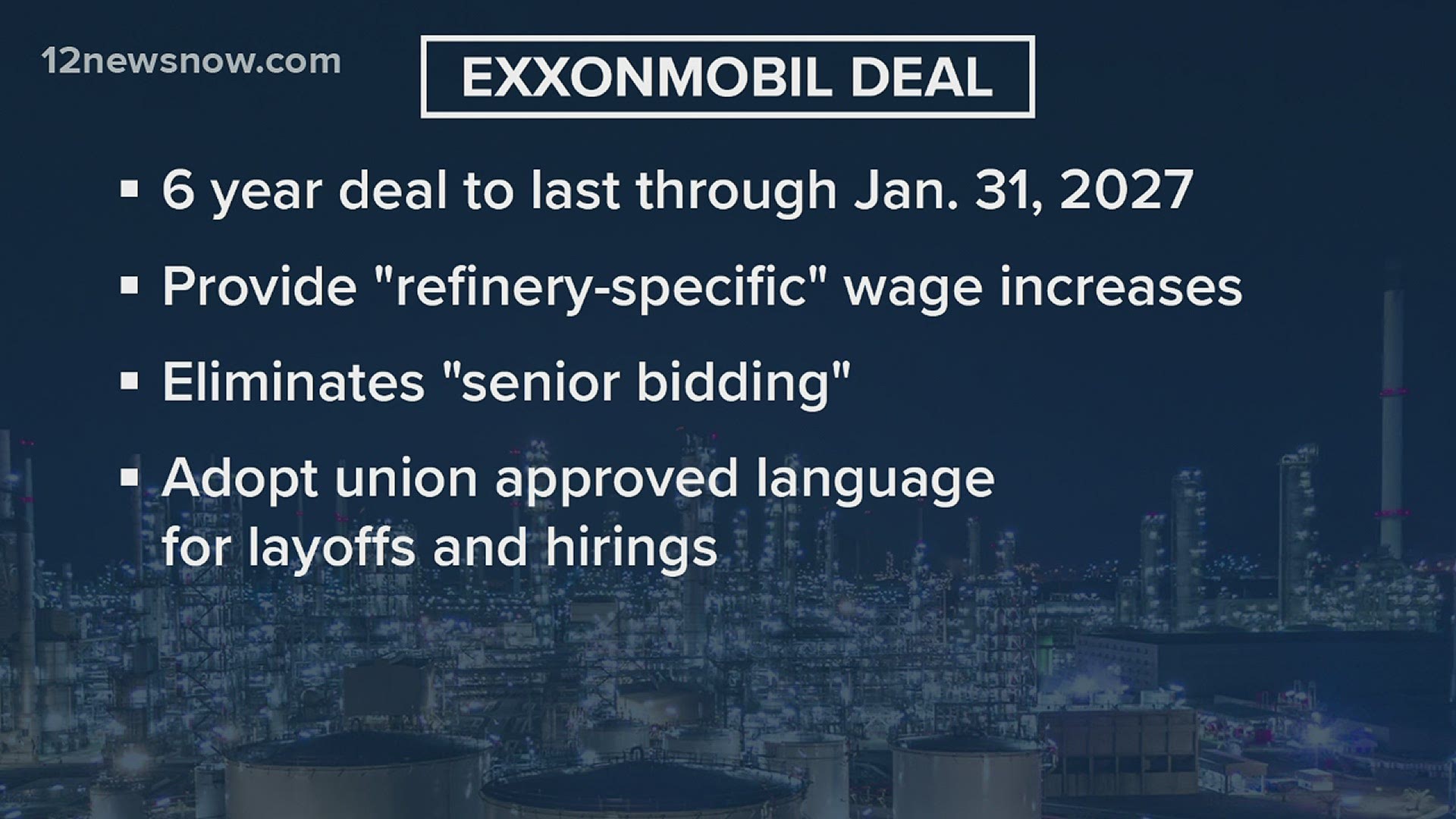 BEAUMONT, Texas — We're getting our first look at the six-year deal ExxonMobil Beaumont has offered workers with the United Steelworkers union.

The energy giant and the union met at the table on Wednesday. It's the first meeting of its kind since 650 union employees were locked out of the downtown refinery on May 1.

In an email sent to 12News, ExxonMobil said their new deal would last for six years, through January 31, 2027.

12News reached out to local union representative Hoot Landry. He said that he had received the same email within the last hour and had "not had time to compare the documents. We will verify what they released but the union is not prepared to respond at this time."

So, how did we get here?
Contract negotiations started back on January 11. On April 23, ExxonMobil gave written notice of their intentions to lock out workers starting May 1, unless they accepted a proposal which included major changes impacting members' safety, security and seniority.