TPC Group, the company that owns the facility in Port Neches, has been fined $275,000 over the past 10 years. 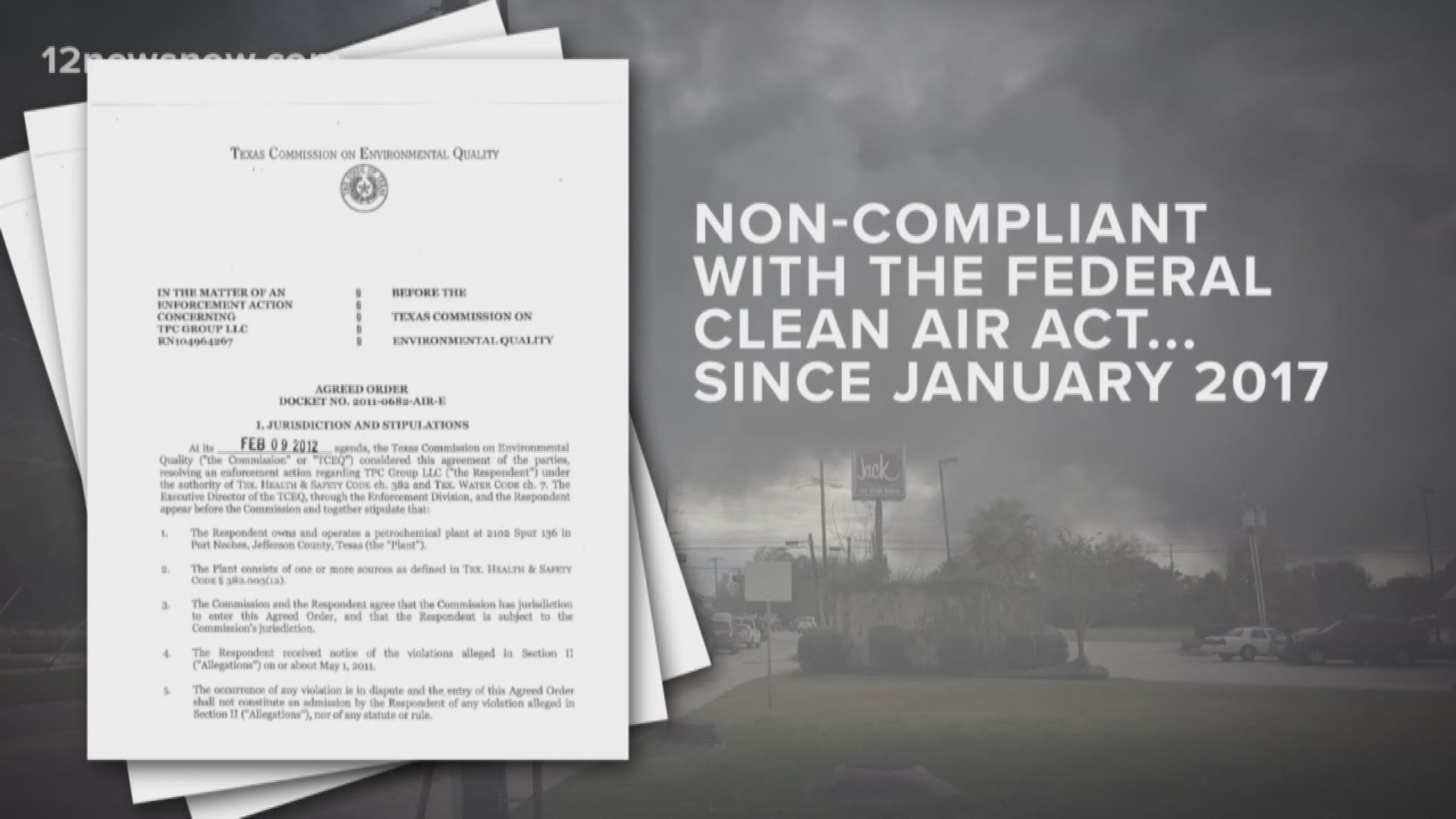 PORT NECHES, Texas — 12News investigators spent the day digging into the past of Port Neches plant rocked by explosions on Wednesday.

We learned the plant has been fined tens of thousands of dollars for what the EPA calls 'preventable' emissions.

We looked into the violations going back 10 years.

TPC Group, the company that owns the facility in Port Neches has been fined $275,000 over the past 10 years.

The Environmental Protection Agency calls these 'high priority' environmental violations that could have been avoided with better maintenance according to both state and federal records.

The documents say the facility was non-compliant with the Federal Clean Air Act every quarter since January 2017.

Records show the most violations involved what they call the 'preventable' emission of butadiene. That's what the chemical company officials says is burning at the plant.

RELATED: 'It felt like a pressure cooker' | Residents wake up to damage after Port Neches plant explosion

12News pressed a spokesperson at a news conference earlier on Wednesday.

“I have no knowledge of those violations,” Troy Monk said.

TCEQ Executive Director Toby Baker issued a statement that says in part, "Within the last year, I have witnessed an unacceptable trend of significant incidents impacting the Gulf Coast region. While not all emergency events may be prevented, it is imperative that industry be accountable."

12News made some follow-up calls to TPC asking if they would like to respond to our findings. We haven't yet heard back.

The holidays can bring added risks for homeowners: Here’s how to protect yourself