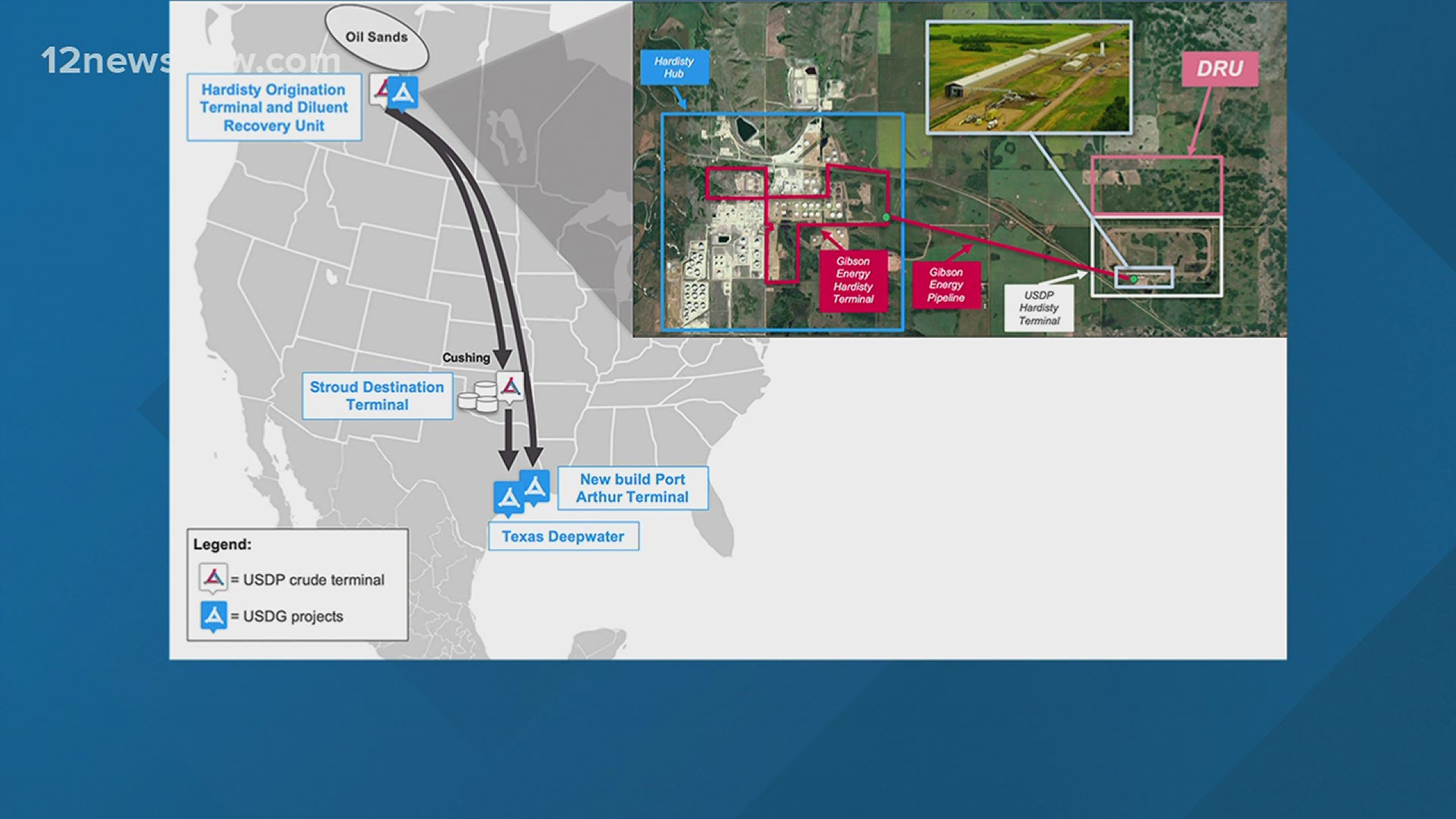 PORT ARTHUR, Texas — Port Arthur will have dozens of new jobs in 2021 thanks the development of a new oil handling terminal.

According to a news release from US Development Group, LLC., the construction process is expected to bring 1,200 jobs to Port Arthur. Once the terminal is up and running, it will provide the area with 40 more full-time jobs.

It's expected to be completed in the second quarter of 2021.

"It represents a capital investment of more than $130 million" according to the release.

Full release from the City of Port Arthur:

The US Development Group is bringing a project to Port Arthur that will bring over 1,200 construction jobs, and more than 40 long-term positions in economic development to the City of Port Arthur.

The terminal is specially designed to handle DRUbit™, a proprietary blend of Canadian heavy crude oil formulated to be non-hazardous and non-flammable for transportation by rail."

County and local officials are excited for the impact US Development Group will have on the Southeast Texas economy.

City Manager Ron Burton praises the project, saying, “The company’s investment and their commitment to creating jobs for our local residents will have a tremendous economic impact for the community.  We look forward to establishing this new partnership...".