Dispute between ExxonMobil, United Steelworkers could result in lockout this Saturday

Negotiations have been ongoing since mid-January. 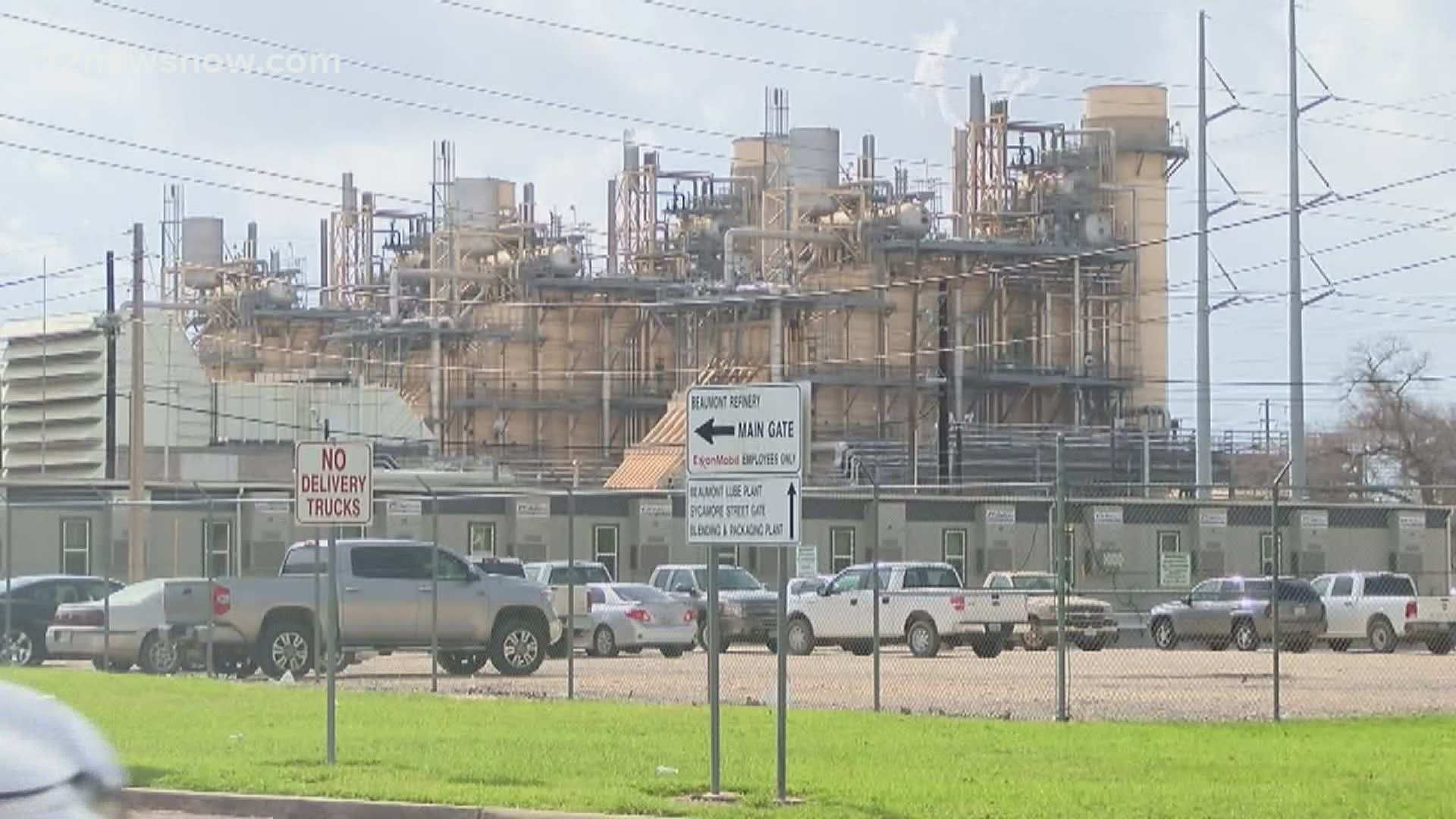 BEAUMONT, Texas — ExxonMobil has issued a lockout notice in Southeast Texas to union workers with the United Steelworkers that could leave hundreds of workers unemployed later this week.

The two failed to reach an agreement on a new contract on Friday,  April 23, 2021, and the lockout will begin on Saturday, May 1, 2021, according to ExxonMobil.

The company said in a statement that it hopes to resolve the differences promptly.

ExxonMobil "has been actively engaged in good faith negotiations" and "the union committee has *not allowed employees to vote on our offer" the company said in a statement.

The United Steelworkers say that as many as 650 of their union employees may be locked out this Saturday if they can't agree on a new contract with ExxonMobil.

The union told 12news in a statement that negotiations have been quote "contentious."

The union says the company wants to make major changes in the existing contract that will impact union members' safety, security and seniority.

"Our greatest concern is making sure our lives and our jobs are safe and secure. Safety in our workplaces also protects our families and community," the union said in the statement.

The two parties have been negotiating since mid-January.

From a United Steel Workers statement...

Members of USW Local 13-243 today urged ExxonMobil to continue bargaining rather than making good on its April 23 notice to lock out more than 650 workers in its Beaumont, Texas refinery and blending and packaging plant starting May 1.

The local’s bargaining committee has been negotiating with ExxonMobil over the terms for a new collective bargaining agreement since Jan. 11, 2021. Negotiations between the parties have been very contentious because the company seeks major changes in the existing contract that impact members’ safety, security and seniority.

“These negotiations are not about wages,” said Darrell Kyle, president of USW Local 13-243. “Our greatest concern is making sure our lives and our jobs are safe and secure. Safety in our workplaces also protects our families and community.”

The existing contract requires that the union and the company must give each other 75 days advance notice before a strike or a lockout. The USW and ExxonMobil each provided their respective 75-days notices to each other on Feb. 15, 2021.

However, providing the 75-days advance notice does not mean there would necessarily be a work stoppage, and the two sides continued to negotiate over the terms for the new collective bargaining agreement.

This changed on April 23 when ExxonMobil rejected the USW’s offer to extend the current contract an additional year and provided a written update to its 75-day notice to indicate that it intends to lock out workers on May 1 unless they accept the company’s current proposal.

“A one-year extension would benefit both sides,” Kyle said. “It would allow our members to maintain their job security and safely operate the facility while the two sides continue to bargain for a fair and equitable agreement, without the risk of a work stoppage.”

Kyle called on the company to reconsider its plan and instead continue bargaining.

“The union is committed to reaching a mutually acceptable, fair and equitable agreement,” Kyle said, “but that agreement should come at the bargaining table, without locking out the dedicated, skilled workers at the Beaumont Refinery and Beaumont Blending and Packaging Plant.”

From an ExxonMobil statement...

ExxonMobil has been actively engaged in good faith negotiations with the United Steelworkers. We have made extensive efforts to reach an agreement, the union committee has not allowed employees to vote on our offer. To ensure our facilities continue to operate safely, ExxonMobil let the United Steelworkers representatives know today that we plan to call a lockout for May 1.

In line with our principle of long-term employment, we provide competitive compensation that supports employee performance and retention while maintaining the company’s ability to compete over a range of economic conditions, including periods of low industry margins. Our wage employees are highly valued and on average are paid more than four times the average minimum wage.

We hope this situation will be resolved promptly. We will continue to operate to ensure a safe and reliable supply of quality products to our customers.