He stopped by the downtown Beaumont refinery Wednesday afternoon to listen to union workers' concerns. 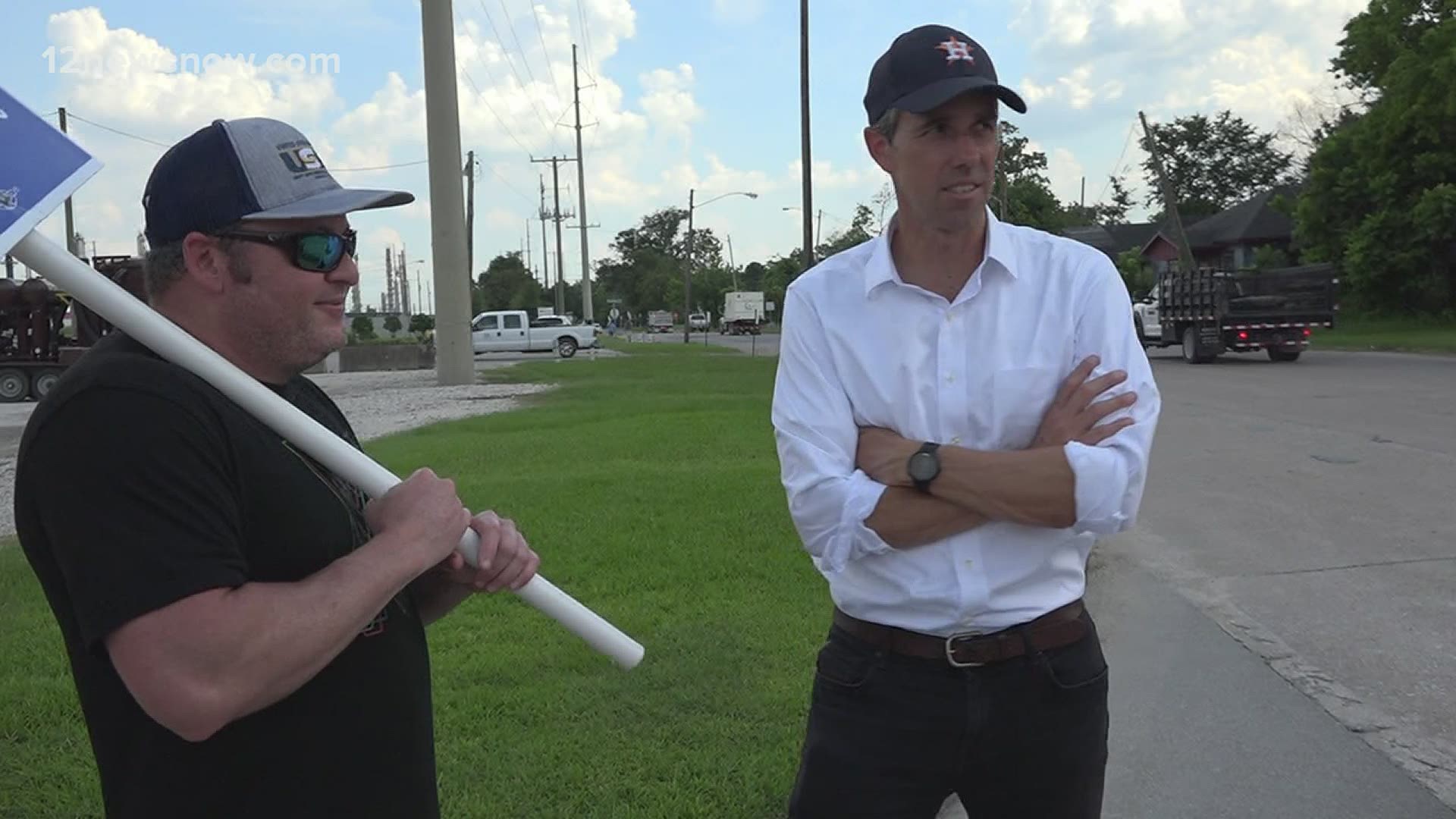 BEAUMONT, Texas — Nearly seven weeks in and the momentum to end the ExxonMobil lockout is drawing big names from across the state.

Southeast Texas politicians and community leaders have already called on ExxonMobil and the United Steelworkers Union to come to an agreement. As of Wednesday, you can add Beto O'Rourke to that list.

The one-time presidential candidate is in Beaumont as a part of his tour around the state to support the voting rights of Texans.

He stopped by the downtown Beaumont refinery Wednesday afternoon to listen to union workers' concerns. O'Rourke says it's ExxonMobil who needs to give in.

“The United Steelworkers after they've been locked out for more than six weeks, and they're going without not just a paycheck. But many of them are dependent on food banks and the kindness of strangers to keep their families that ExxonMobil needs to bargain in good faith,” O'Rourke said.

Union workers showed appreciation to O'Rourke for making a pit stop on his tour. O'Rourke believes the way this lockout will come to end if ExxonMobil meets union workers halfway.

An ExxonMobil spokesperson told 12News last week that another meeting between the company and the union is scheduled for Thursday, June 17 as negotiations continue.