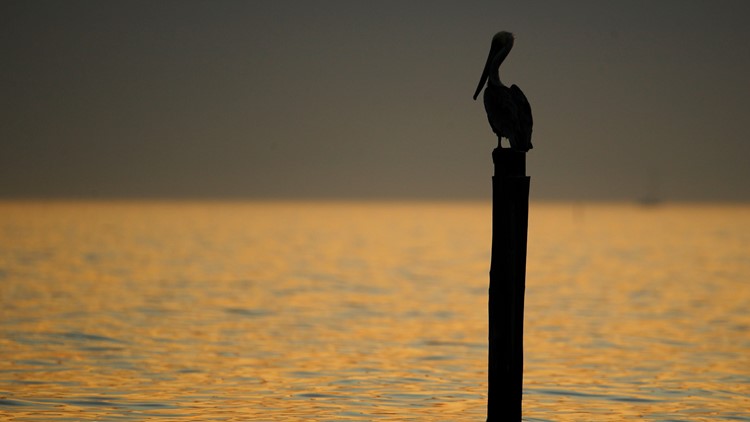 Photo by: AP
A brown pelican perches on the remnants of a pier in the Gulf of Mexico at sunset Sunday, Dec. 2, 2018, at Gulfport, Miss. (AP Photo/Charlie Riedel)

NEW ORLEANS (AP) — The federal government will offer 77.8 million acres in the Gulf of Mexico for oil and gas exploration and development on Aug. 21.

An Interior Department statement says the lease sale will include 14,585 tracts. They're in water 3 to 231 miles offshore and in water from 9 feet to more than 2 miles deep.

Until August 2017, the Interior Department held separate lease sales for the Gulf's most active area and tracts off Texas. They were consolidated under an Obama administration plan created because bidder numbers were dwindling.

In March , 78.5 million acres were offered and about 1.3 million acres drew $244.3 million in high bids. The high bid total was about 37% above the previous sale's and nearly double the March 2018 figure.