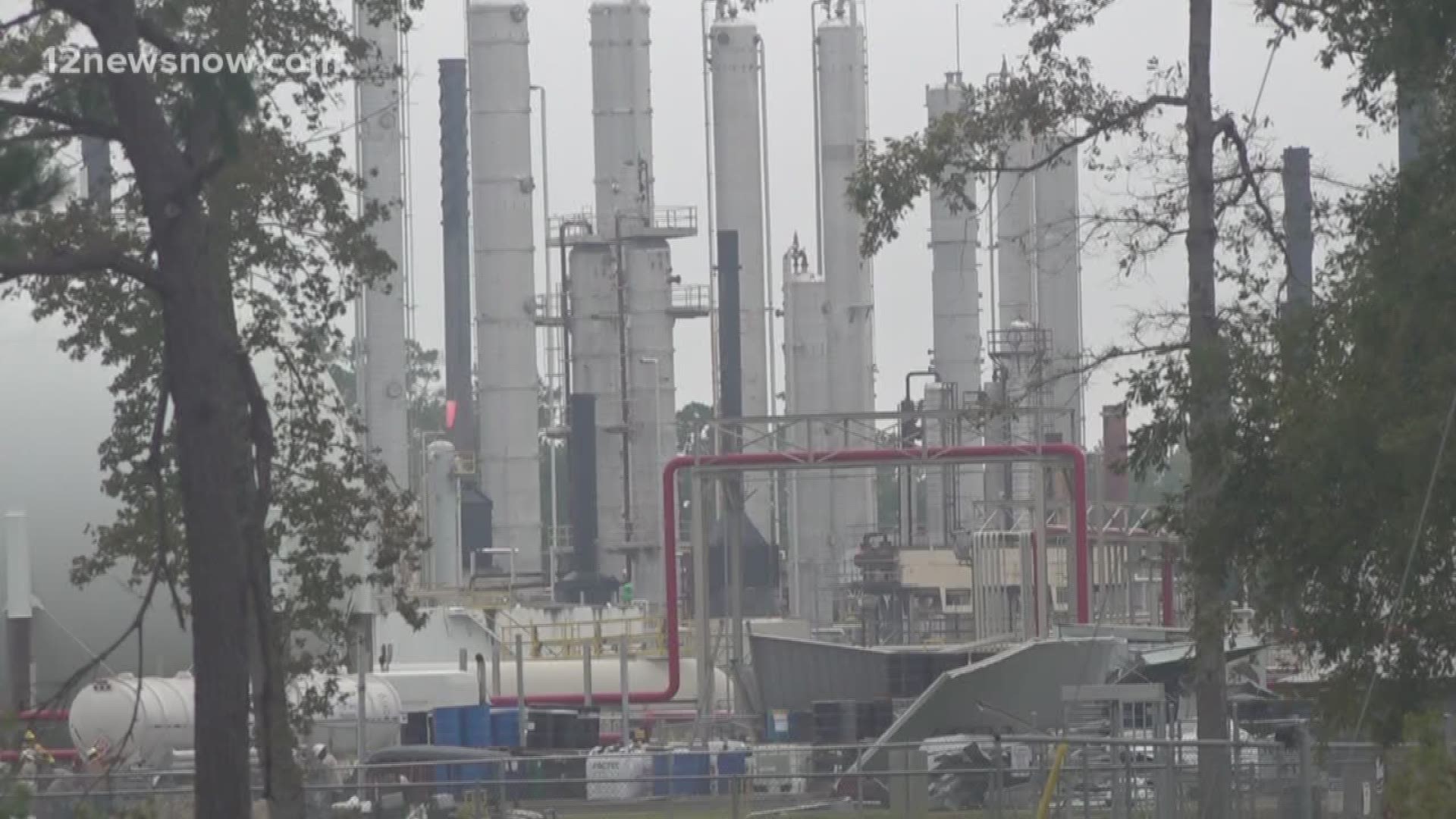 SILSBEE, Texas — A thunderstorm passing over Silsbee Tuesday afternoon caused a leak in a storage tank at a Silsbee refinery causing a brief shelter in place and closing Highway 418 for several hours.

The storm passed over South Hampton Resources on Highway 418 near FM 1122 in Silsbee at about 4 p.m., October 29, 2019, according to Brian McGovern of the Texas Commission on Environmental Quality.

The thunderstorm which brought high winds damaged a storage tank holding light naphtha according to McGovern.

The floating roof of the tank tilted and an internal guide pole punctured the bottom of the tank causing a leak McGovern said.

However, on Tuesday afternoon following the storm, an employee at the refinery told 12News that a shelter-in-place was in effect near the facility but gave no other information about the situation  at the time.

The leak released about 6,000 gallons of light naphtha, sometimes known as natural gasoline, into a secondary containment area outside the tank.

Firefighters from the Silsbee Fire Department responded to assist and used firefighting foam to reduce emissions from the naphtha while it was in the secondary containment area McGovern said.

The tank held about 20,000 gallons at the time of the leak according to Dick Townsend, Chief Manufacturing Officer of Trecora Resources which is the parent company of the refinery.

During the leak there was a “small amount of vapor coming out” and because the odor threshold of Naphtha is low it could be smelled in the area Townsend told 12news.

The remaining 14,000 gallons in the damaged tank as well as the 6,000 gallons of leaked material was transferred to other tanks at the facility according to McGovern.

The TCEQ deployed two teams into neighborhoods around the plant to conduct air monitoring with hand-held equipment but they did not detect any emissions McGovern said.

When the storm hit the refinery the plant lost power, internet and phones and shut down Townsend told 12News.

“We apologize for the inconvenience caused by the odor and are working diligently to resolve the situation. We are closely monitoring air quality, and the testing indicates that the air remains safe and there is no risk to the community.”

The Silsbee facility has been operating since 1955 according to its website.