A man from Port Neches is frustrated that feral hogs are tearing up his front lawn. 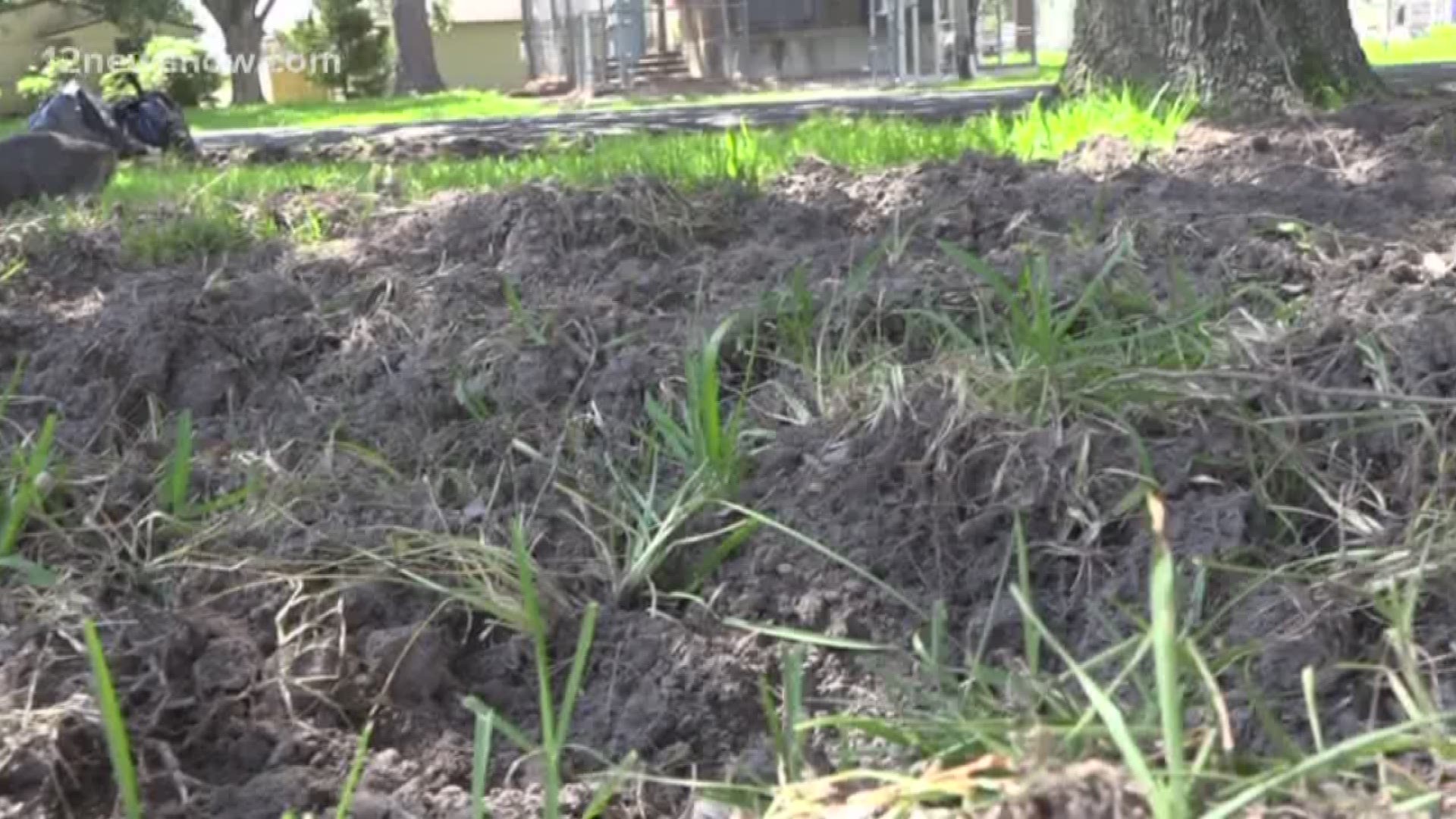 PORT NECHES — A man from Port Neches is frustrated that feral hogs are tearing up his front lawn.

“I’ve had hogs actually chase me off before and they are dangerous, they are aggressive," said Walker.

“The hogs found something they like in my yard and they keep coming back every single night," said Walker.

Walker said he’s made several complaints to the city but feels like he is out of options.

Other yards in the neighborhood are also ruined.

A man named Brian Vickery drives around the area because he enjoys hunting hogs.

He said he helps people get rid of the pests for free but he is not allowed to shoot them with a gun according to the city ordinance.

“I drive down this road and make a little loop around and see if I spot one,” said Vickery.

Chief Lemoine said the hogs are coming from a wooded area off Port Neches avenue which is owned by Exxon Mobil.

He explains there are holes in the fence but believes they are fixed.

“I didn't buy land out in the country, I bought land in the city, you know and this should not be an issue I should deal with," said Walker.

The chief said the city plans on hiring a trapping company but Walker argues this issue should have been resolved months ago.