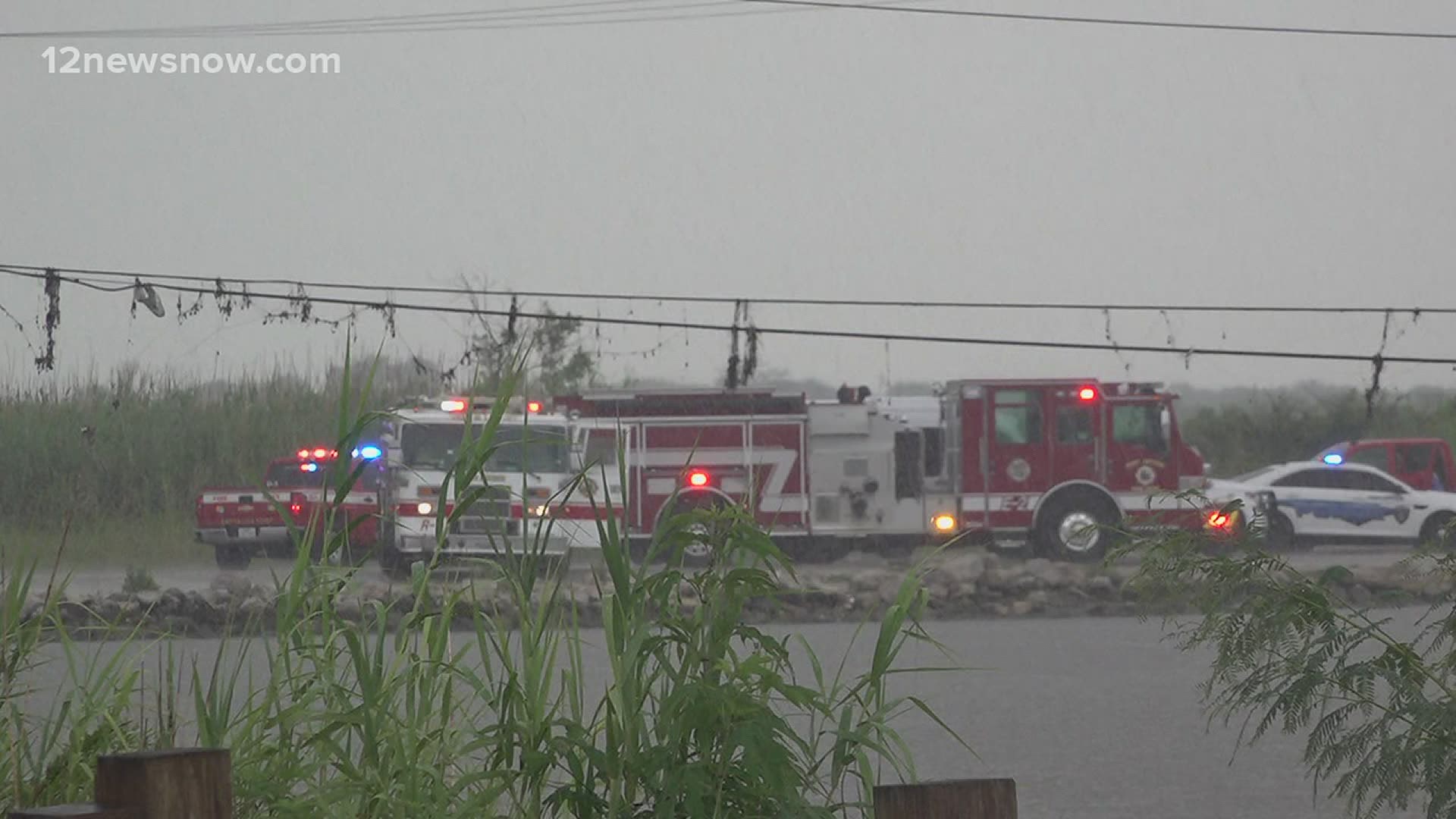 "We received the call of person that was in the water, possibly two," Sergeant Ahmaal Bodden said.

Norma Diaz, tells 12News that she and her husband, Caballero, were fishing with their friend, Cakmaktas, at Keith Lake when Cakmaktas went into the water after a bait bucket fell in.

Caballero tied a rope to himself and gave it to her to hold before going in after his friend who had gotten caught in the strong current according to Diaz.

When neither man surfaced Diaz called for help from another fisherman who stopped her from also going in the water after her husband and their friend and called 911 according to Diaz.

Funeral prayers will be said for Cakmaktas Friday afternoon at the Jamia Masjid in Beaumont at 2:15 p.m. following the Friday sermon and prayers.

The mosque is located at 2394 West Lucas in Beaumont.

A GoFundMe account to benefit Cakmaktas' family has been established.

The walkway along the lake is only 34 inches wide, which is perfect for sitting and fishing, today it cost two men their lives, officials said. These types of deaths are avoidable, Justice of the Peace Tom Gillam said.

“As you can see, this levy is very narrow, slippery and had multiple people on it,” Gillam said. “Either the walkway needs to be eliminated or rails need to be put around it.”

Upon retrieving the men, officials attempted life-saving measures, but the men were pronounced dead at the scene. As of now, officials are not certain exactly when the two men died.