Navigation systems, air conditioning, security cameras, and now Wi-Fi is set to be installed if the proposal goes through. 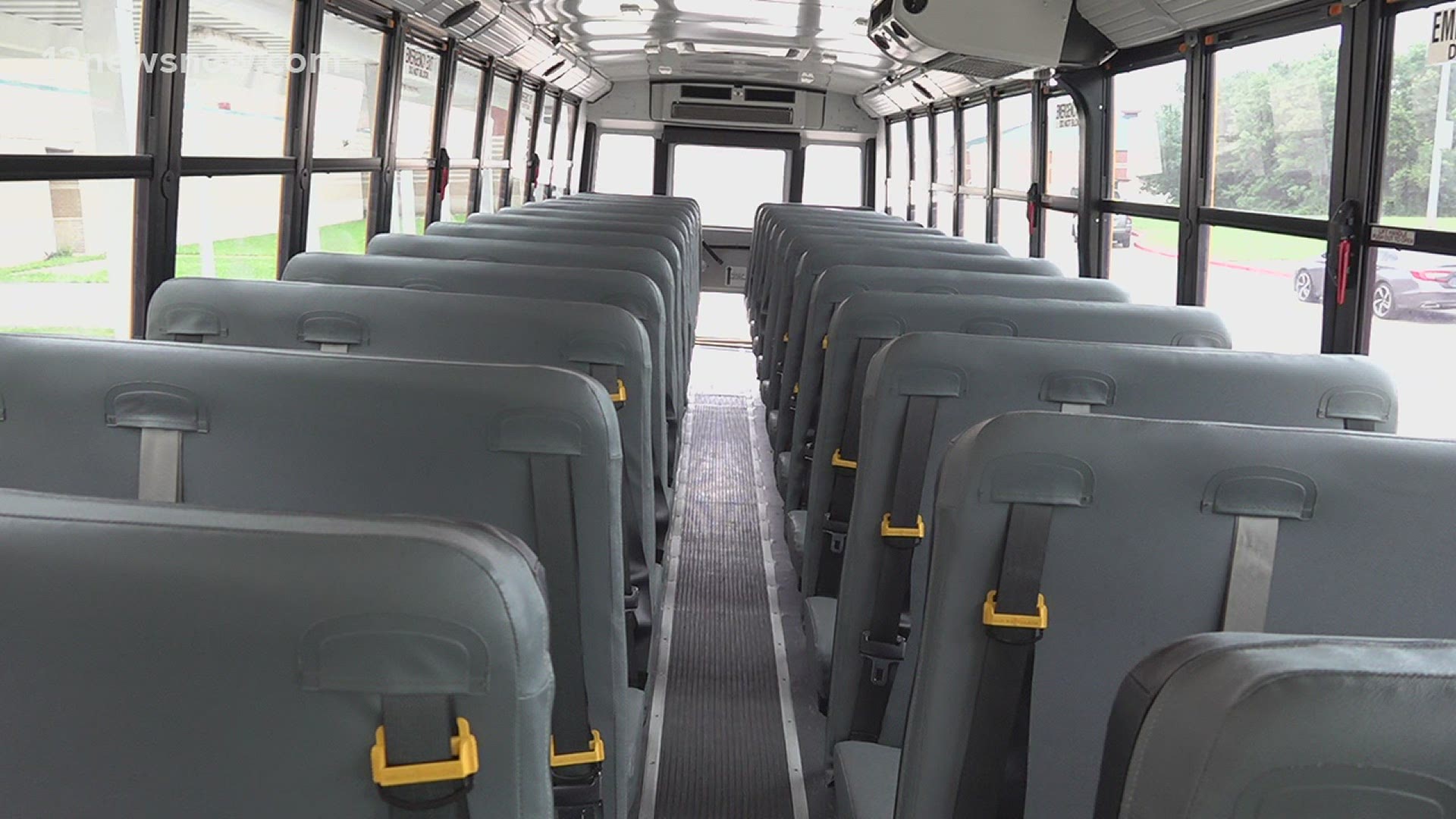 PORT ARTHUR, Texas — Transitioning to virtual learning created a lot of hurdles for students, but one of the main issues was getting connected.

Texas Gov. Greg Abbott named broadband access as one of his priority items for the legislative session, but earlier this week he shot down House Bill 2667.

That measure would've expanded broadband internet access to rural areas across the state and provided a universal service to fund assistance for Texans.

Many families don't have the luxury to have internet in their homes. So, Port Arthur Independent School District has a plan to help, and it's all starting on their bus.

At Port Arthur ISD, a proposal will be underway Thursday to make upgrades to the already state-of-the-art school buses.

Navigation systems, air conditioning, security cameras, and now Wi-Fi is set to be installed if the proposal goes through.

On Thursday night, the school board will look to add two new buses to their fleet and something most other districts can’t offer, which is Wi-Fi.

That's right. Students may be getting internet access for their ride to and from school.

“Hopefully students will get some more learning time on the bus, behaviors gonna improve, hopefully it's a good trip home, to and from school for everybody,” Port Arthur ISD director of transportation Corey Metts said.

He said other districts of similar sizes that have made these upgrades saw an uptick of about 1,000 hours of study time per week. That will help students who may not have internet at home.

"We're looking for bus drivers, if you have your CDL, want to get your CDL, come see us there's definitely a shortage of drivers" Metts said.

Faculty members like Frank Breur teaches classes during the day and drive busses after school.

"Sometimes, it's pretty easy, but it's rough when we're short of bus drivers," Breur said. "We've gotta double up, we’ll make someone get a longer day, but it's not hard it's real easy."

The expectation is that the upgrades could be made to these busses by the start of next school year, the $131,000 proposal will be decided on at tonight's school board meeting.