“The particular metal is especially breached because it can cause various lung ailments, heart disease, and even some forms of cancer." 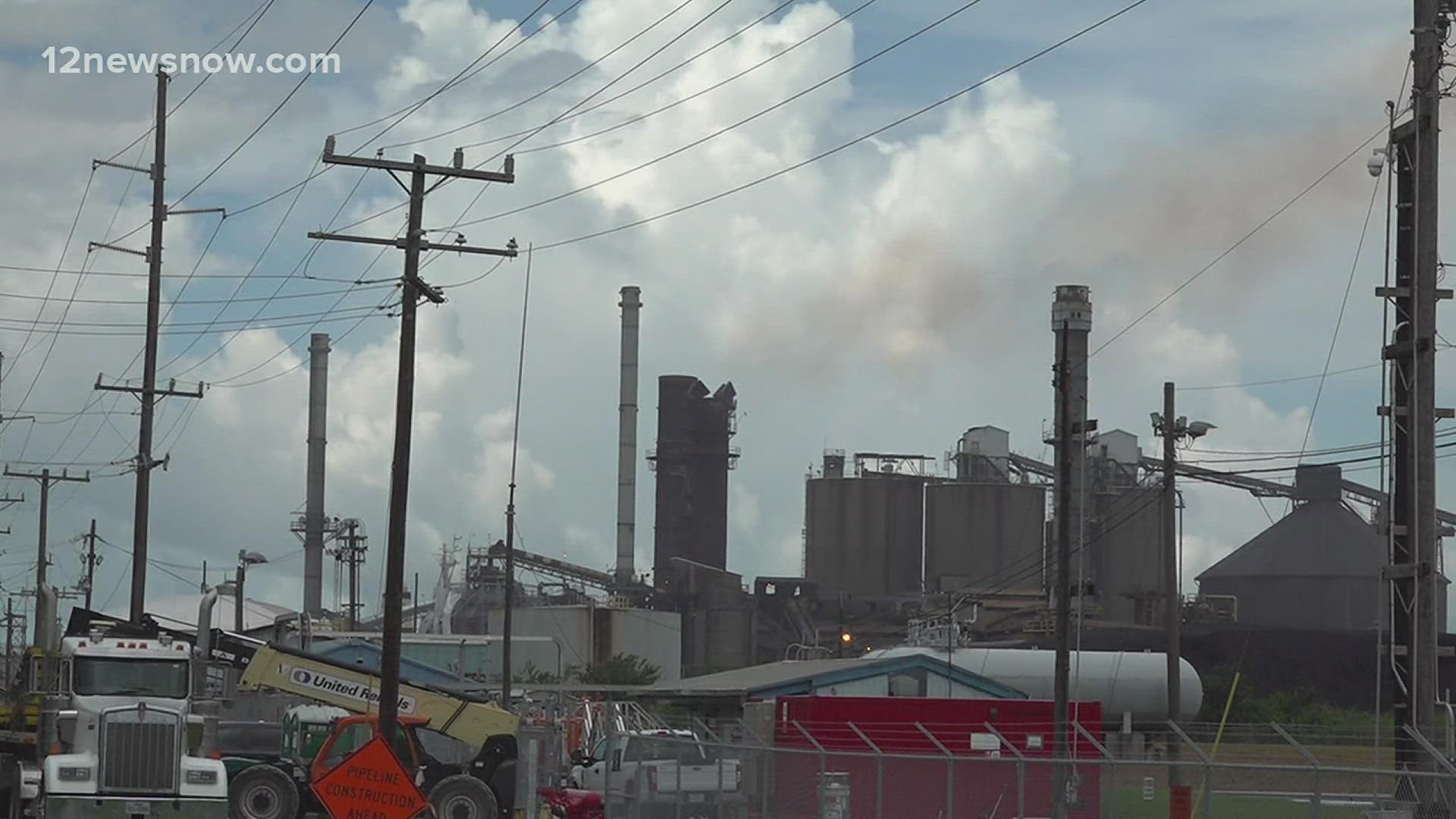 PORT ARTHUR, Texas — The Port Arthur community is calling for a federal civil rights investigation into the state for allowing a plant to operate without modern pollution control.

The Port Arthur Community Action Network represented by Lone Star Legal Aid and the Environmental Integrity Project held a press conference Wednesday morning to announce the request for an investigation.

They are asking the Environmental Protection Agency to step in on what they call a pollution problem that disproportionately impacts communities of color across the city.

The chemical is extremely harmful to the respiratory system.

“The particular metal is especially breached because it can cause various lung ailments, heart disease, and even some forms of cancer,” John Beard, PACAN executive director, said.

Unlike most modern industrial facilities, the Oxbow plant does not have a pollution control device called a scrubber to capture sulfur dioxide.

“This particular facility is producing 92% of the sulfur dioxide air pollution in Jefferson County because it lacks those emission controls,” said Amy Dinn, Managing Attorney of Environmental Justice Team.

The Oxbow Petroleum Coke Plant has been a staple of Port Arthur for 85 years, but it has not been the best neighbor, Dinn said.

Due to this impacting a predominantly minority community, PACAN is asking EPA to investigate whether TCEQ violated the Civil Rights Act of 1964, which prohibits discrimination on the basis of race, color, or national origin in any program or activity that receives federal funds.

“The 2,624 residents live within three miles of this facility. Ninety-eight percent of whom are people of color and 62 percent who are lower income and disproportionately baring the impacts of this air pollution on a daily basis” Dinn said.

“What better place to show you're going to put your money where your mouth is and do the right thing to help people in these types of communities that are impoverished and that have health issues," Beard said.

In addition to demanding an investigation, PACAN is asking TCEQ to issue a stronger air pollution control permit for Oxbow and make sure its terms are in compliance with health-based air quality standards for sulfur dioxide.