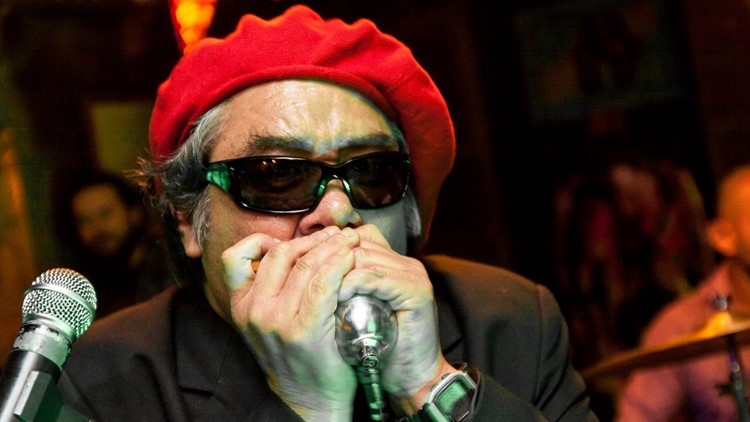 PORT ARTHUR, Texas — A Port Arthur blues harmonica player who toured the world and played with many jazz and blues greats has died.

Paul Orta, 61, died at home in Port Arthur at 9:30 p.m. with his younger brothers, Johnny and David by his side his brother, Johnny Orta told 12News.

Orta toured Spain and Europe last year and was touring through November 2018 when he got sick Johnny Orta told 12News.

Orta spent his last months at home being cared for by his brothers and hospice care Johnny Orta said.

A celebration of Orta’s life will begin at 4 p.m. Monday at Melancon’s Funeral Home in Nederland with a blues jam session and remembrances in his honor.

A rosary will start at 6 p.m. and Orta will buried after during a private ceremony.

Orta, who was born in Port Arthur and influenced at an early age by Louis Armstrong, spent nine years playing the coronet in his school band according to the bio page of his website.

He quit the school band because he never got to play blues or jazz the website said.

Orta picked up the harmonica in the months after he left the school band and soon made his professional debut when he joined “The Boogie Band” at 16-years-old according to the bio.

He eventually formed his band “The Kingpins” and toured all over the world.

Orta is survived by his siblings James, Rudy, Johnny, David, Velma Wappler and Vickie McDaniel. He is preceded in death by his parents, David and Maria, and his sister Virginia Herrera.