"Lakers are purple and gold, and we have some gold and they have some purple, so we just kinda put them together." 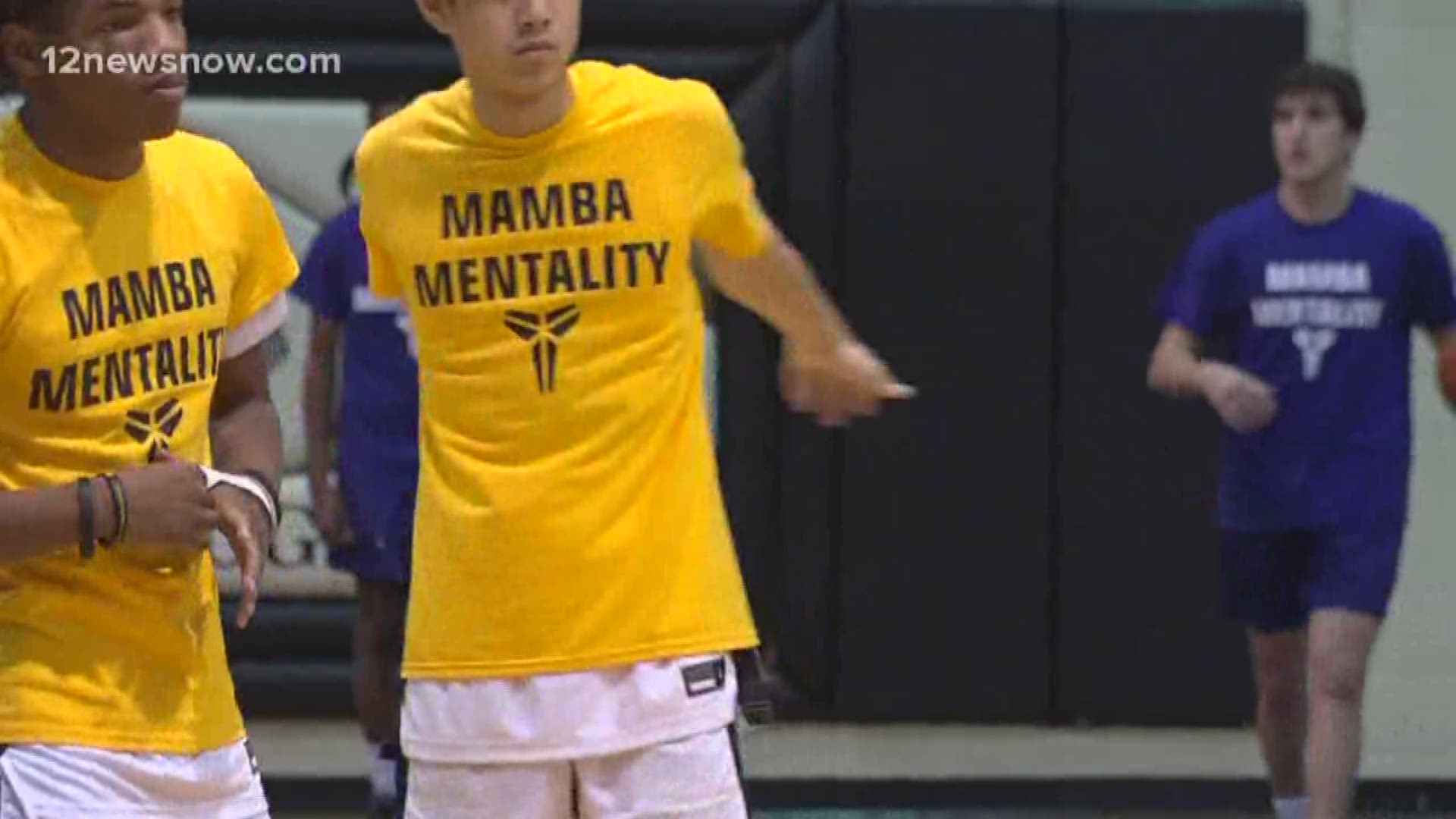 Two Southeast Texas rival basketball teams put their differences aside to honor Kobe Bryant and the legacy he left for the game of basketball.

After hearing the news of Kobe's death, it didn't take long for people to realize that he was more than just a basketball player; he was a role model to many.

"He did a lot of things for basketball. He taught kids the old school mentality, which is the mamba mentality they call it, hard work and perserverence pays off.", English told 12News.