Crews demolished the shopping center last year, but not much progress has been made since. 12News reached out to H-E-B to learn why that may be. 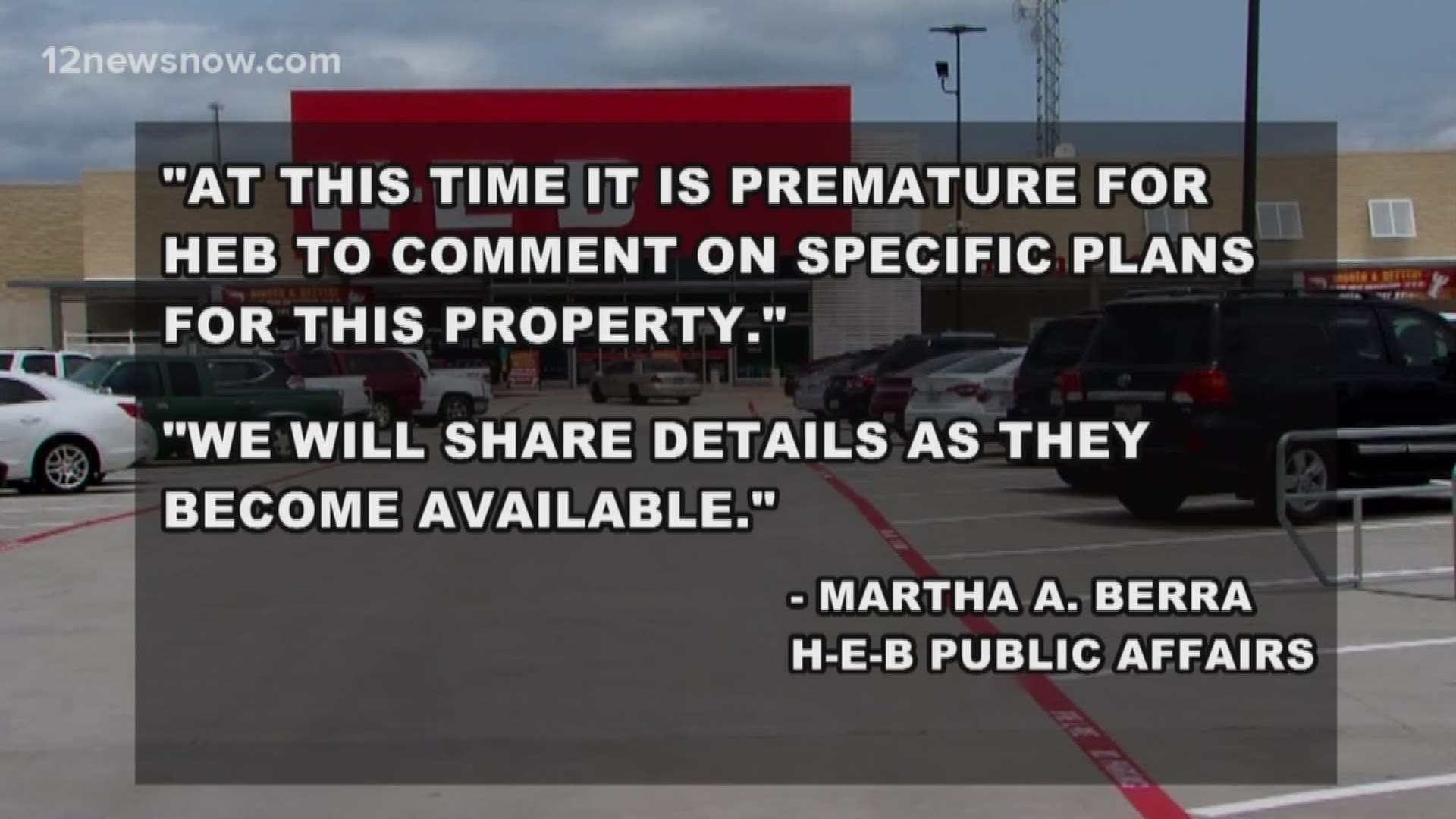 PINEHURST — People living in Pinehurst are beginning to wonder when they'll finally get their new H-E-B store. It's been over a year since H-E-B announced it's new location at the old Macarthur Shopping Center, also commonly known as the old Sears shopping center.

Crews demolished the shopping center last year, but not much progress has been made since. 12News reached out to H-E-B to learn why that may be.

Martha A. Barrera with public affairs released this statement:

"At this time it is premature for H-E-B to comment on specific plans for this property. We will share details as they become available."

Harry Vine is the code enforcement officer, flood plane manager, and building inspector in Pinehurst. He said lots of people are wondering what the hold up is.

Vine said unfortunately, he's not sure when he'll have an exact answer for them.

"From what I've heard right now I don't think we'll see anything in the immediate future, like next six months, but as time goes by that may change," said Vine.

He said flooding after Harvey may have something to do with the delay.

"My guess is that due to all of the damage up and down the Texas coast that's probably put them back behind in there timeline as to putting in new stores and improving stores," said Vine.

Vine went on to explain that the store is under what's called a 380 agreement. It allows for the owner of a property or business generating sales tax to have some of that sales tax rebated back to them. This helps defray some costs of setting up and providing a new business.

Part of that agreement is H-E-B's decision to put in a traffic light and make improvements to drainage systems and water lines. Vine said it's a great way for the city to improve its infrastructure without having to put out the money as far as financing. He said both the business and the city benefit mutually, because overtime they repay H-E-B for the improvements through the sales tax they generate.

Under the agreement, Vine believes they have until 2021 to start their projects. If they decide to not follow through with the agreement, they must notify the city. So far, Vine said there's been no indication that they may do otherwise.

Vine said like a lot of things, we have to just be patient and wait. Once he knows something, he said he'll be sure to give out an update.

Even though Vine isn't expecting any movement anytime soon, he said that could change very quickly. Lots of businesses have been inquiring about the area, which could speed things up. He said he's excited to see the city grow.

The property sits on seven acres of land. Vine believes the store will be around 68-70 thousand square-feet, similar to the one on College and 11th in Beaumont. He said we could be looking at 200 to 300 full-time and part-time jobs.

"I know a lot of people would love to have the H-E-B here tomorrow, it's just something we have to be patient and I think in time everybody will be very happy," said Vine.

Kay Shelton is one of those people that's excited for the H-E-B to get there. She's operated a hair salon near the old Macarthur Shopping Center for more than 30 years.

"I love H-E-B, we got to Port Arthur to shop and Beaumont to shop at H-E-B so I'm really excited," said Shelton.

Shelton said there are just some things at H-E-B you can't get anywhere else. She's looking forward to having one closer to home.