"Let's come and try to show our brothers and sisters and people that believe in us and love us how things should really go." 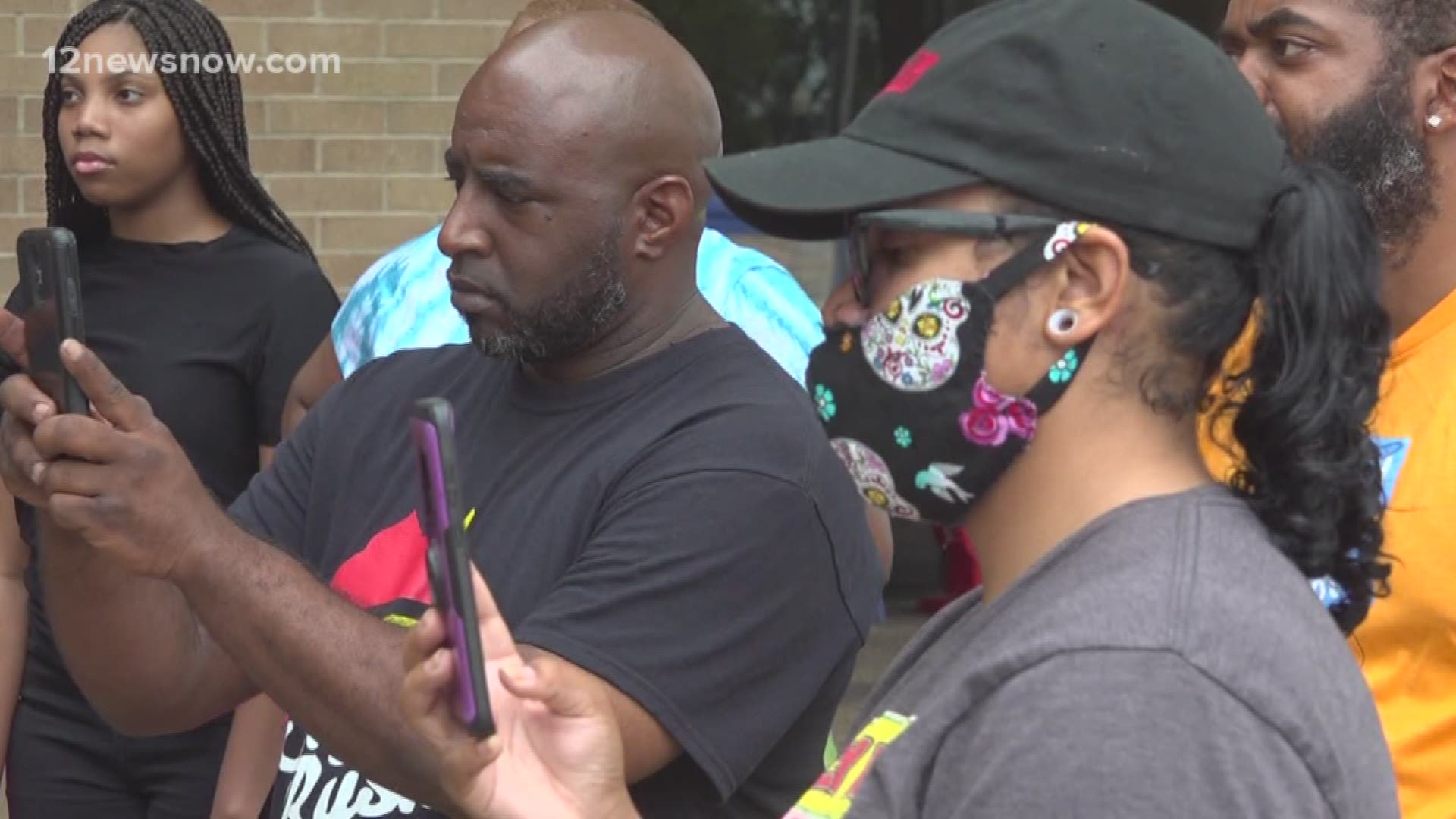 BEAUMONT, Texas — While some have gathered in Southeast Texas to call for change following the death of a man in police custody in Minneapolis, none of the protests have been violent like in other areas.

Floyd's death has sparked protests throughout the country, and even across the globe. Event organizer Dwight Landry put together the rally in Beaumont as a way for people to come together and talk about their pain.

The meeting was also intended to be a safe place to talk about solutions on how to fix racial inequality.

RELATED: Protests flare again in US amid calls to end police violence

"Let's come and try to show our brothers and sisters and people that believe in us and love us how things should really go and Beaumont is a good candidate to do that because we live next door to stuff like that. We face that stuff everyday," Landry said.

He says he hopes to have more events like Sunday's in the future.

Trina Card attended the protest with her children on Sunday. She says seeing the video of Floyd in police custody was heart wrenching.

"When he cried out for his mother that tore me to core of my being," Card said.

She said she was happy that the demonstration was a peaceful one.

"Because we can't be heard over the violence," Card said. "We need to stay calm and we need to be strategic in what it is we're trying to accomplish."

Each of those in attendance are hoping their message is heard and that changes are made for the better.

Live blog: Protests underway in Downtown Austin for second day in a row