One mother said her son, who was born with a ruptured spleen and has cerebral palsy, had to wait more than three hours to relieve himself. 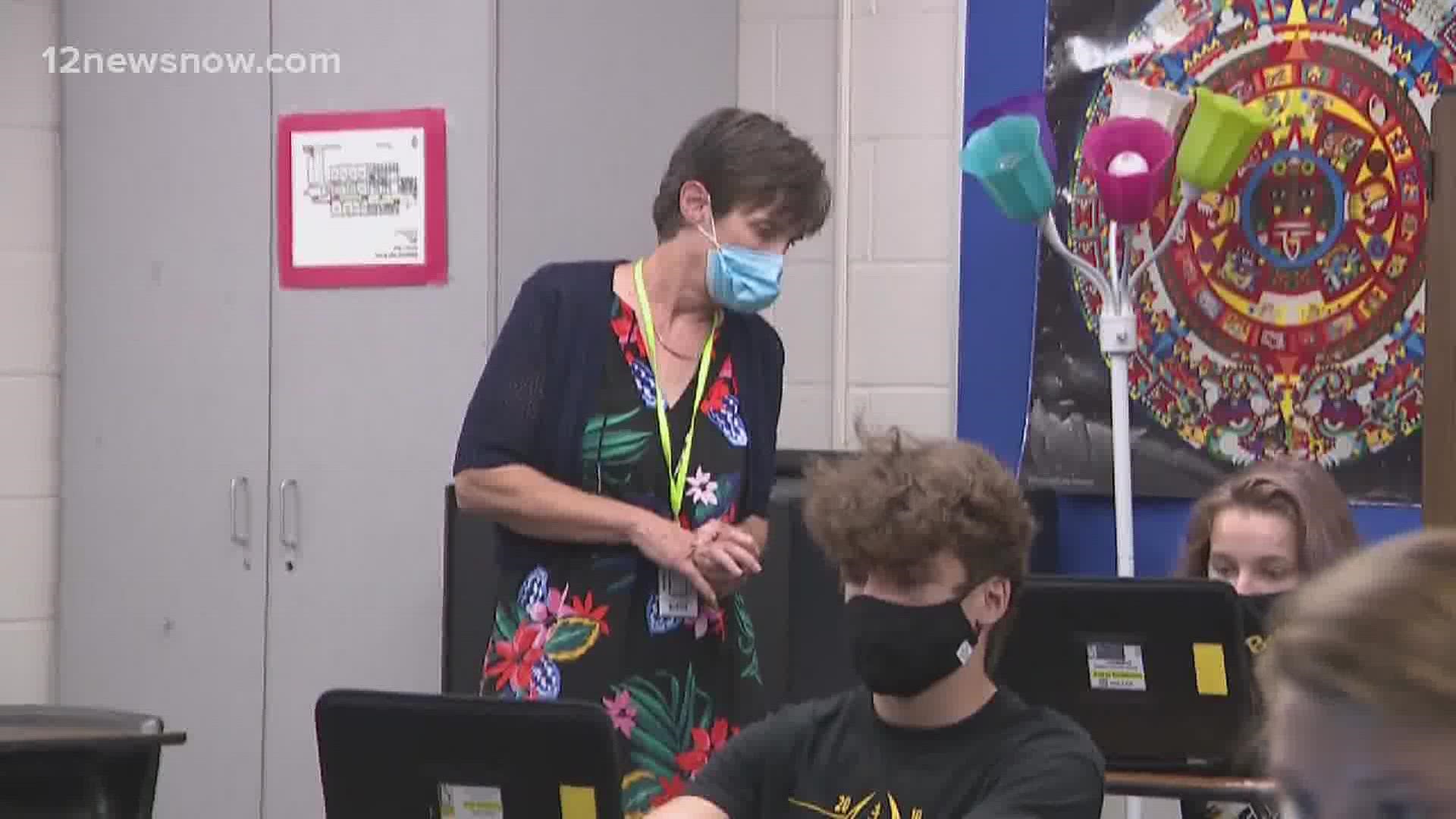 This policy stems from recent vandalization that took place at an area middle school that left restrooms severely damaged. Some Beaumont ISD parents said while they agree that some things need to be done, there has to be a better solution to the problem.

Despite the accommodations promised to students with medical needs, one Southeast Texas mother said her son was denied the right to use the bathroom.

“He has to kind of hobble around, and he was telling me that, he was like, ‘Mom, it takes me so long to get in between classes. I don't have time to go in between,’” Jolynn Benson, Beaumont ISD parent, said.

Benson’s son goes to Marshall Middle School, was born with a ruptured intestine and has cerebral palsy. The Southeast Texas mother said her son had to wait for more than three hours to relieve himself.

“After lunch, he had to use the restroom, and when he tried to go into the bathroom, one of the teachers stopped him and told him no, that it was not his time to go, and that he wouldn't be able to go,” Benson said.

Benson said she feels that school officials should tell parents if their child destroys school property, and then the student should be disciplined at home.

“We have to teach our kids that they can't destroy public property. If they do that, there'll be consequences for them,” Benson said. “So, I feel like BISD does have to address the situation, but at the same time, we shouldn't punish every child for the choices of others.”

When asked if this new policy applied to all Beaumont ISD campuses, district officials said that every campus can implement its own policy. Currently, only Vincent and Marshall middle schools have implemented the policy.

The passes are distributed through the myHomework student planner app, which holds students and staff accountable for their time out of the classroom. It requires teachers to digitally input when the students leave the classroom and when they return.