One mom shared her story anonymously, because she feared other students would bully her daughter if they knew what happened. 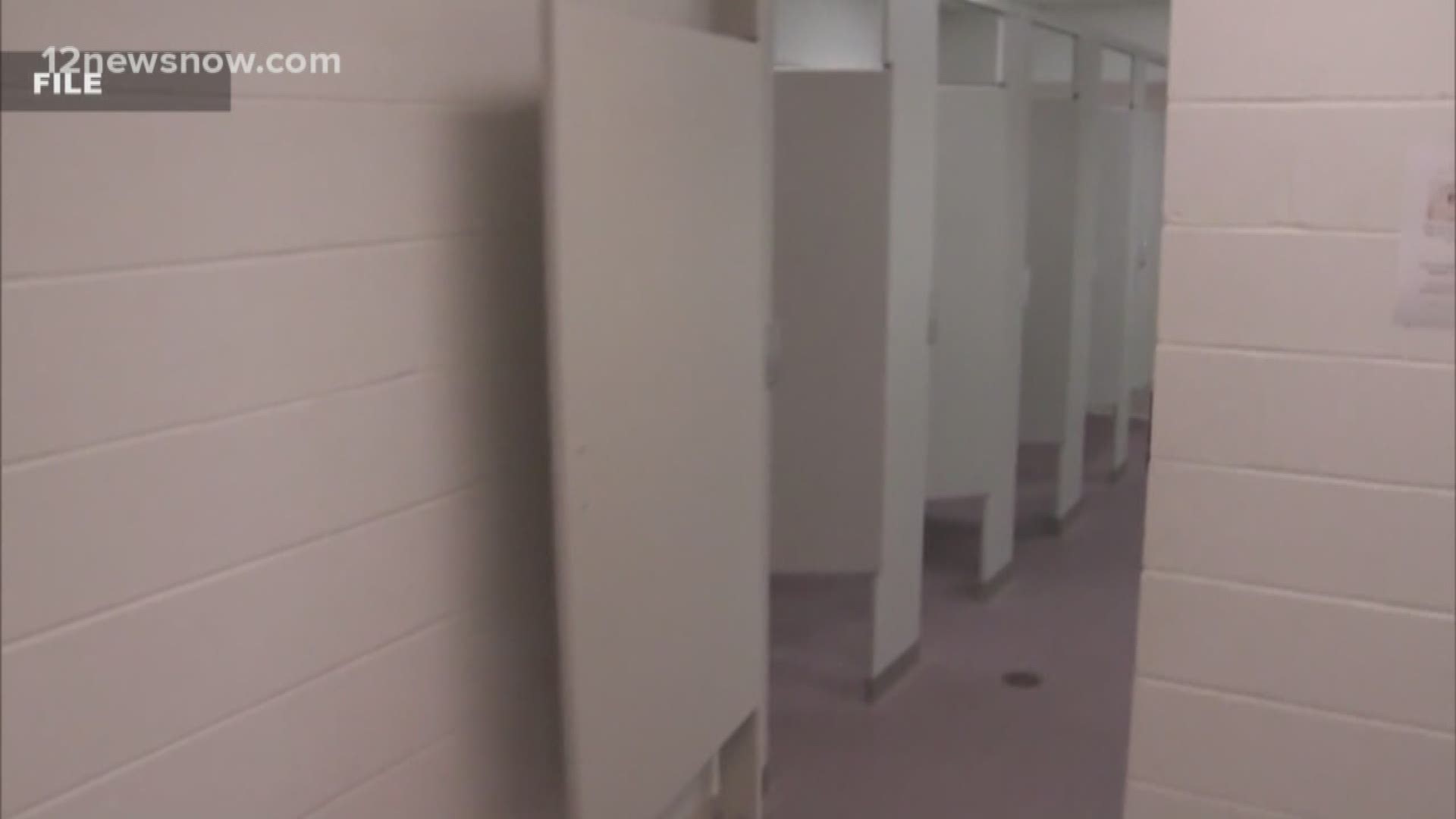 BEAUMONT, Texas — Some West Brook High School parents are voicing concerns this week about the school's restroom policy. They say students are having difficulty accessing them during school time, and it's causing problems.

The policy is nothing new, but in a closed Facebook group several parents commented that their children were having issues.

According to a spokesperson for Beaumont Independent School District: "West Brook locks some of their restrooms during class time, but there are always two sets (in the freshman hall and in the F hall/main concourse) or more open for students to access at all times. The restrooms in the cafeteria are also open during all lunch periods. During transition time all bathrooms are unlocked."

However, the parents say that's not what's happening. One mom shared her story anonymously, because she feared other students would bully her daughter if they knew what happened.

According to the mom, this year has been especially difficult for students because they went from 45 minute classes, to hour and a half long classes. She says there doesn't appear to be a universal policy concerning how teachers handle students who need to use the restroom during class. Some allow the students to go, others do not.

The mom isn't sure why the locked door policy is in place. Parents speculate that it's misuse of the bathroom, misbehavior or vaping. 12News asked BISD why the administration does this, but never got a response.

While at least two are supposed to be unlocked at all times, the mom says the designated bathroom often isn't.

"In fact, just this past Friday my daughter had to use the bathroom during 7th period, she walks to the one unlocked bathroom, passing several locked bathrooms along the way, and it's locked," she explained.

When this happens, she says students have to find someone to unlock the restroom, taking away more class time. For her daughter, the problems started about two months ago.

"I picked up my daughter, like I normally do, and the minute she got in I could smell the she smelled like urine," she said.

She asked her daughter what happened, and the girl started crying. She explained that she needed to use the restroom during a class that didn't allow it, so she waited until lunch. When she got there, the door that was supposed to be unlocked was locked.

That's when the girl decided to wait for her next class, because the teacher typically allows students to go. However, this day, the teacher said his hall pass was stolen, and before she could even ask he made it clear no one could leave the classroom.

"At this point, she's been holding her bladder for about an hour, she's got an hour and a half left in class," the mom said.

As time went on, her daughter started to be in pain, anxious about what was going to happen. She said she was so focused on holding it, she was unable to pay attention the entire class. By the time class was dismissed, she couldn't hold it any longer.

"She completely emptied her bladder in her pants, and she was so embarrassed about it that she just went the rest of her day in urine-soaked pants," she said.

The mom explained that if it happened again, the daughter needed to call her and she'd bring her a change of clothes. She then emailed the principal. She says the principal replied in a timely manor, and reiterated the school's policy, and made no indication that it would ever change. The principal also told her if her daughter had a medical issue, she could bring a note from her doctor, but the mom says that's not the case.

"I understand what she's saying, but I'm telling you as a parent who's watched her child go through this, and talking to other parents, these bathroom doors are not being unlocked consistently when they're supposed to be unlocked," the mom said.

She went on to say that no teenager would ever choose to urinate on themselves. About two weeks ago, almost an identical situation happened again to her daughter. That time, she said she texted her and she was able to bring a change of clothes, but the time spent in the nurse's office was time taken away from the classroom.

The mom also says it's difficult for students to go between classes, even if they can find an unlocked bathroom, because of the school's tardy policy. If students have too many, they can't be exempt from exams.

She feels the school is creating a bigger problem, because it's a health risk. She says it's not healthy for children to hold their bladder for hours at a time. The mom also says its not emotionally healthy for them to have to suffer through the anxiety and fear of knowing they may urinate on themselves if they can't find an unlocked bathroom. It can also cause bullying, alienation and mistreatment by peers.

The mom says she and her daughter love the school, they're happy with the education she's received, and the programs and clubs offered. This is her biggest complaint, and she says her daughter isn't the only one.

"This is under-reported because it's such a sensitive issue, and children are afraid of letting people know about what happened," she said.