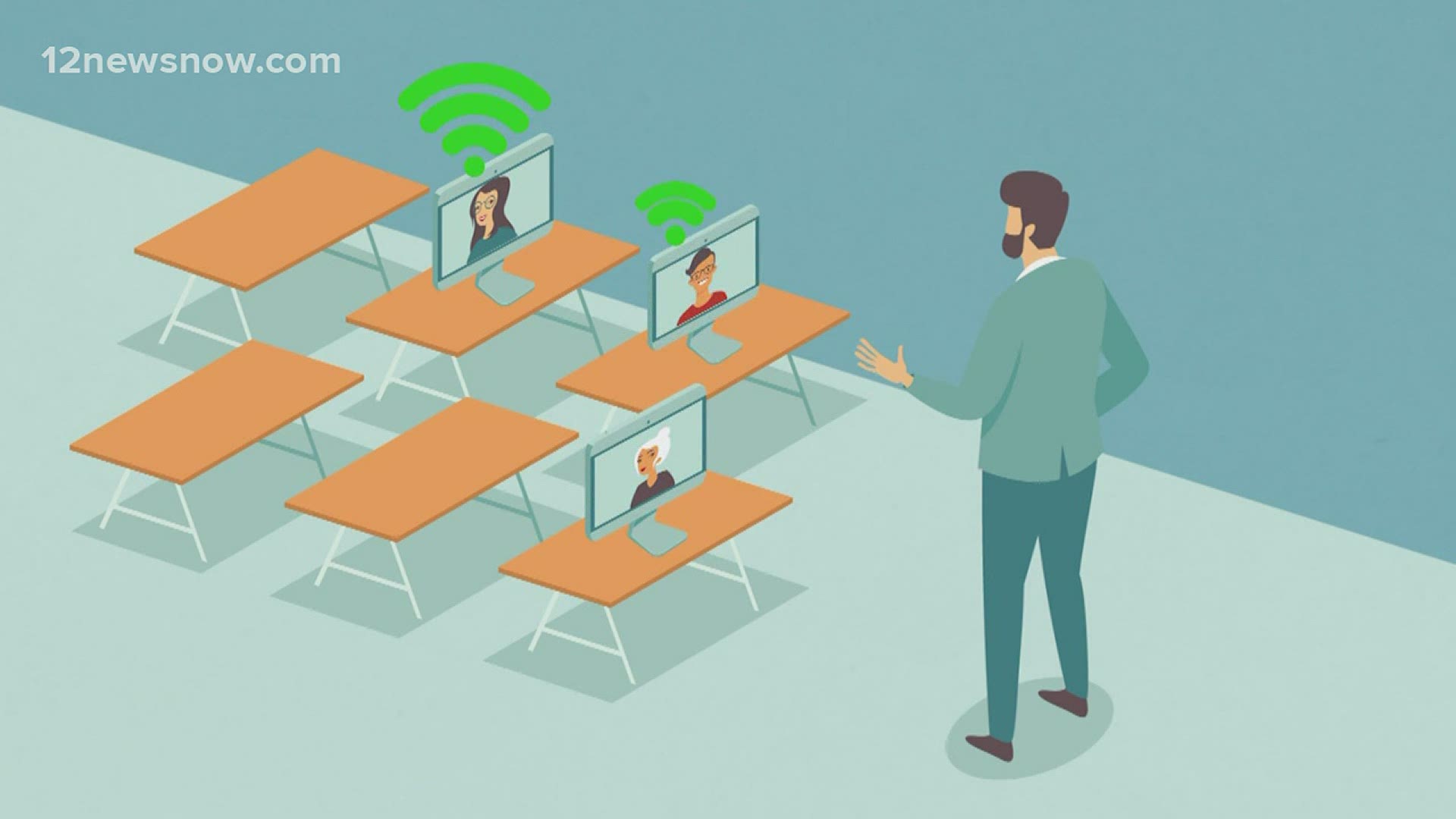 TYLER COUNTY, Texas — School districts and state leaders are trying to find a solution for the 'Digital Divide.' Some children don't have internet access to allow them to take advantage of virtual learning.

State Representative James White says expanding broadband to more rural areas is something he's been working on for a while now.

In the counties he represents, there are many areas where there is little to no internet access.

Some of these spots are found in Hardin, Jasper, Newton, Polk and Tyler counties.

Right now, he's working with school districts to see what can be done for those kids.

Money from the CARES Act could help.

Governor Greg Abbott is allowing $200 million from the act to be given to schools to spend money on laptops, computers and hot spots for all students.

There's also the Erate Program, which involves money from the Federal Communications Commission for internet equipment and services earmarked for Texas schools and libraries. However, that money doesn't cover 'off-campus' internet equipment or services like hot spots.

RELATED: Nearly 500,000 Texas youth are considered 'disconnected' | Here's what the state is doing to reach them

Many schools are expanding broadband outside school walls.

Parents can bring their kids to the campus parking lot, download the work their kids need, and go home to complete the assignments.

"With the resources of our local school districts, I think in a relatively short time, because it's urgent, right; we can start narrowing if not erasing these connectivity challenges," White said.

White says he spoke with internet providers like AT&T and they're working to expand their services to more rural areas.

Additional internet access has been added in Newton and areas in Polk counties.

50-year-old man hit, killed on I-10 Monday in Beaumont