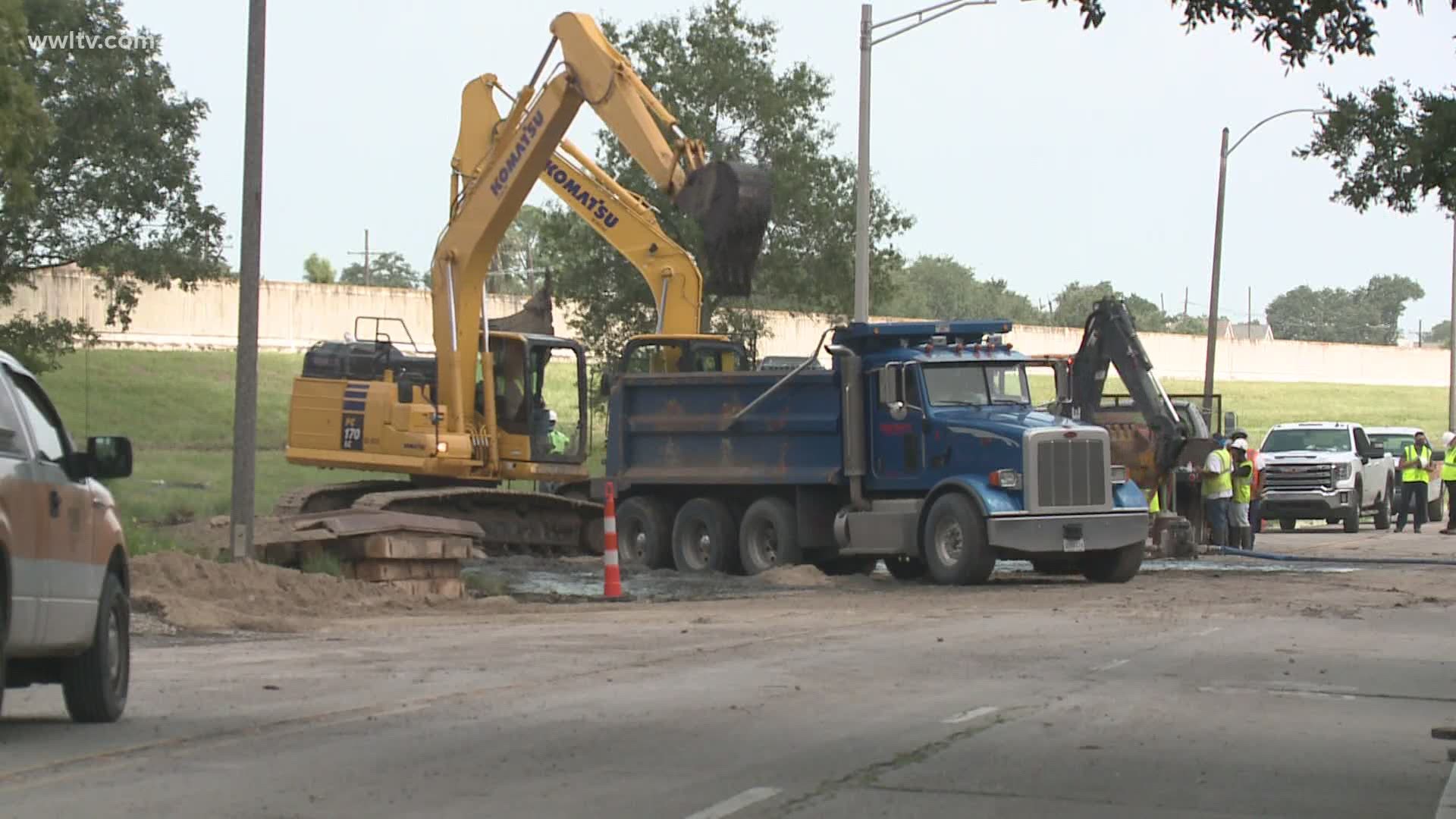 NEW ORLEANS — The New Orleans Sewerage and Water Board says their attempt to repair a large water main embedded in a levee near Marconi Drive failed Friday, forcing them to do a more extensive repair operation next week.

The repair work on the 30-inch pipe was supposed to be completed overnight, but S&WB officials said the damage to the pipe, which is housed in a vault within the Orleans Canal levee, was more extensive than they first thought.

Officials initially warned that this might be the case, and told residents nearby to prepare for a possible extension of the work.

While S&WB officials said Saturday that water pressure was stable, more extensive fixes, such as a full replacement of the pipe, could drop water pressure below acceptable levels. If that happens, a boil water advisory would be issued for affected areas.

“It takes a highly-coordinated effort to execute a repair of this magnitude,” said Ghassan Korban, the executive director of the Sewerage and Water Board. “We want to thank our customers for their patience and understanding as we work to execute this repair.”

RELATED: Reports: TikTok deal with US in the works Saturday