The City of New Orleans even responding on Twitter, writing: "Your headline is not factual and there are multiple inaccuracies in this reporting" to one outlet. 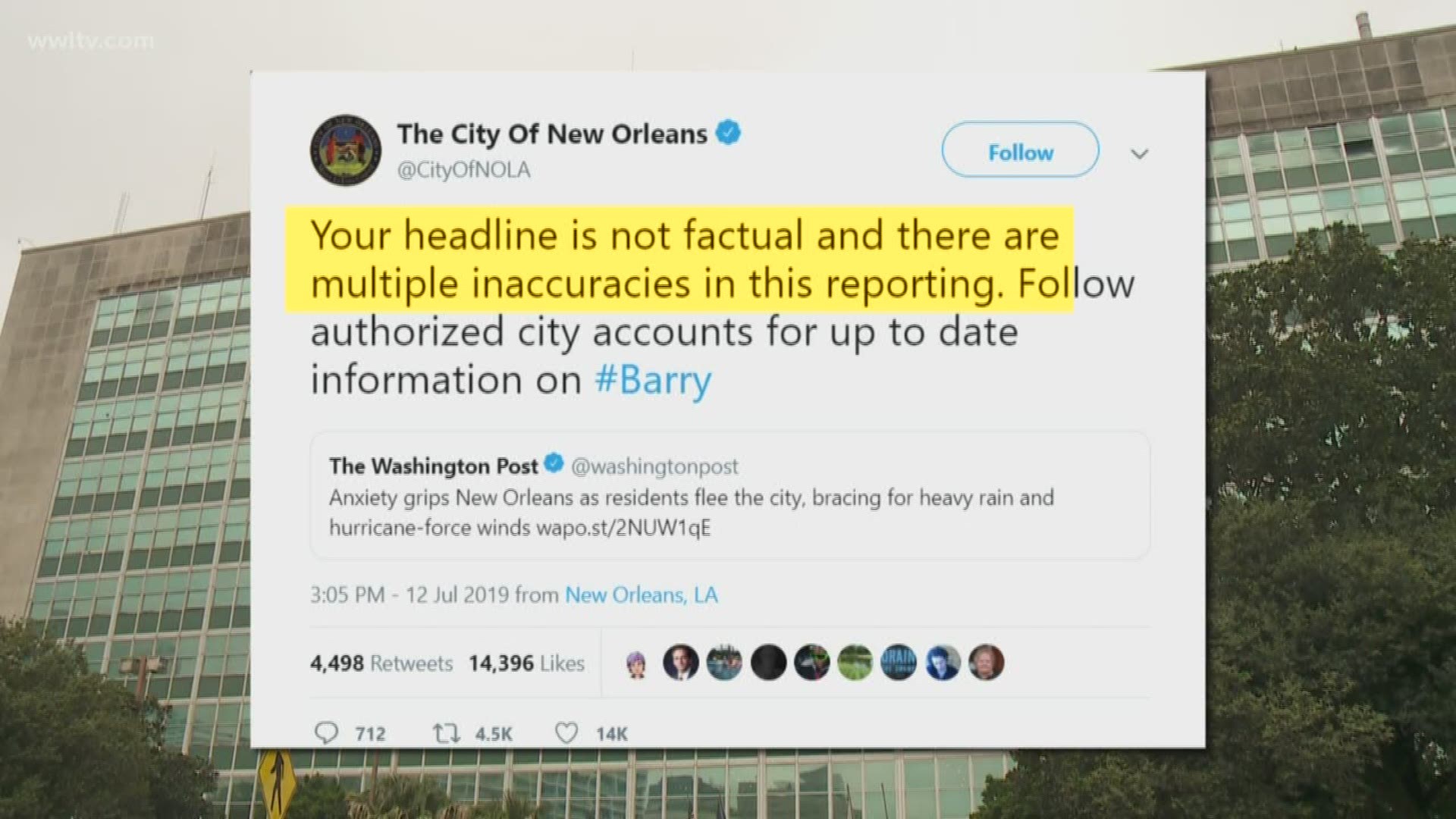 NEW ORLEANS — There's frustration over how some national news outlets covered Hurricane Barry, and some claim reports put panic and unnecessary fear in those who had loved ones in the storm's path.

As Barry inched towards Louisiana, local TV stations worked around the clock giving viewers needed updates. National news outlets were doing the same.
Newspapers were busy posting reports while reporters gave their viewers an idea of what it was like.

Some reports, viewers say, didn't paint the whole picture of what was happening. That included one particular report from the Weather Channel that said graves were floating in a cemetery in Jefferson Parish.

An article from the Washington Post titled in part: Anxiety grips New Orleans as residents flee the city annoyed readers.

They claimed the headline incited fear and showed an inaccurate picture of two people fleeing. Comments flew and some ironically posted pictures of how "anxious" they felt.

The City of New Orleans even responding on Twitter, writing: "Your headline is not factual and there are multiple inaccuracies in this reporting."

The storm for the most part has moved out of the area and while some are cleaning up many in New Orleans are breathing easy, thankful it wasn't worse -- the worst of the storm impacts hit to the southwest, in St. Mary, Plaquemines, Terrebonne and Lafourche parishes.

RELATED: Our rain from Barry is over; summer heat returns Tuesday