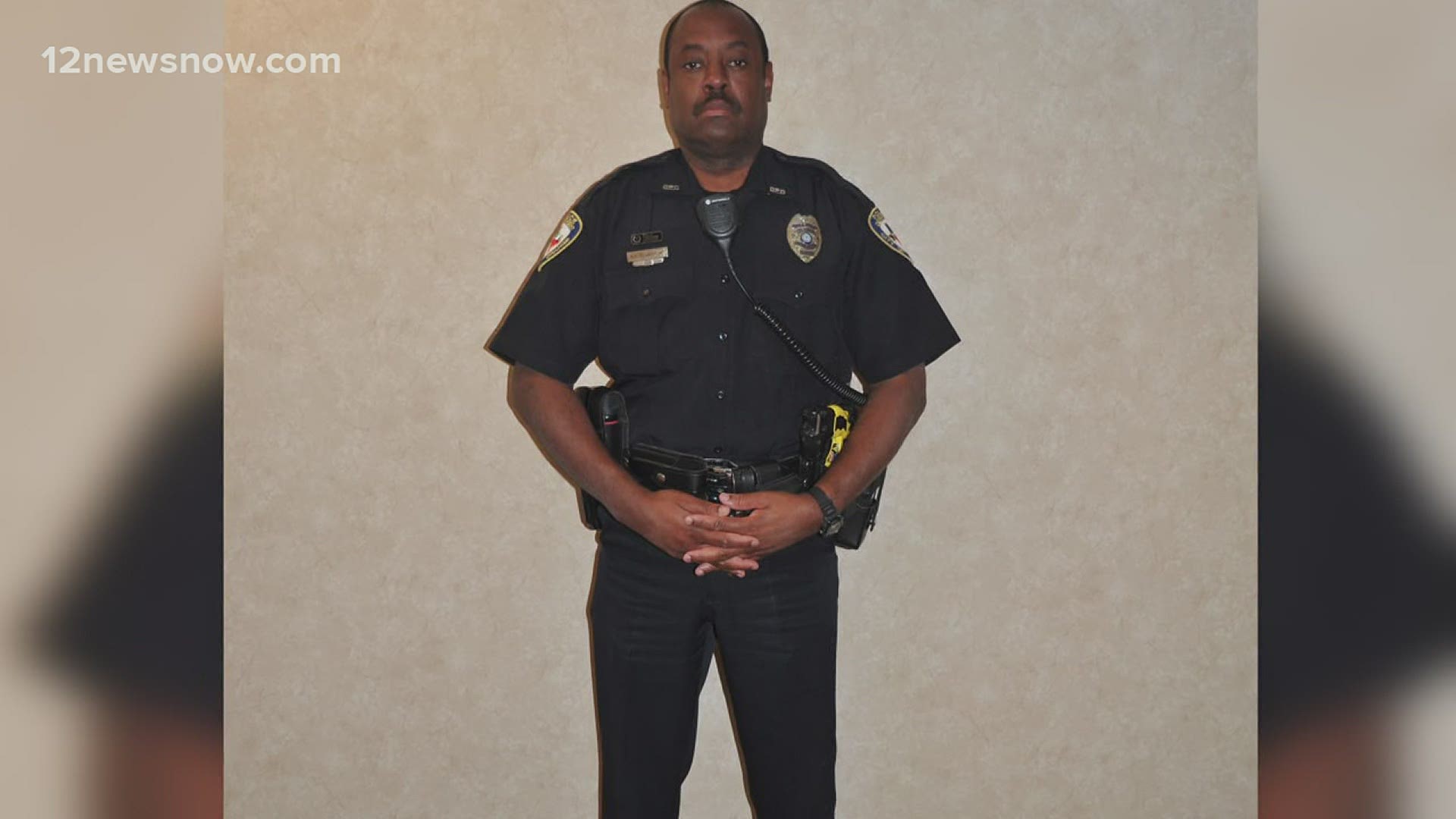 ORANGE, Texas — The Orange Police Department is saying goodbye this week to a beloved detective who died months after having a stroke.

DeVault, who had been with the Orange Police Department for nearly 22 years, was known as "Popsi" to his coworkers who said he was like family to them.

ars and said Devault was the kind of man that people could trust with their lives.

“He was a good person, and a great officer,” Claybar said. “And I'll miss him, and to talk about him in past tense will seem bizarre for quite a long time.”

After knowing him for more than two decades, Claybar is left with memories of working by Devault’s sides, the continuous laughter they shared and DeVault’s deep voice, he says.

DeVault was a brave, loyal and dependable man who had a gruff exterior but a servants heart, Claybar said.

“He would always make a make a point to, to speak to children,” he said. “Not just speak but, kneel down and engage with him, and that was important to him."

DeVault’s work ethic and life lessons will be with the community for decades to come, Martin said.

“The lessons he taught our new cadets … how to do the job right, how to treat people, those lessons are invaluable,” he said. “You know, those can't be replaced.”

In April 2021 the Orange County Sheriff’s Office asked the Southeast Texas community to show their support at a prayer vigil for DeVault and two deputies who were all battling health issues at the time.

At the time of the vigil Orange County Deputies Dru Crochet and Scott Barnes were both recovering from COVID-19 while DeVault was hospitalized due to the stroke.

Funeral arrangements for DeVault are set for August 7 at Borden Chapel Baptist Church. It's located at 3495 Roland Road in Beaumont. Visitation hours are from 10 a.m. until service at 11 a.m.