”They’re endangering our children – not only my children but everyone’s child that crosses through here.” 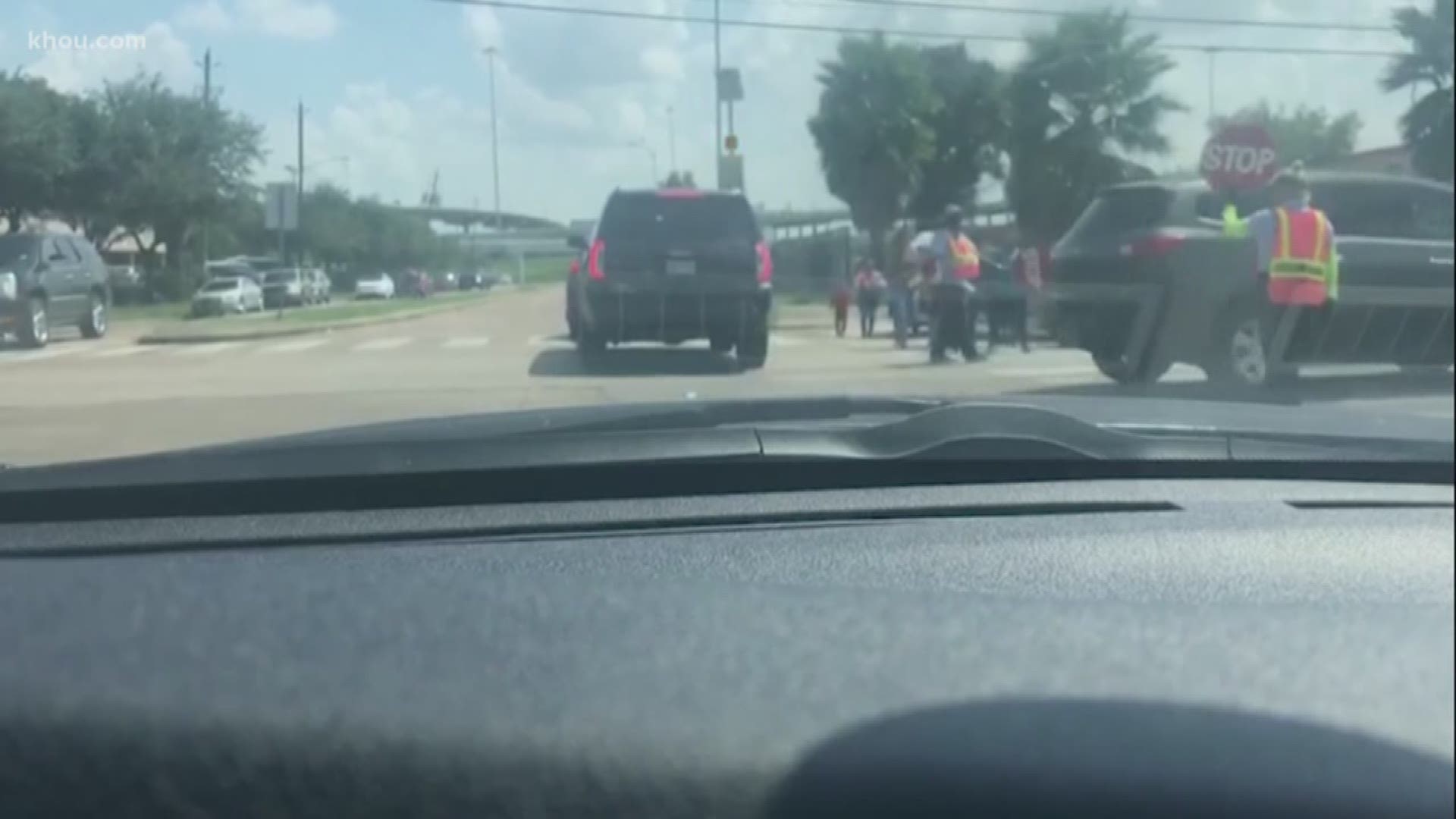 HOUSTON — One Houston mother is calling out drivers in school zones who whiz by crossing guards trying to guide kids and families across streets before and after school.

Sylvia Botello says she records drivers ignoring crossing guards with groups of kids, and claims there are dozens of violations every day.

”I’m afraid that one of those days is going to be the day that someone’s going to get hurt and I want to have the record of me trying to get someone out here to address the situation," said Botello.

Botello says she called Houston Police and discussed with the assistant principal without any success.

RELATED: Driver accused of nearly hitting girl getting off school bus has been arrested: HPD

RELATED: Passing a school bus could get you a $1,250 fine

”Other people just don’t respect those signs while kids are crossing," said Botello. ”They’re endangering our children – not only my children but everyone’s child that crosses through here.”

One crossing guard and other parents tell us they’ve seen cars blow past guards in these crosswalk before.

Texas Transportation Code says someone who ignores a trained crossing guards directions can be fined up to $300.

Botello wants Houston Police to come out to write tickets. Houston Police's traffic enforcement division tells KHOU they are looking into this complaint.

Here is the full statement:

"It is a police issue when cars disregard crossing guards or traffic laws in general. The HISD Police Department has provided extra patrols at Crespo Elementary School to address traffic control concerns. Also, the Houston Police Department has informed us it will assist with traffic enforcement at a number of our campuses."