The popular cowboy narrative often excludes Black people from the horseback riding American folklore. However, historians estimate that 1 in 4 cowboys were Black. 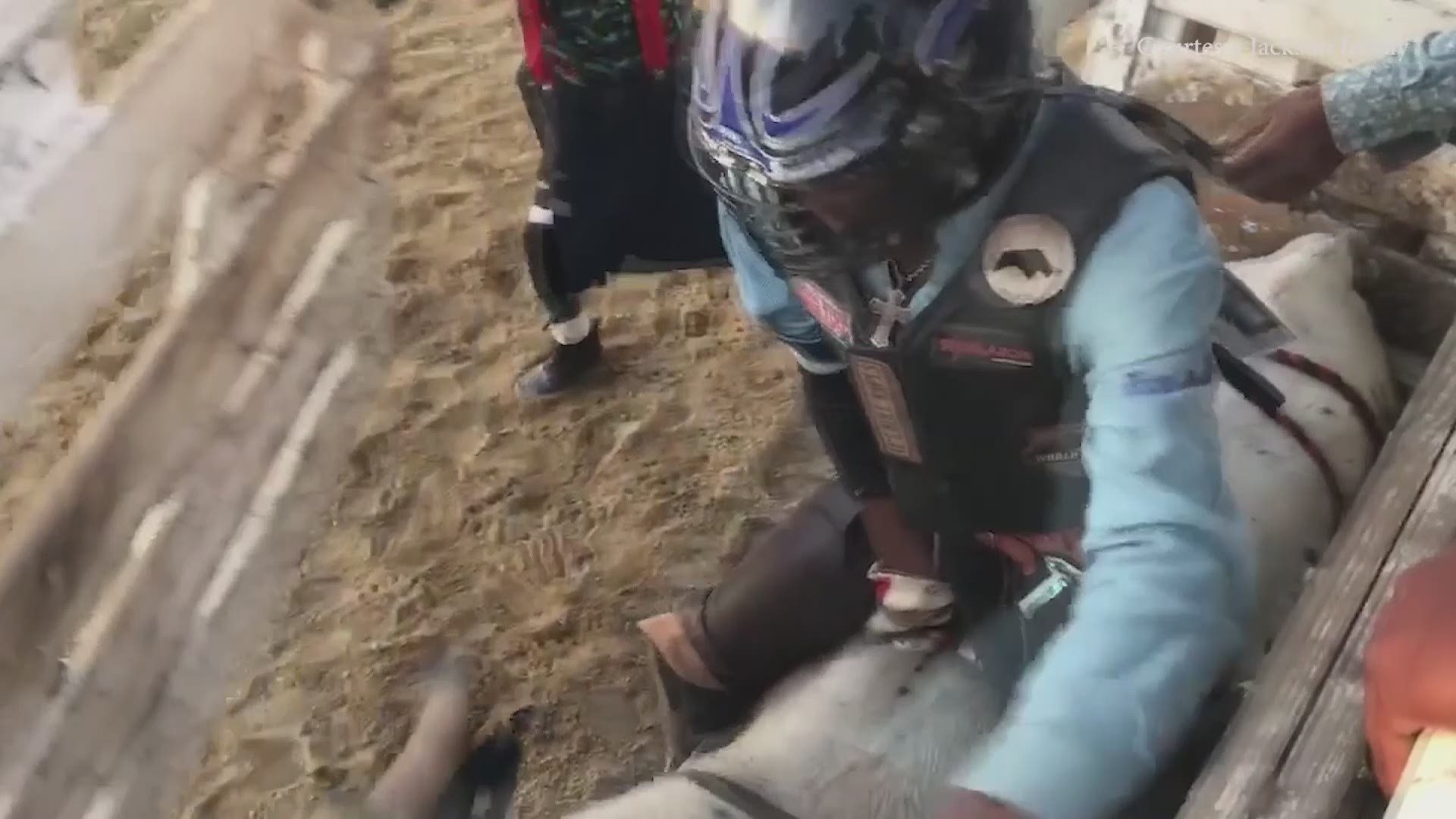 UPPER MARLBORO, Md. — No one would have guessed that the 2020 Junior World Bull Riding champion would hail from Prince George’s County. The county is known for producing top NBA talent. But now, 13-year-old Nicholas Jackson has put the area on center stage for bull riding, as the first champion from Maryland to hold the title, according to his family.

Jackson is a fifth-generation cowboy living in Upper Marlboro, Maryland. His granddad, great-granddad, and great-great granddad were all cowboys, passing down the family legacy of rural living and horse training in Maryland.

The popular cowboy narrative excludes Black people from the horseback riding American folklore that is glamorized in movies and books. However, historians estimate that one in four cowboys were Black, according to the Smithsonian Magazine. Nic’s success is helping to break down the racial barriers of what cowboys look like and where they come from.

Nic started riding mini bulls at the age of seven. As he got older, the bulls got bigger and his skill set continued to grow with the help of his dad, Corey Jackson. Corey and Nic have a special relationship, not only as father and son, but also as trainer and trainee. The two work together every day to sharpen Nic’s riding ability.

The challenge of being a bull rider from Prince George’s County is that there are no practice facilities nearby. Nic and his dad travel up to 10 hours round-trip just to practice on a live bull once a week. On the other days, he practices with a tin barrel on a rocker. Corey pushes the rocker from behind to simulate the bucking of a bull while Nic rides.

“We have an 'away from the bull' practice regimen and routine that is pretty good,” said Corey. An unusual routine that has earned Nic a championship.

Bull riding is not a big sport in Maryland. Nic became so good that he was winning every competition in the region. Corey quickly realized that his son had become a big fish in a little pond.

The father and son duo began to travel to states like Texas, Mississippi, and Oklahoma, where the boys rode bulls all the time. Nic’s first competition in the south was a bust. He wasn’t used to the big stage and lights. They came back home to Maryland and adjusted their practice regimen.

The next year, Nic went back and won fifth in the world. And in 2020, Nic returned for his third try and became the Junior World Bull Riding Champion.

“Their faces are kind of surprised because they ask where I’m from and we say, 'Maryland'. They didn't know that there are cowboys here,” said Nic.

“As they announce him, they'll say, ‘Nicholas Jackson … from Maryland?’ And they'll normally make a funny comment, like, ‘Are there any cowboys in Maryland?,’" said Corey.

“It's the obvious thing that he is Black,” said Corey. “But the thing about that is, if you go to Texas, Oklahoma, Louisiana, Mississippi, California, there are tons of young Black rodeo competitors. But what we don't see is a lot of us on those bigger stages.”

It’s expensive to compete in rodeos. Many Black competitors lack sponsorships and have to pay the competition fees out of pocket. Some fees are upward of $400. Once travel and lodging costs are factored in, the bill can become pretty hefty. Nic’s mom, Robyn, home-schools him so that he can compete.

“I get the novelty. Because the fact is, Nic is one of few if not the only one when we travel to these events,” said Robyn. “But on the other side, if you just look at my lineage, horses and Black men go hand in hand, to me.”

Robyn’s cowboy family history dates all the way back to the emancipation of slaves in the Upper Marlboro area.

Robyn grew up riding horses as well. She met Corey at the Bill Pickett Invitational Rodeo, an all-Black rodeo, at Prince George’s County Equestrian Center. She knows first hand just how fun and dangerous it is to ride live animals.

Her prayer is that Nic exits the arena just as he entered. There are inherent risks to riding bulls but she tries her best to minimize them as much as possible. She doesn’t allow Nic to get on just any bull, she requires to know the history of the animal he rides.

“His riding ability far exceeds his age and his strength. And so, while he's talented, while he's working hard, while he's proven to be successful, he's still 13,” said Robyn.

Nic is just getting started in his bull riding career. When he finishes high school, he wants to attend a rodeo college to get a degree in equine and bovine studies. And after that, he wants to enter into the Professional Bull Riding and Pro Rodeo Cowboys Association’s competitions.

WUSA9 is now on Roku and Amazon Fire TVs. Download the apps today for live newscasts and video on demand.

Download the WUSA9 app to get breaking news, weather and important stories at your fingertips.