The nearly $26 million project was approved in November of 2018. 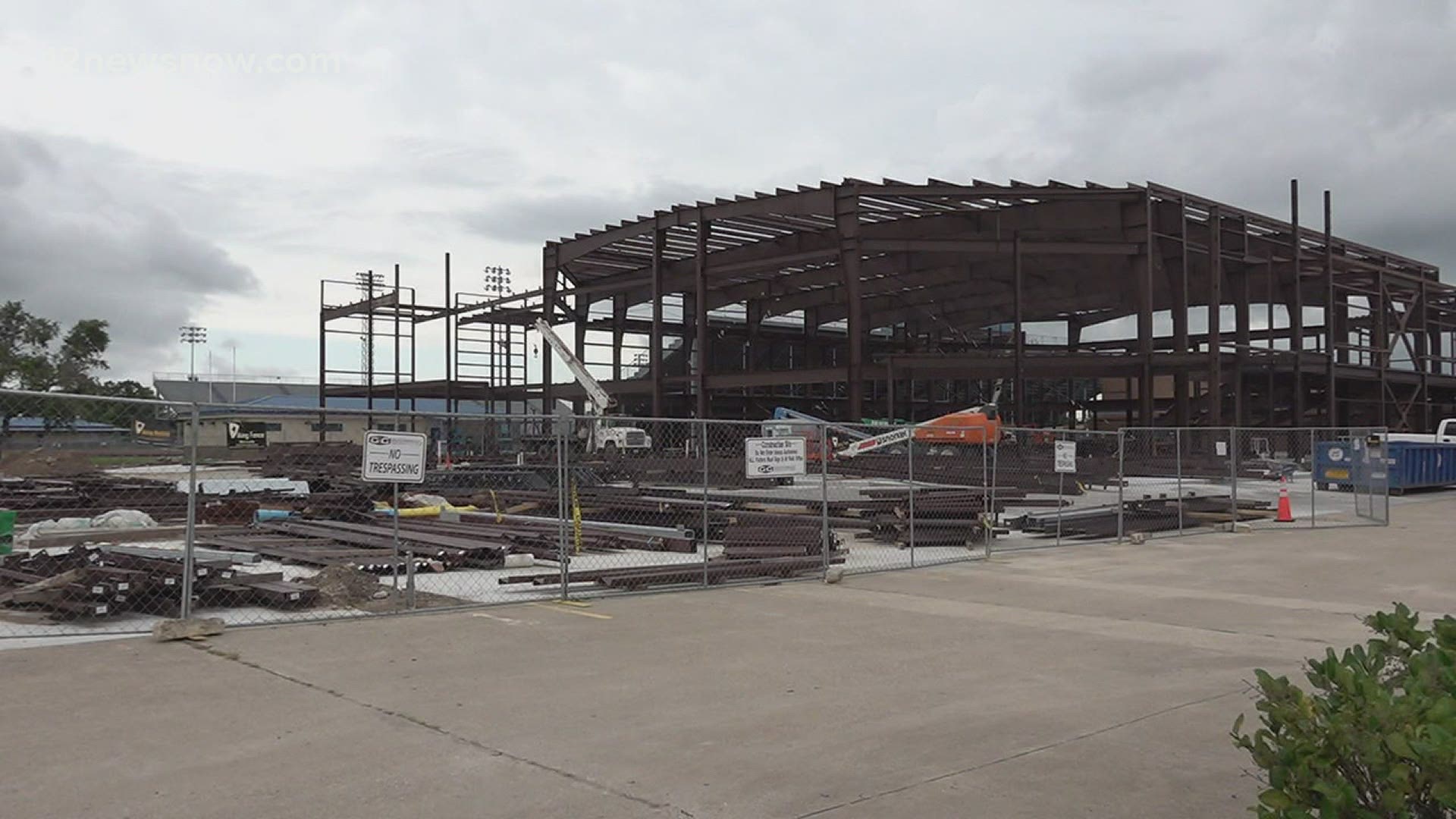 WEST ORANGE, Texas — Students and faculty at West Orange-Stark High School are looking forward to using their new football facilities at the start of the next school year.

With students out for the summer, construction in West Orange is kicking into high gear. The nearly $26 million project was approved in November of 2018.

School officials say construction on the $11 million event center is one of the final steps.

Athletic facilities have already been completed, and a state-of-the-art training facility will be in use by mustang football for next season.

"For many years people have felt like the city was dying or that it was stagnant, so to see a project like this, it speaks volumes,” Mayor of Orange Larry Spears Jr., said. “Not only to the school district and to the students, but also the community. That growth can happen. Growth is happening.”