New businesses to emerge on land near Jack Brooks Airport

The Jack Brooks Regional Airport manager tells 12News they always intended to develop land surrounding the airport, but it's not an easy process. 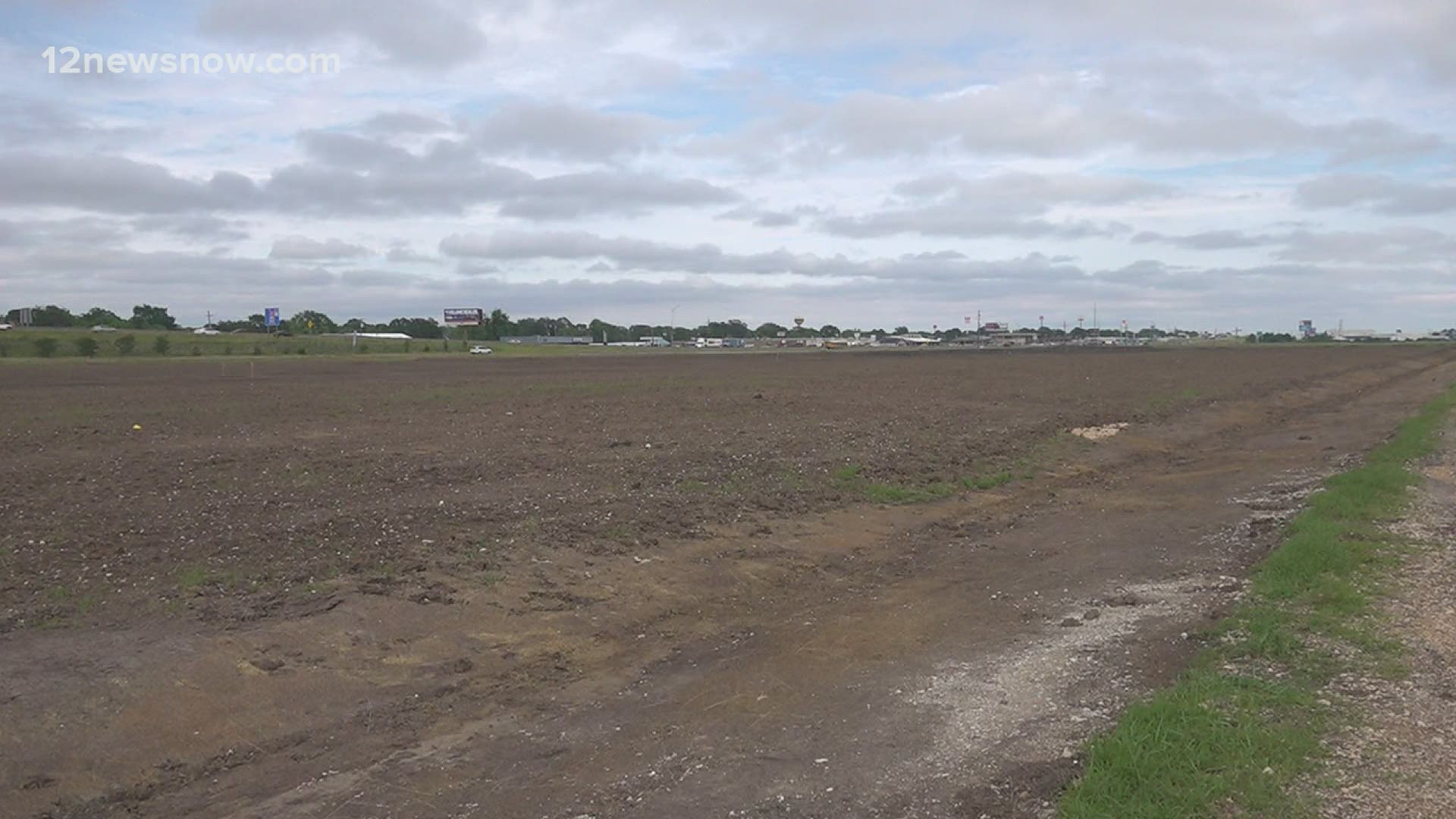 BEAUMONT, Texas — A developer wants to turn a patch of empty land across from the Jacks Brooks Regional Airport into a sprawling set of businesses.

Developer Henry Labrie laid out his vision to the county this week. He has eight acres to work with.

They can't sell the property. They had to sign a long-term lease.

“We felt like that this is the appropriate and timing especially for this type of development,” Labrie said.

The well-known developer across Southeast Texas secured his next big project.

“The second one is called a Derrick building, kind of like the feeling and type that type format, the history, the little black plates on the top, where the people can put their signs. It'd be 1,500 square foot spaces also,” Labrie said.

On Tuesday, he shared detailed plans with county leaders on what can bring a new look to Jack Brooks Regional Airport.

“He's planning to put five or six buildings, I think five,” Rupp said. “I think the square footage of the buildings, each one is going to be just shy of 12,000 square feet, each with a company parking lot and I guess a circular road around for access.”

It's all planned for the public land right in front of the airport. The airport manager says this has been in the works for awhile.

This isn't Labrie's first time doing business with the airport.

“Now July, the previous year, he leased, some land from the airport and he built those new buildings you saw when you come in and by the tax office, he did those,” Rupp said.

“It also generates a lot of awareness for the airport itself,” Rupp said. “A lot of people that may know we're here, but only know as they drive by, well, new companies here, maybe, they visit the company goes home, next time we're playing on a trip. That's a key element for the airport's reflection.”

The developer has already signed the long-term lease for the land, but everything is still in the early stages. We'll keep you updated as we learn more.