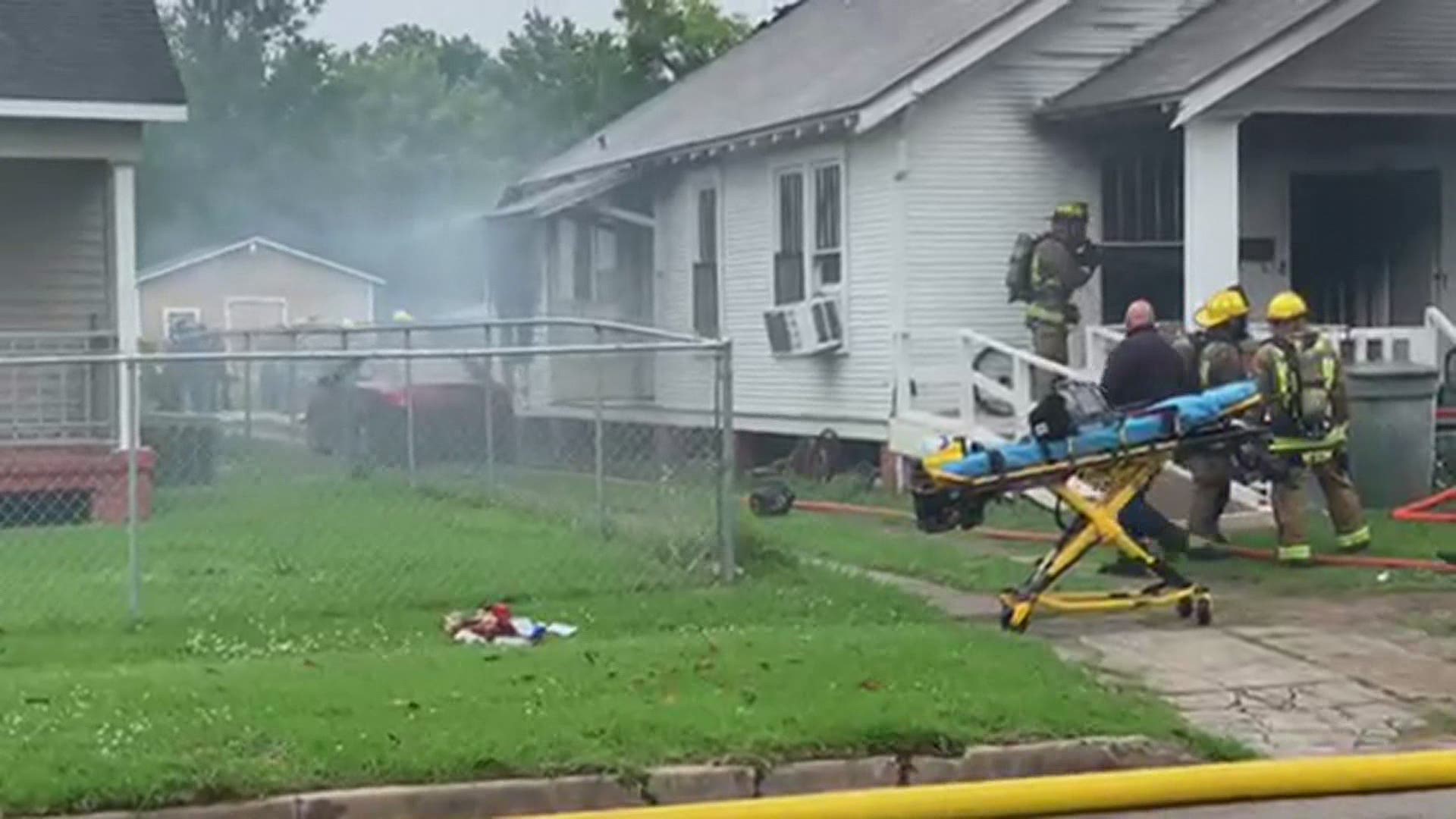 BEAUMONT, Texas — A man is in critical condition at St. Elizabeth Hospital after being pulled from a burning home Saturday afternoon, according to District Chief Scott Wheat with Beaumont Fire and Rescue.

Before Beaumont firefighters arrived at the scene, neighbors rescued two people from a burning home in the 2600 block of Grand Avenue around 2:30 p.m. Saturday.

One of the men was rushed to the hospital by an ambulance after first responders performed CPR on him at the scene. The reason he’s in the hospital is not directly related to a fire or heat injury, Wheat said.

Another man injured his arm during the incident, but he was not burned.

12News crew was at the scene. Nearly 40 percent of the structure was involved with smoke coming out of all of the openings, Wheat tells 12News.

The back of the home appeared to have the most damage from the flames, Wheat said. Firefighters believe the cause of the fire was accidental.

1 / 4
E.J. Williams
12News crew at the scene saw at least three people taken out of the smoky home on Saturday afternoon.