A Nederland mom is remembering her daughter by serving as an outlet for younger children experiencing mental health issues and grief. 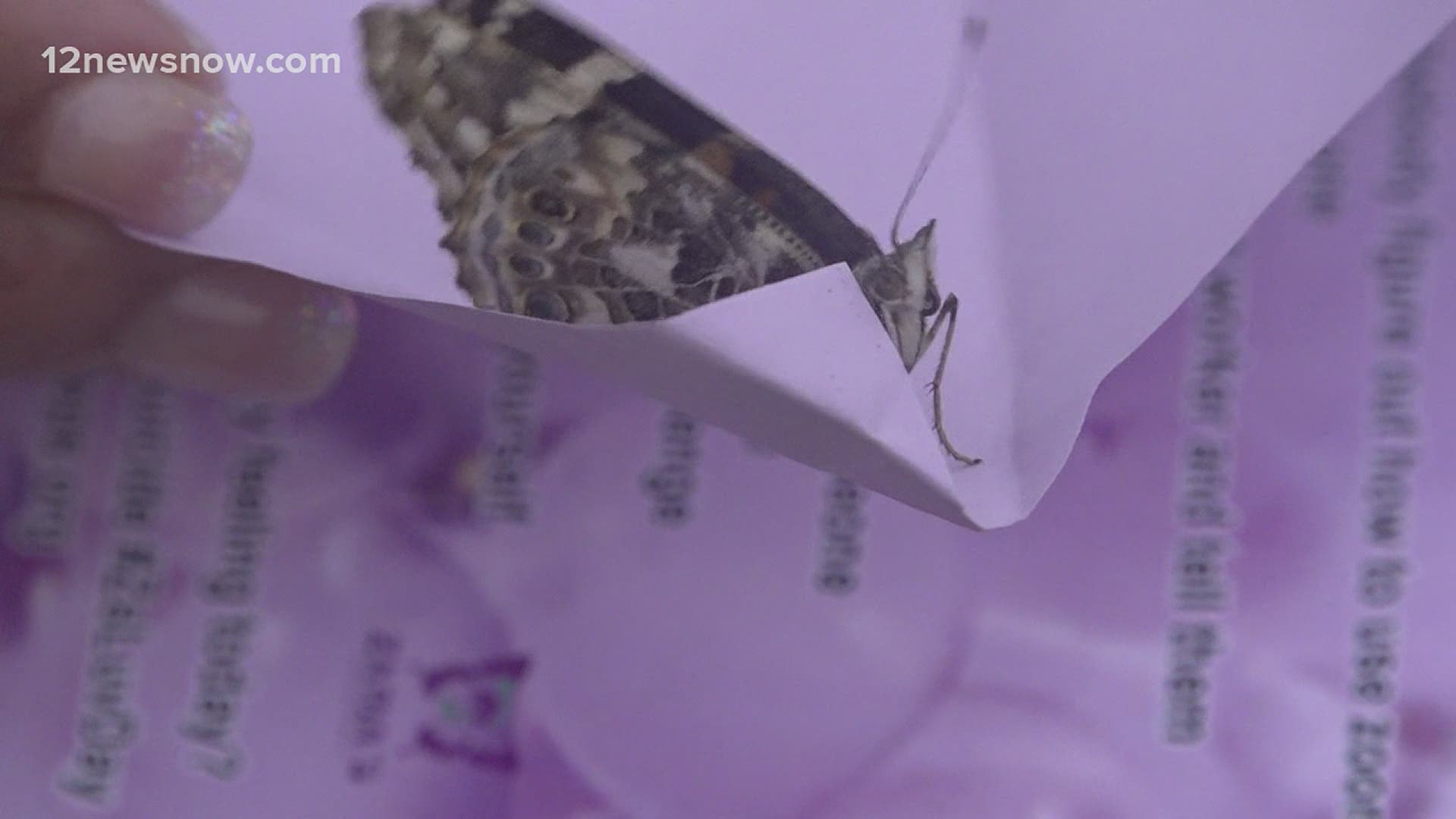 NEDERLAND, Texas — A butterfly release on Wednesday honored the life and legacy of one Southeast Texas teen who left the world too soon. Her family has created a program to help others like her who are struggling.

A Nederland mom is remembering her daughter by serving as an outlet for younger children experiencing mental health issues and grief.

Kandice Kennedy has made it her duty to save children three years after her daughter took her own life.

“We just have to also address the problem. And not only address it, but also make it to where people can get the help,” Kandice Kennedy said.

Kandice Kennedy is on a mission. “I lost my daughter on Valentine's Day in 2018,” she said.

Zaria M. Kennedy took her own life at just 16 years old. Her mother says she was a loving teen who didn't seem to show warning signs of suicide.

“You can't look at someone and tell them that they're depressed, or they have anxiety. They have a mental illness, those things you can't look at,” Kandice Kennedy said.

Less than a month after her daughter's passing, the non-profit organization Zaria's Footsteps was created. One of the main goals is to support a suicidal hotline number for young people to call when they feel they have no one else to talk to.

“Like 238,000 suicides. Just this year, not talking about last year,” Kandice Kennedy said.

On Wednesday, outside of the Port Arthur YMCA, Kandice Kennedy released butterflies where teens have been able to meet for support through Zaria's Circle Grief Panel.

A small creature that meant the world to Zaria Kennedy is now bringing comfort to her mom.

“Sometimes when I'm weary and I'm doubting myself, I always get a butterfly,” Kandice Kennedy said.

Now, she's encouraging parents to look out for a different sign, a sign that your child may be struggling.

“I say behavior changes may be something, you know. Grade may be the number one thing, eating, sleeping, and headaches. Please on any type of medication, research it because those have a major side effect, major factor,” Kandice Kennedy said.

If you're interested in getting help, Kandice Kennedy is giving out six free therapy sessions to those in need. All you have to do is contact the hotline number 1-877-ZARIA16 or 1-877-921-4216.