Organizers have COVID-19 precautions in place, and they also have backup plans in the event of rain. 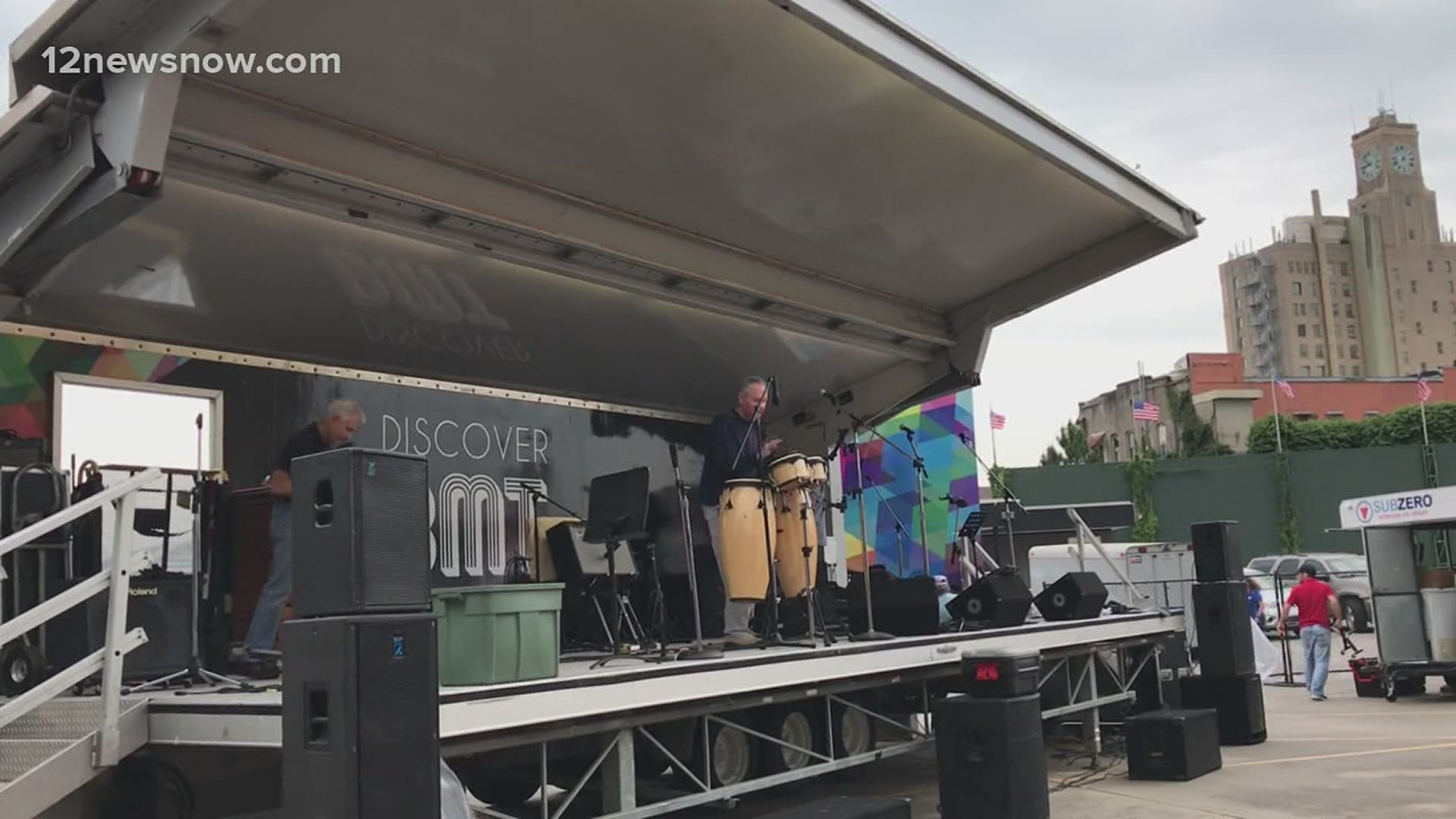 BEAUMONT, Texas — Southeast Texans will be keeping a close watch on the weather as the Neches River Festival returns this weekend to downtown Beaumont.

Organizers with the Neches River Festival have canceled the parade portion of the event due to risk of inclement weather in Beaumont.

Molly Moore with the Neches River Festival says Friday’s street party downtown is still on. Organizers have COVID-19 precautions in place, and they also have backup plans in the event of rain.

"Luckily we have the beautiful Gig behind us, and we're going to move our band in there. We're also going to have all these awnings over here filled with our activities," Moore said.

Moore says the street party, which will take place on Crockett Street starting at 5:30 p.m. Friday, will be moved inside and under cover in case it rains. The parade, however, will go on rain or shine.

According to Moore, last year's coronation took place outside at the McFaddin Ward House due to the pandemic.

She says she's grateful they stepped in to help out, but she's looking forward to a return to tradition this time around.

"Once we got through February and March, I knew we'd be able to do this the way we've always had it at the Julie Rogers Theater," Moore said.

But, Moore isn't the only one fired up to see events back in downtown.

He says events like this weekend's Neches River Festival are great for bringing people downtown and into restaurants like Suga's.

"We're within walking distance. Park one spot, come down before the parade have a couple drinks and you can head that way. Come afterwards, come back here, eat, maybe get an appetizer before, come back for your entrees," Catlett said.

He looks forward to more guests Friday night and in the months to come.

"These events downtown do help you know when we know about them and then they're coming and we can all plan and we'll say as a group downtown we really should get together on that stuff and really plan that out, and uh, so we can all benefit from it," Catlett said.

Although the past year has been tough at Suga's, Catlett says business is back up. Saturday night alone, the restaurant is already planning to host three large groups.