Killer Mike, The Juicy Crab come to resolution after complaint of roach on table

The rapper claims he was there with others celebrating his sister's birthday, when they spotted the insect on the table. 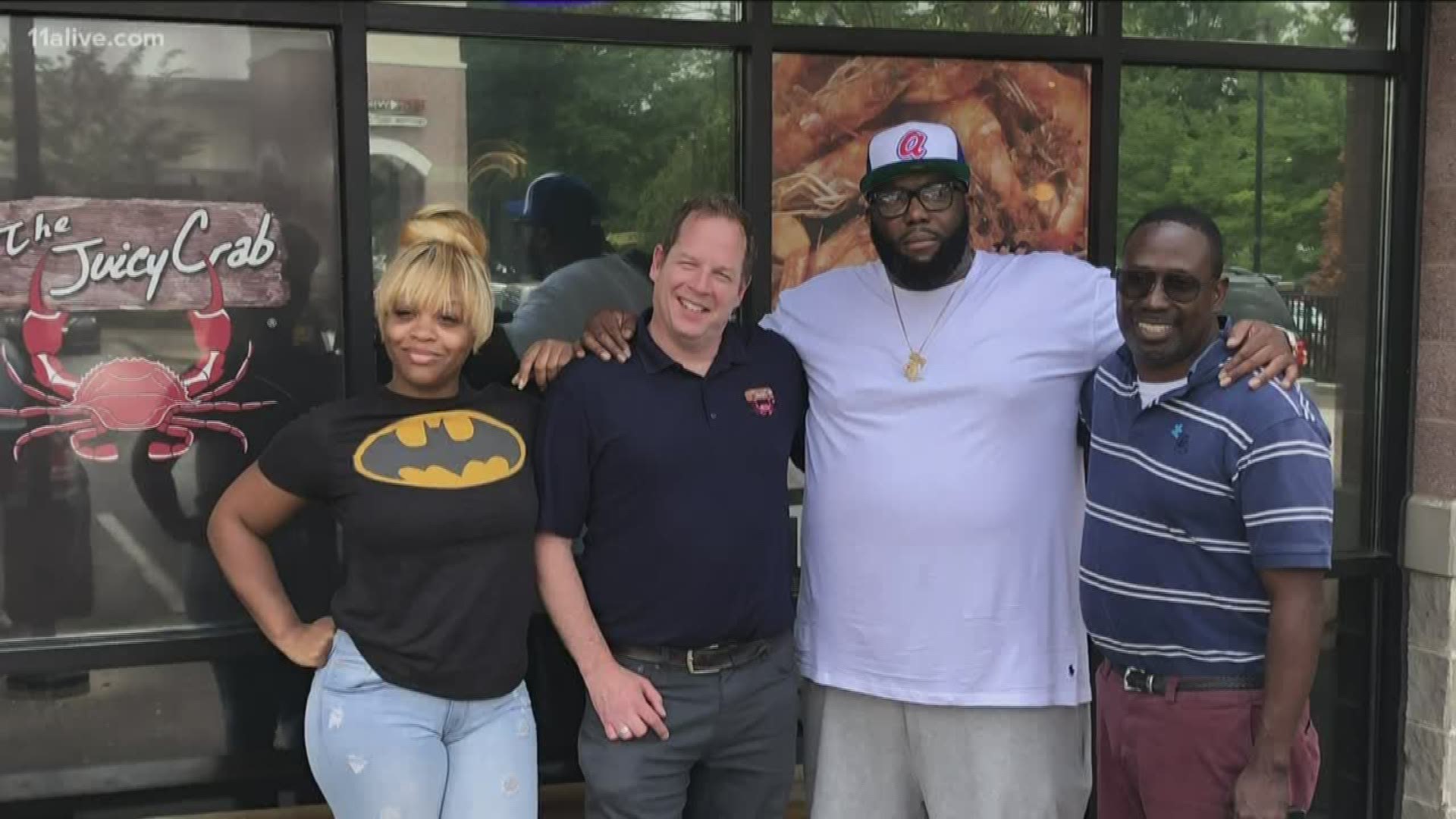 EAST POINT, Ga. — Imagine eating at a restaurant and finding a cockroach on your table.

Atlanta rapper and activist Killer Mike claims that is what happened to him when he visited The Juicy Crab in East Point near Camp Creek Parkway on Sunday.

He even said the restaurant did not want to give him a full refund. He was there with others celebrating his sister's birthday, when he said they spotted the insect on the table. However, he claims management still wanted them to pay the tab.

Killer Mike went back to the location Monday to talk things over with the staff, and they were able to come up with a solution.

"I can say they handled it with class, I appreciate them for coming to a resolution," he said.

RELATED: Killer Mike: Rapper, activist, and now the new member of a major Atlanta museum board

RELATED: Killer Mike: Buying black does not exclude anyone

He said they offered his sisters a redo celebration. But, that's not all. They they plan on collaborating with the restaurant to give away dinners.

"This is just to show you, you don't have to abandoned or even boycott a business when corporations get it right," he added.

The rapper publicly thanked the restaurant on social media.

'Catch me in the A' exhibit ending soon at Arts Xchange

Filmmaker hopes to get rapper, activist Killer Mike's attention with I-85 billboard