Pipes burst in eight of the buildings at the complex affecting 32 - 64 units. 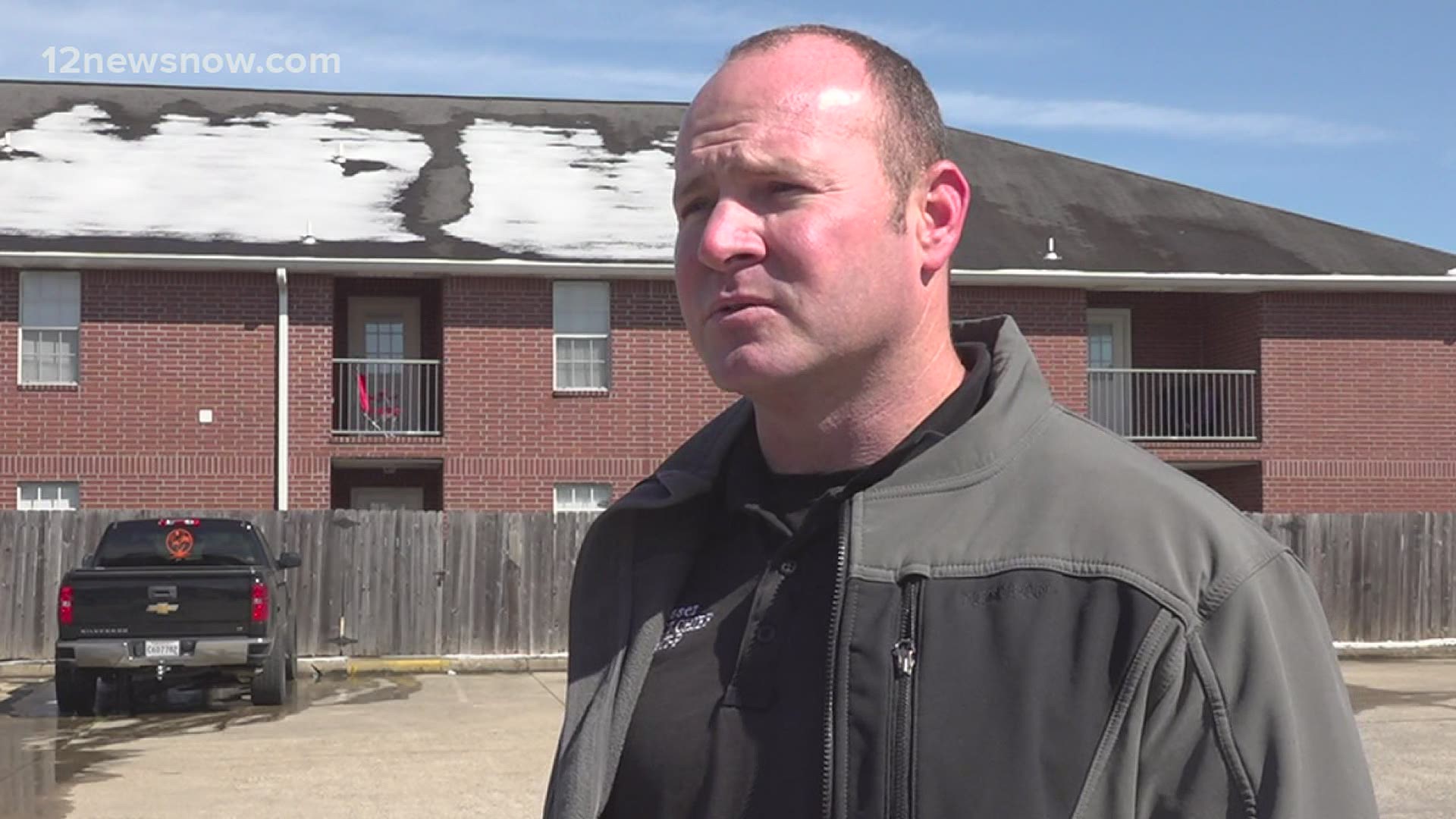 LUMBERTON, Texas — Multiple residents at a Lumberton apartment complex have to find another play to stay after pipes burst and caused the ceilings to collapse in several units Tuesday afternoon.

The Lumberton fire department got a 911 call from a resident at the Lumberton on the Lake apartments on South LHS Drive around noon Tuesday reporting that the ceiling had collapsed.

While firefighters were headed to the scene, several more calls about collapsed ceilings at the complex began coming in, according to a spokesman for the Lumberton Fire Department.

"A rush of water came down on the floor and in the master everything just collapsed," resident William Leon told 12News Tuesday.

Pipes burst in eight of the buildings at the complex, according to the fire department spokesman.

Residents in 32 - 64 units at the apartment complex were directly affected in some way by the leaking water. The complex, which was built in 2005, has a total of 102 apartment units, according to Apartments.com

Because of the busted lines, crews eventually shut off water to the entire complex.

Many of the affected units appeared to be second floor apartments, but some first floor residents also appeared to have damage.

City officials on the scene told 12News they are hoping to get the Red Cross involved to provide shelter for the displaced residents whose apartments were damaged. 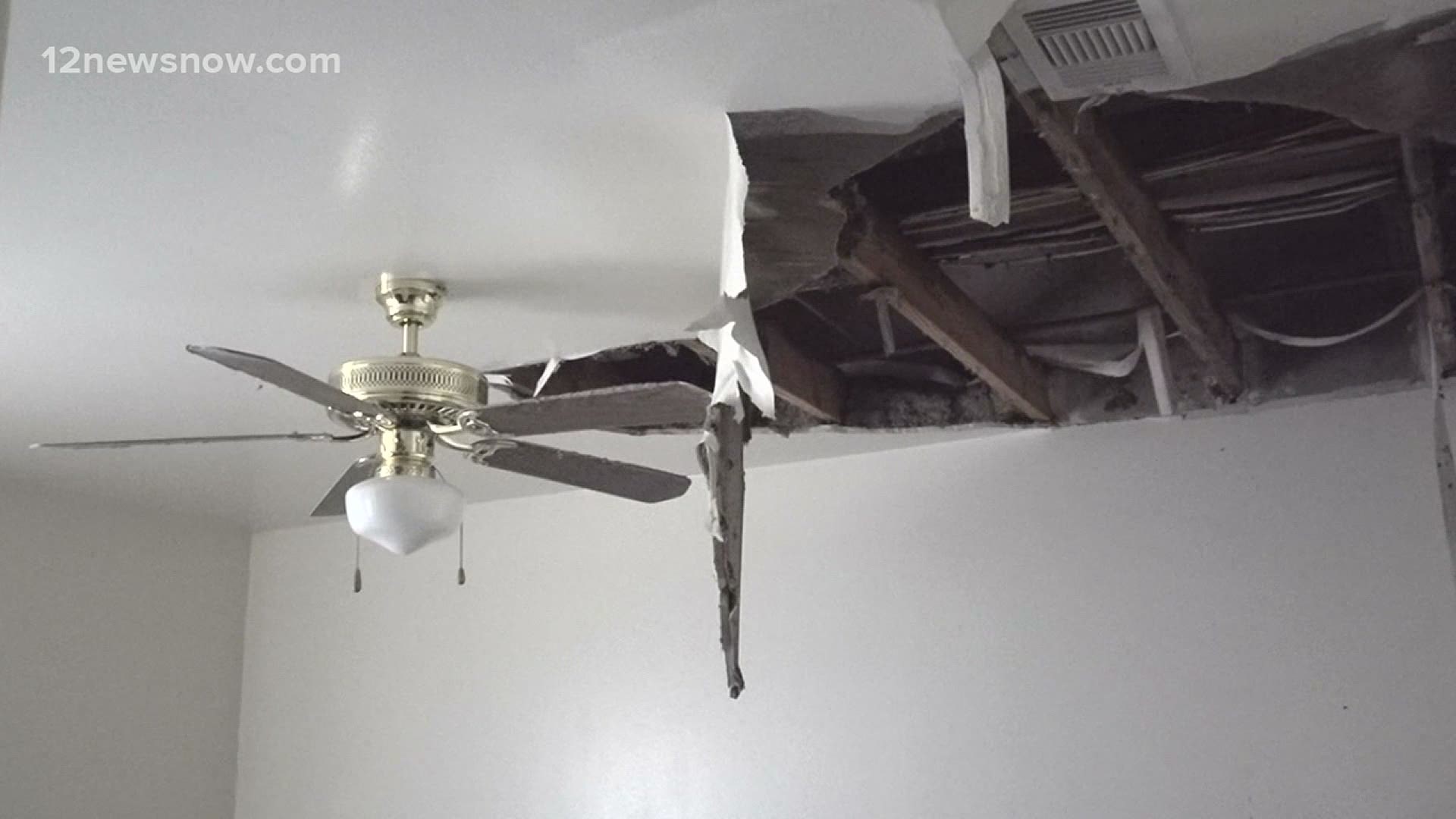