Mother of Houston-area teen killed in accidental shooting speaks out

"This had to happen for a reason and that reason could maybe save some other kids.” - Marentha Sargent 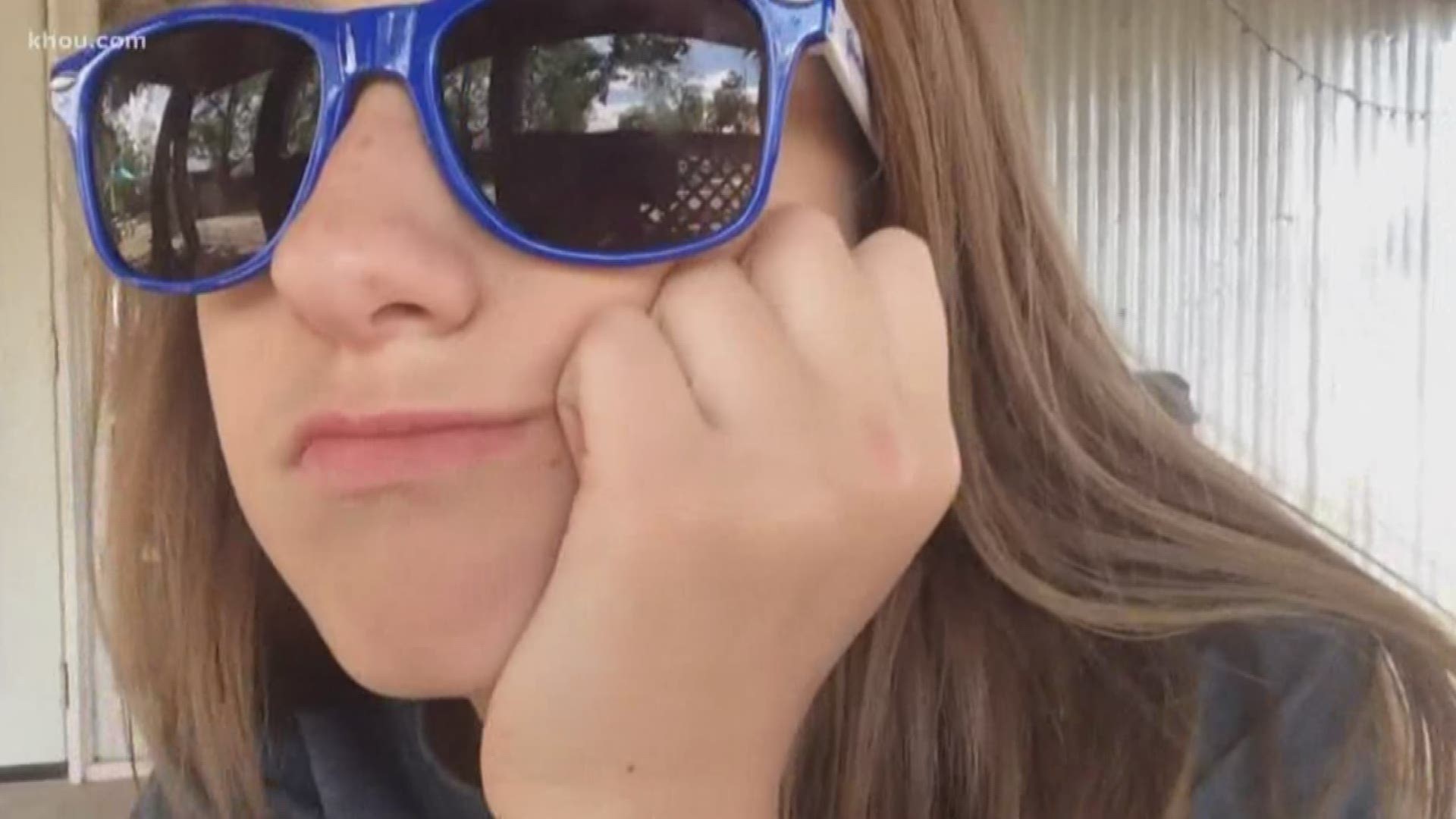 HOUSTON — The mother of a Houston-area teen killed by accident by an unsecured gun is speaking out, hoping to prevent a similar tragedy from happening to another family.

Adrienne Lambert was just 14 years old when she died. Her mother, Marentha Sargent, remembers her as a leader that everyone loved.

“She was a loud charismatic teenager,” Sargent said. “Kind and genuine and loving and she gave the best hugs.

“I never, in 1 million years, thought that it would happen to me.”

On Dec. 17, 2017, Sargent and her daughter went to their long-time family friend’s home. Gene and Katherine Roessler were having a small get together; their 14-year-old son was there, too.

Sargent says the adults were in the garage watching football and the kids were hanging out in the kitchen, where Gene Roessler had left his loaded gun out in the open that morning.  Roessler’s son picked up the gun and was playing with it when it fired, striking Adrienne in the chest.

“All the sudden we heard the noise and didn’t know what was going on and ran inside. And then Adrienne came around and my boyfriend Robert actually caught her and he handed her to me,” Sargent remembers. “I saw her eyes and I saw the life leave her body and as a mother, you know, you were there when they’re born and I’m glad that I was there when she passed.”

The shooting was considered an accident. The teenage boy was found guilty of negligent homicide and his parents pleaded guilty to making a firearm accessible to a minor.

The teen is serving four years in a juvenile detention facility. Gene Roessler served 30 days in prison and both he and his wife are serving community service, fines and probation.

“Some days are good and some days are not good,” Sargent said. “I know that Adrienne would not want any of us to stop.”

Sargent has launched the social media page “Gun Safety 4 Adrienne Lambert,"  a resource for gun owners to learn about safe gun storage and how to talk to kids about weapons.

According to the United States Department of Justice Bureau of Alcohol, Tobacco, Firearms and Explosives, in 2018 at least 19 kids died in Texas due to unintentional shootings and at least 30 more were injured.

“We have a responsibility to take care of our babies because they are still babies, no matter how grown you think that they are," Sargent said. "You have to teach them not to touch them but, as an adult, you have to put them up.

"This had to happen for a reason and that reason could maybe save some other kids.”