Texas has been outpacing other states in early voter turnout 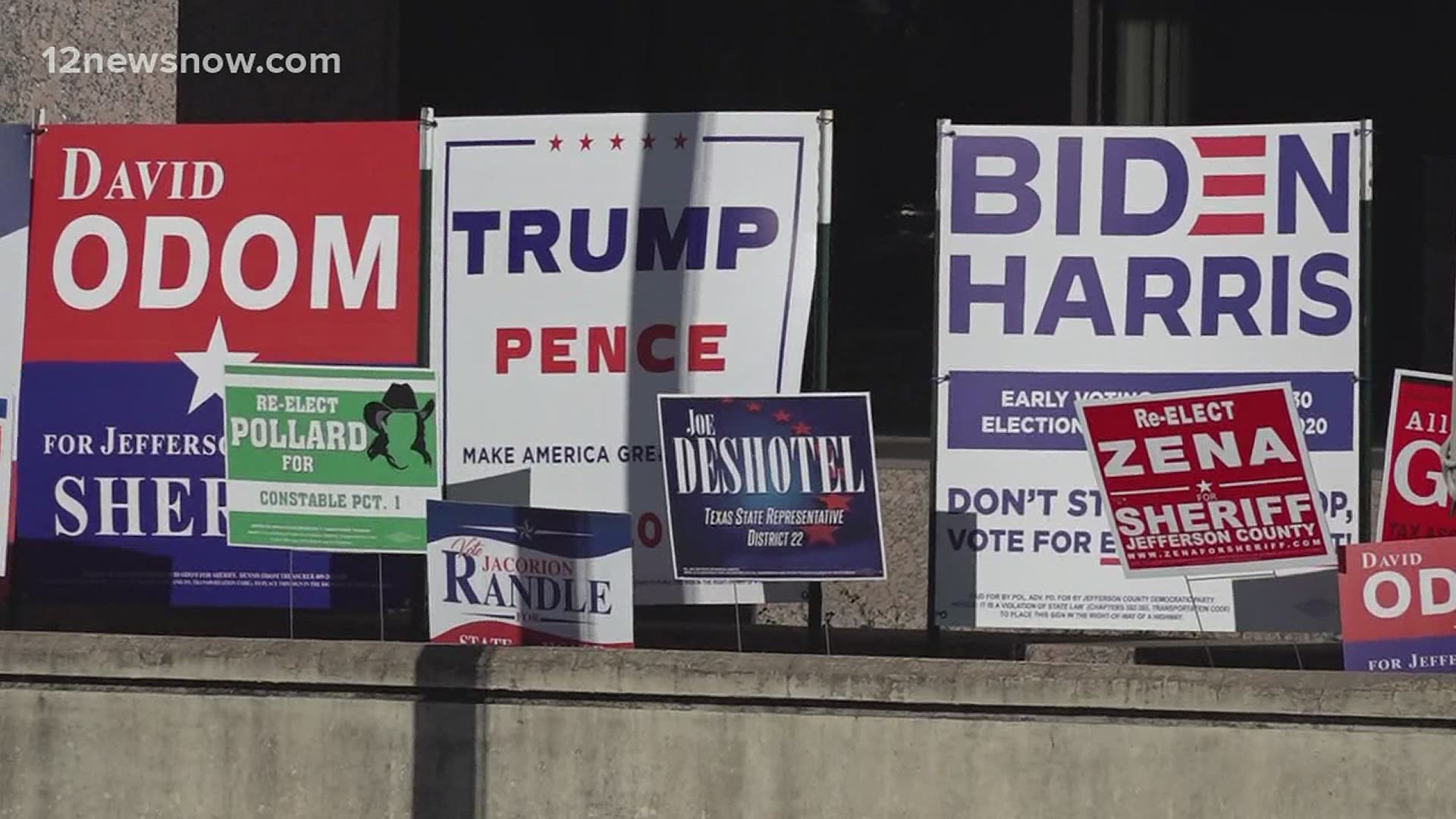 BEAUMONT, Texas — Texas has continued to outpace other states in early voting turnout, and voters in the Golden Triangle seem to be enthusiastic about showing up to the polls as well.

In Jefferson County alone, more than 75,000 people have voted as of October 29.

More than 8.6 million Texans have already voted, that's 51 percent of registered voters in the state. Stats like those are giving Jefferson County party leaders reason to feel optimistic as the election inches closer.

Supporters on both sides of the political aisle are pulling out all the stops.

Ross Boyd, a Trump supporter, said he's using his vote as his voice.

"The response is great," Boyd said.

He's been holding a sign saying 'Honk for Trump' at Port Neches intersection to energize other voters, too.

Joe Biden's campaign made a stop in the Golden Triangle Thursday, hoping to galvanize Southeast Texans ahead of election day. 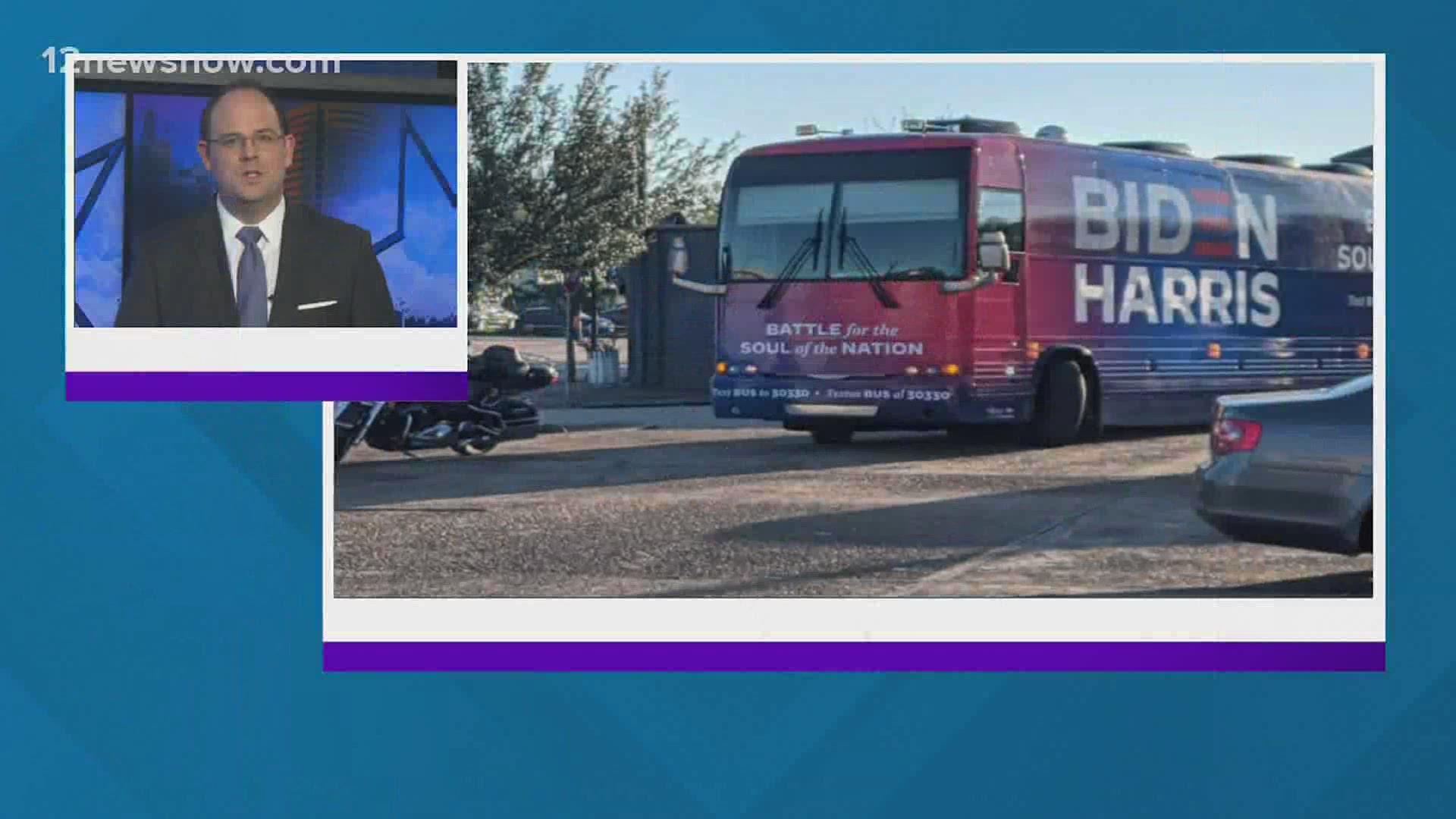 President Trump won Jefferson County in 2016 by a few hundred votes -- a margin Trahan hopes his party can close.

"Democrats still have their works cut out for them here in Jefferson County, we do not see the numbers that we wanna see so we have to make sure that in Beaumont and Port Arthur people come out and they come out and droves," Trahan said.

Texas is one of the states with the highest voter turnout. In Jefferson County, more than 50 percent of registered voters have already participated. It's a promising sign according to Jefferson County Republicans chair Judy Nichols.

"People are tried of corpus government, they are just tired of corrupt government and having corruption on your ticket from the presidential candidate all the way down to the local sheriff it's motivating our voters," Nichols said.

Both sides say the record turnout is a strong sign that Jefferson County voter are energized and engaged in their community.

"Line or no line, get out and vote," Nichols said.

Friday, October 30 is the last day to early vote. If you don't go to the polls early, you'll have to vote November 3.