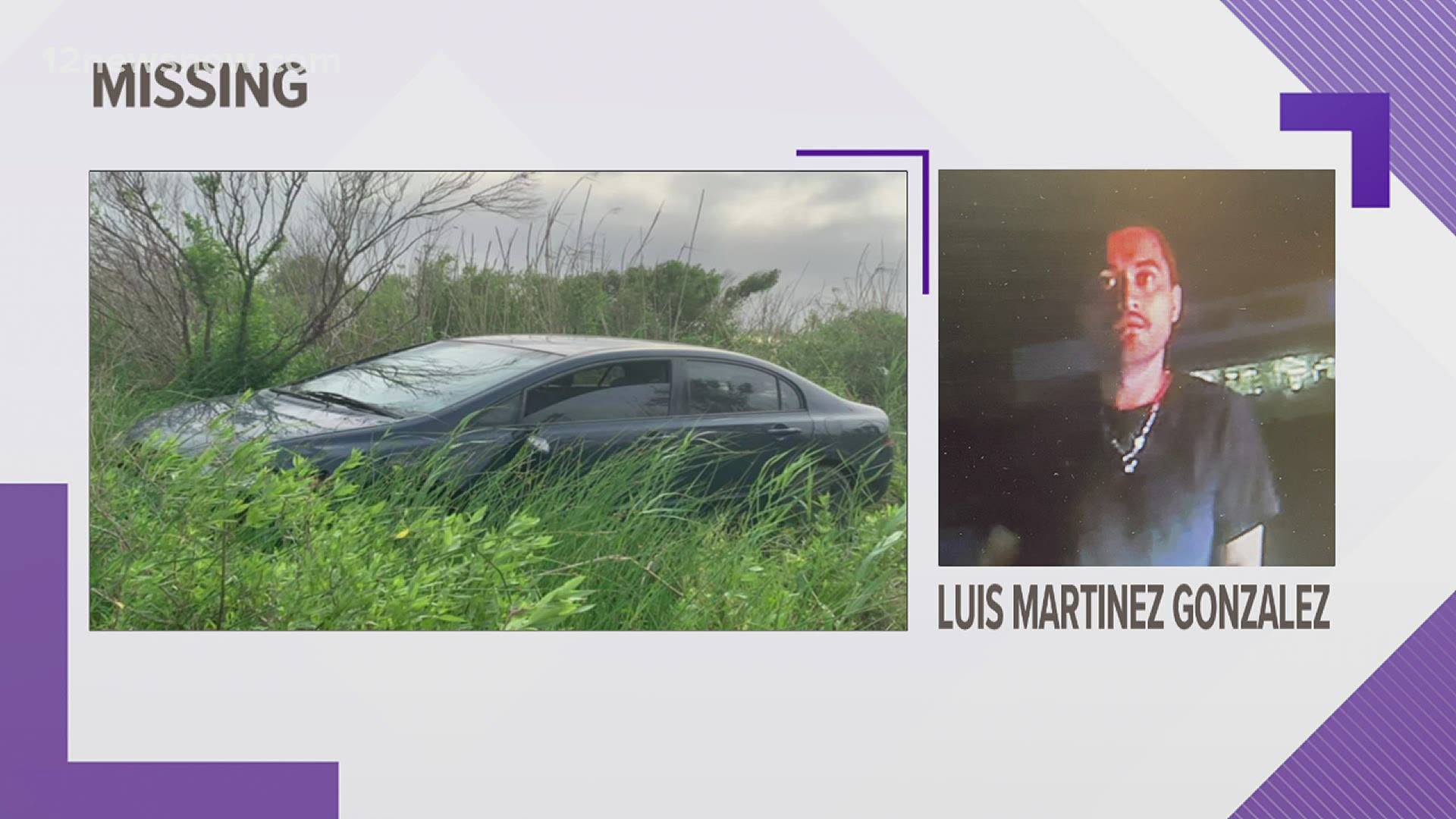 BRIDGE CITY, Texas — The Orange County Sheriff's Office is asking for the public's help in finding a missing 29-year-old man.

His vehicle was found in Bridge City at the end of Bailey's Road on Wednesday, according to detective Joshua Lockett with the Orange County Sheriff's Office.

Deputies searched the Bailey Camp area for hours, but only a vehicle was found.

Gonzalez has a son and a wife, according to a viral Facebook post from the Gonzalez's brother.

Deputies are asking anyone with information to contact the Orange County Sheriff's Office at 409-883-2612.

On April 29, 2021 Mr. Martinez’s vehicle was located in Bridge City, Texas at the end of Bailey’s Road.

The Sheriff’s Office is asking for help with any information to help locate Mr. Martinez.