When two Georgia-based companies heard what she was doing, they knew they had to help. 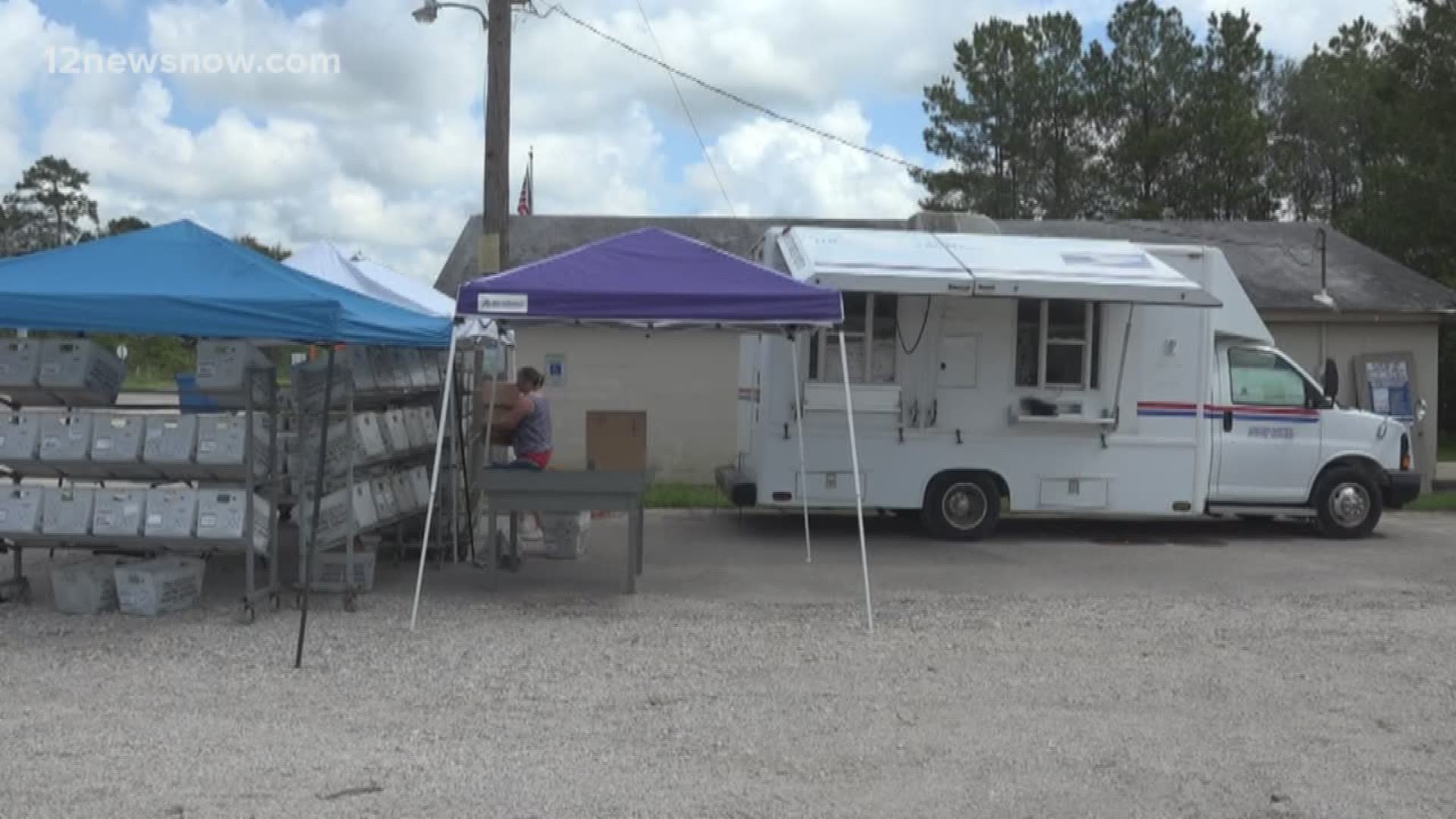 MAURICEVILLE, Texas — Ask just about anyone in Mauriceville, and they'll tell you the postmaster always delivers.

After the Post Office flooded in Imelda, she and an employee started handing out mail from tents outside the building. When two Georgia-based companies heard what she was doing, they knew they had to help.

Dwayne Waxer is a National Accounts Manager at PreVasive USA, a water damage remediation product manufacturer based in Georgia. They came to Southeast Texas after Imelda, to help support their customers. They mainly work with contractors who do water mitigation and restoration for homeowners and businesses.

Monday, Waxer tuned in to 12News, and heard Ben Elliott describe the popular postmaster. Elliott explained that after Harvey, when the post office flooded, they had to drive all the way to Bridge City to get their mail. It ended up taking about an hour round-trip. This time, things are much simpler for the Ben's Tires business owner.

"It's fantastic, it really is, they've got it going on, I feel bad for them, they're working in a tent, it's hot," Elliot explained.

RELATED: IMELDA'S IMPACT | People in Orange County work to get back to normal

Waxer was inspired by the story, and he knew it was his turn to deliver. He reached out to one of their customers, P.E.G Services Inc., a contractor also based in Georgia. The two decided to partner up to do a water restoration mitigation and clean up for the Post Office, free of charge. The companies were eager to help get the postmaster away from all the mosquitoes and Texas temperatures.

"She's gone over and beyond the call of duty, and we wanted to help her and help her staff get back into their building as quickly as possible," Waxer said.

Waxer admits, at first the postmaster was taken off-guard, and suspicious, but ultimately she trusted their intentions. In just the short amount of time Waxer has witnessed her in action, he's seen firsthand why she's so loved.

RELATED: Their home was destroyed by Imelda. This is the one thing they saved.

This isn't PreVasive's first time in Southeast Texas. He said the people of Mauriceville have always been receptive, and they just wanted to find a way to give back and say thanks for the support. As government employees who serve the community, they knew the Post Office was a worthy cause.

"At the end of the day it just makes you feel good to give back and help somebody in need," Waxer said.