Maine moviegoers are getting their first look at Marvel's first theater-only release since the start of the COVID pandemic. Shang-Chi opened last night across Maine 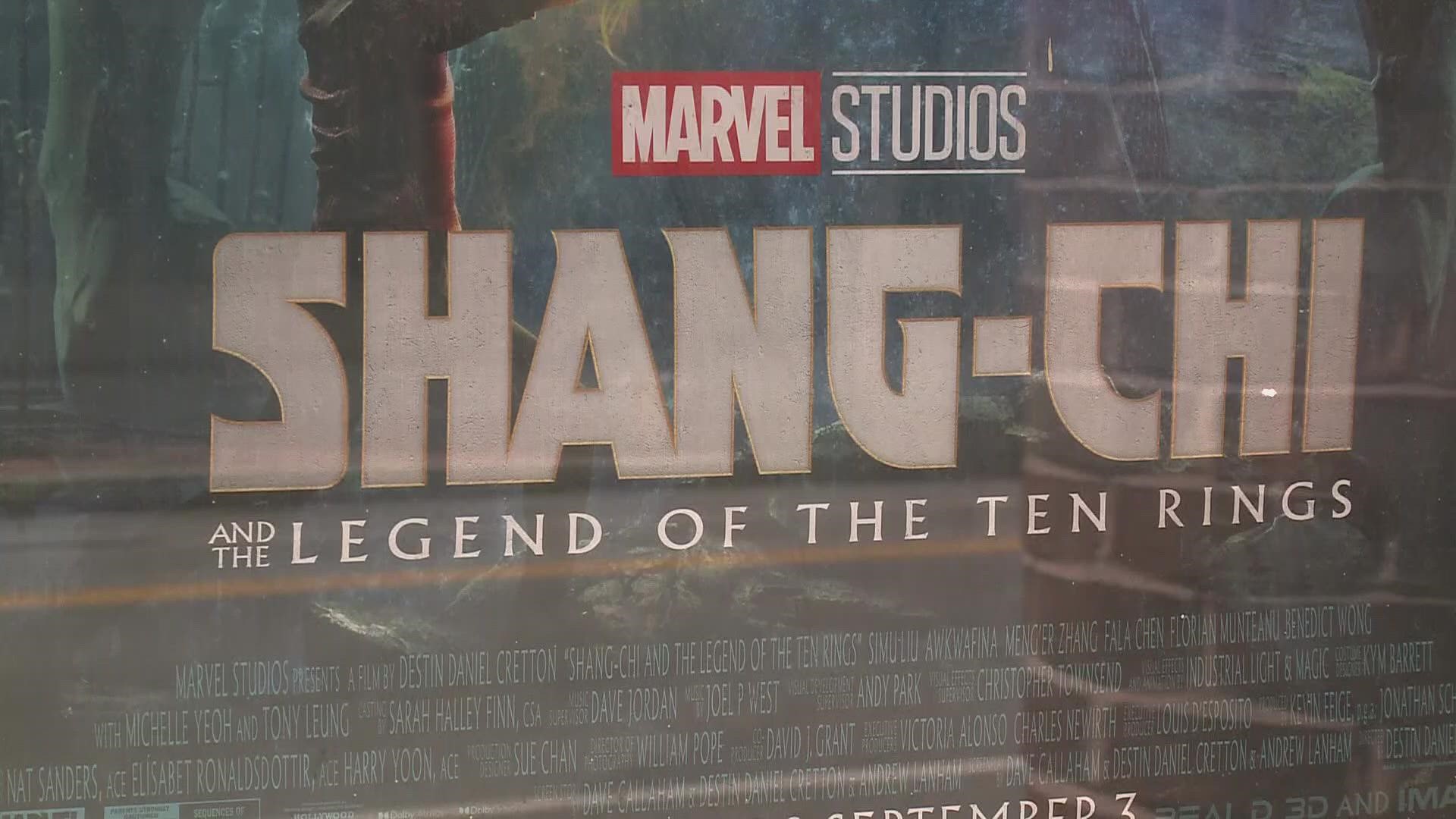 BANGOR, Maine — Marvel’s newest superhero film has arrived in theaters and this time with its first Asian-led superhero.

“Shang-Chi” is the first Marvel film to get an exclusive release in cinemas since the COVID pandemic shut down the movie theater business in March 2020.

"We can certainly understand why they want to do it but it still isn’t something that we enjoy," said Warren. "This one is fully just movies just theater which is great. It really helps us, we’re glad and I think it will be a really good boom for us for this cinema and for this show."

Theaters all across Maine are carrying the movie. The film is expected to be in theatres for 3 to 4 weeks, depending on the box office demand.

It's time to experience #ShangChi on the big screen. See Marvel Studios' "Shang-Chi and The Legend of The Ten Rings" only in theaters NOW! Get tickets: https://t.co/51xY2ALYja pic.twitter.com/lYPlQhntss