Marilyn Dick dies at 95, leaves behind legacy of good works

The Paris, Tenn. native left a long legacy of giving in Knoxville, where she and her husband moved after their marriage. 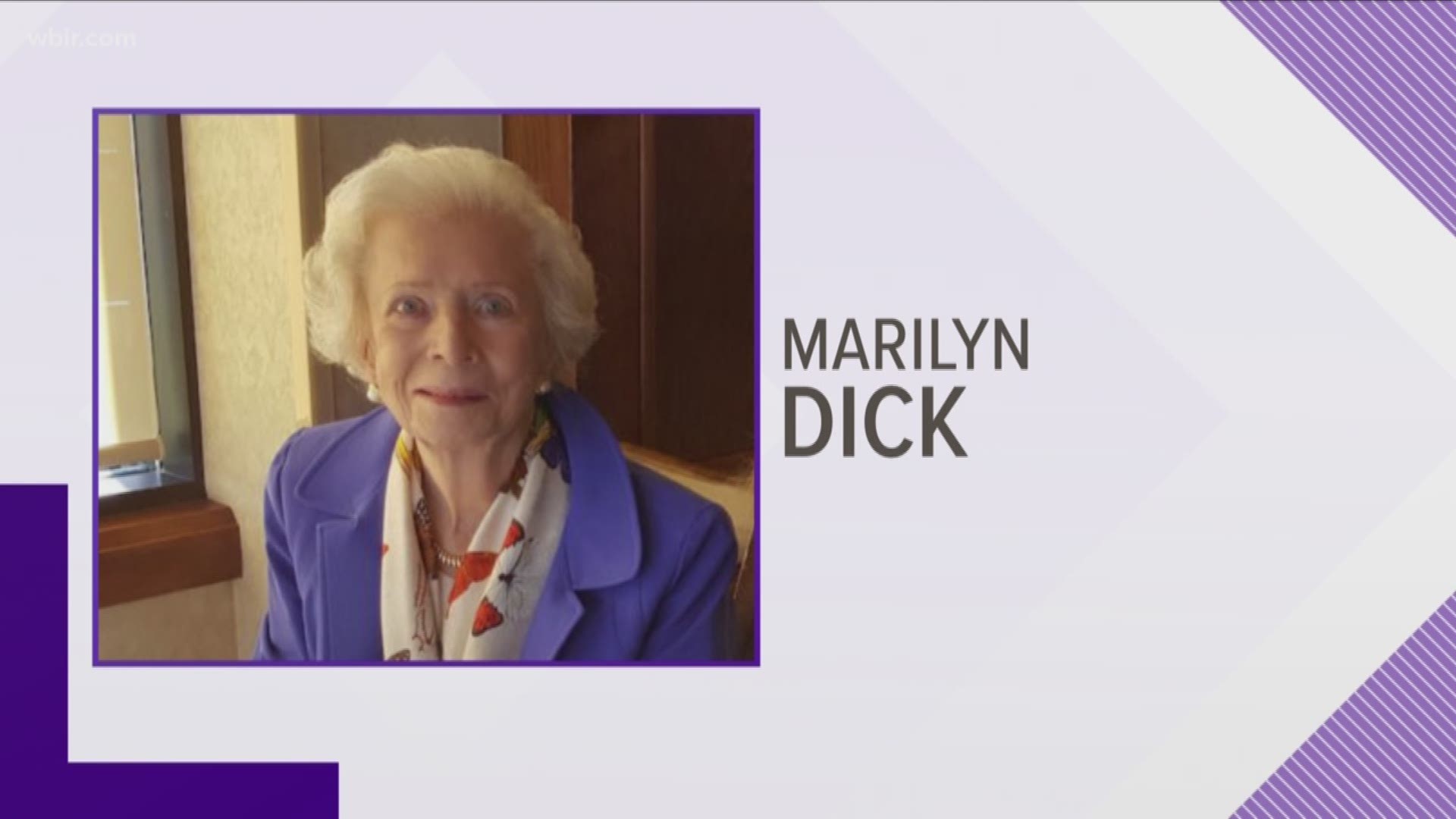 According to her obituary, Dick "passed peacefully and gracefully into heaven" on February 8.

The Paris, Tenn. native left a long legacy of giving in Knoxville, where she and her husband moved after their marriage.

They raised 4 kids together and she was at her husband's side when he started Dick Broadcasting and WIVK in 1953.

"Marilyn was a strong partner for James. He was often heard saying that he would have never accomplished what he did without her," according to her obituary.

The two believed in helping others, and gave to countless charities over the years. They founded the Joy of Music School to give the gift of music to underprivileged children. The couple also once owed the Tennessee Theatre, which they later gifted to the City of Knoxville but continued to support.

Her obituary also makes note of her sense of humor.

"When asked what she wanted in her obituary, she said just put 'SHE CAME AND SHE WENT'. That she did and brightened a lot of lives along the way," it read.

Her life will be celebrated at 3:00 pm, Saturday March 9, 2019, at Sequoyah Hills Presbyterian Church, located at 3700 Keowee Ave. Following the service, friends will be received in Barron Hall. In lieu of flowers, Marilyn would prefer you make a contribution to the Joy of Music School, 1209 Euclid Ave NW #1, Knoxville, TN 37921, or to a charity of your choice.