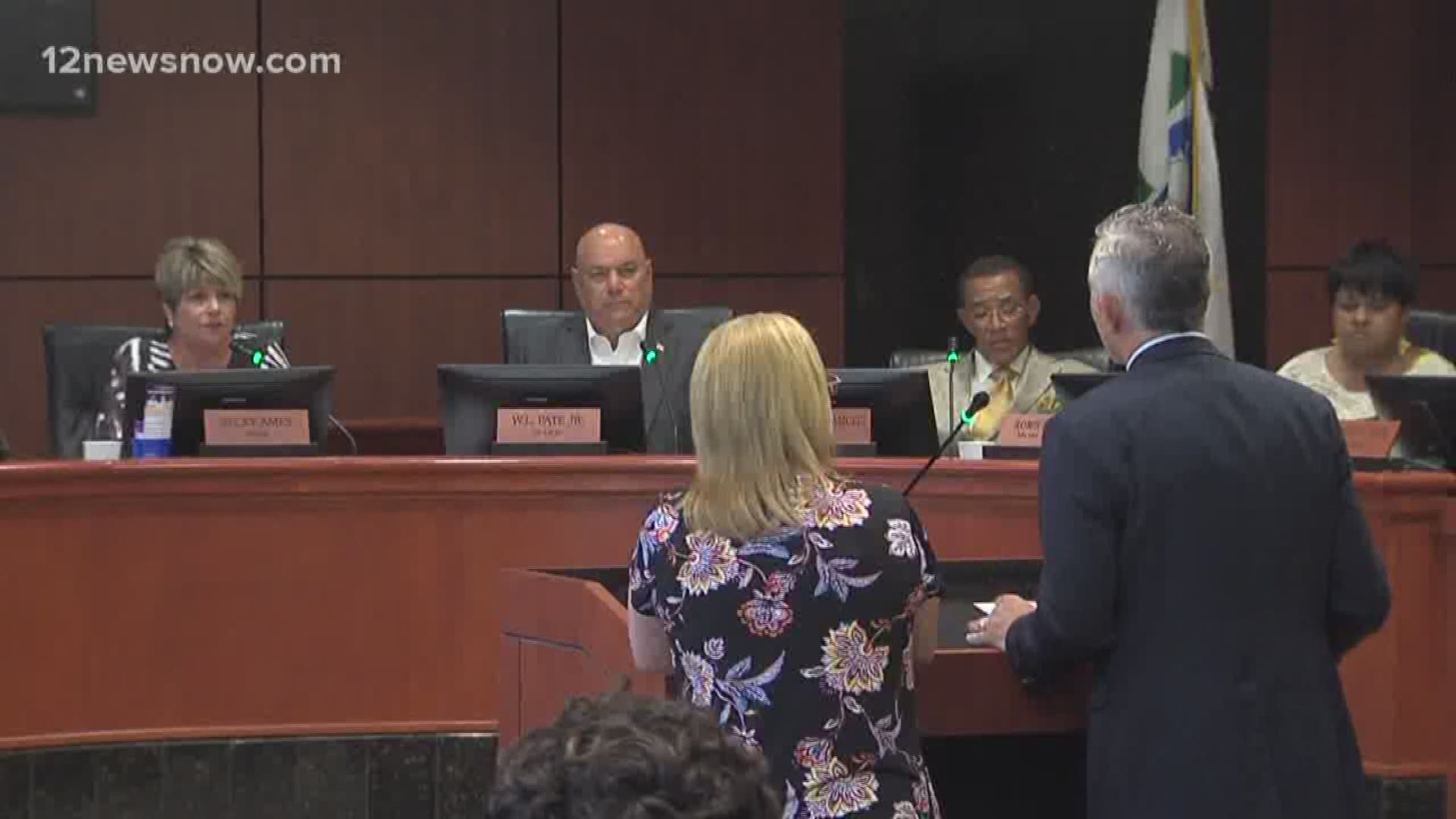 BEAUMONT, Texas — The decision to move Mardi Gras Southeast Texas to Beaumont might have to wait until July.

That is when its contract with the city of Port Arthur expires.

Organizers met with the Beaumont City Council on Tuesday to answer any questions council members might have.

It also gave the public a chance to voice their concerns.

"The details are going to make it a good or bad thing and that's the question," said Stephen Hoffman, who lives in Beaumont. "It still seems very connected to Port Arthur and I think that came out in the meeting with the issues of sponsors, who help bring this thing together."

She didn't confirm whether the two sides are still speaking but referenced the expected changes to Port Arthur's downtown area, which is where Mardi Gras has been held.

Childress also addressed an amount of money owed to the city of Port Arthur that she describes as a "back bill for past events."

She added city officials recently brought it up and that they are in negotiations.

Mardi Gras Southeast Texas and the city of Port Arthur have a contract that expires in July, which is the time Beaumont Mayor Becky Ames hopes to reach a deal.

I think for the most part our citizens are excited about it and the council certainly was and the people who put on Mardi Gras certainly are," said Ames. "But it's not done yet, so we still have to go through contracting process and they have to finish up everything with Port Arthur, so there's still some things to do, but it's my hope that it will come to fruition."

Organizers tell 12News that a decline in attendance over the past few years in Port Arthur is leading them to seek a new location.

The purpose of Tuesday's discussion was simply informative, city leaders did not vote on the potential move.

Yet, the mood throughout city hall points to a deal getting done.

"We had a good positive reaction from the council and there are still some things that we are going to have to work out, information to get them," said Tim Romero, chairman of Mardi Gras' board. "It's just part of a process going forward and we're looking forward to that."

Organizers hope to solidify a five-year agreement with Beaumont, to host the event downtown beginning in February 2020.

"I mean downtown's a really wonderful area. Lots of different ways we can do it, but ultimately anything we decide has to be approved by the city," said Romero. "So the city can be comfortable that we're not gonna impose anything, we can't. We're gonna be working closely with them."

Childress sent a letter to the city of Beaumont with some details of what Mardi Gras would look like.

Organizers also mentioned the parade would take place inside and outside of a fenced area as well as separating a kid's carnival (outside) away from alcohol tents and entertainment (inside).

"We want to do a real Mardi Gras, I mean you go to these other cities like Galveston who has a really nice Mardi Gras," said Hoffman. "It just brings people together. We need people coming together around this town."