Beaumont NAACP, community calling for justice ahead of Friday rally for Christopher Shaw

His attorneys said there's bodycam video of the incident in question that left him injured. 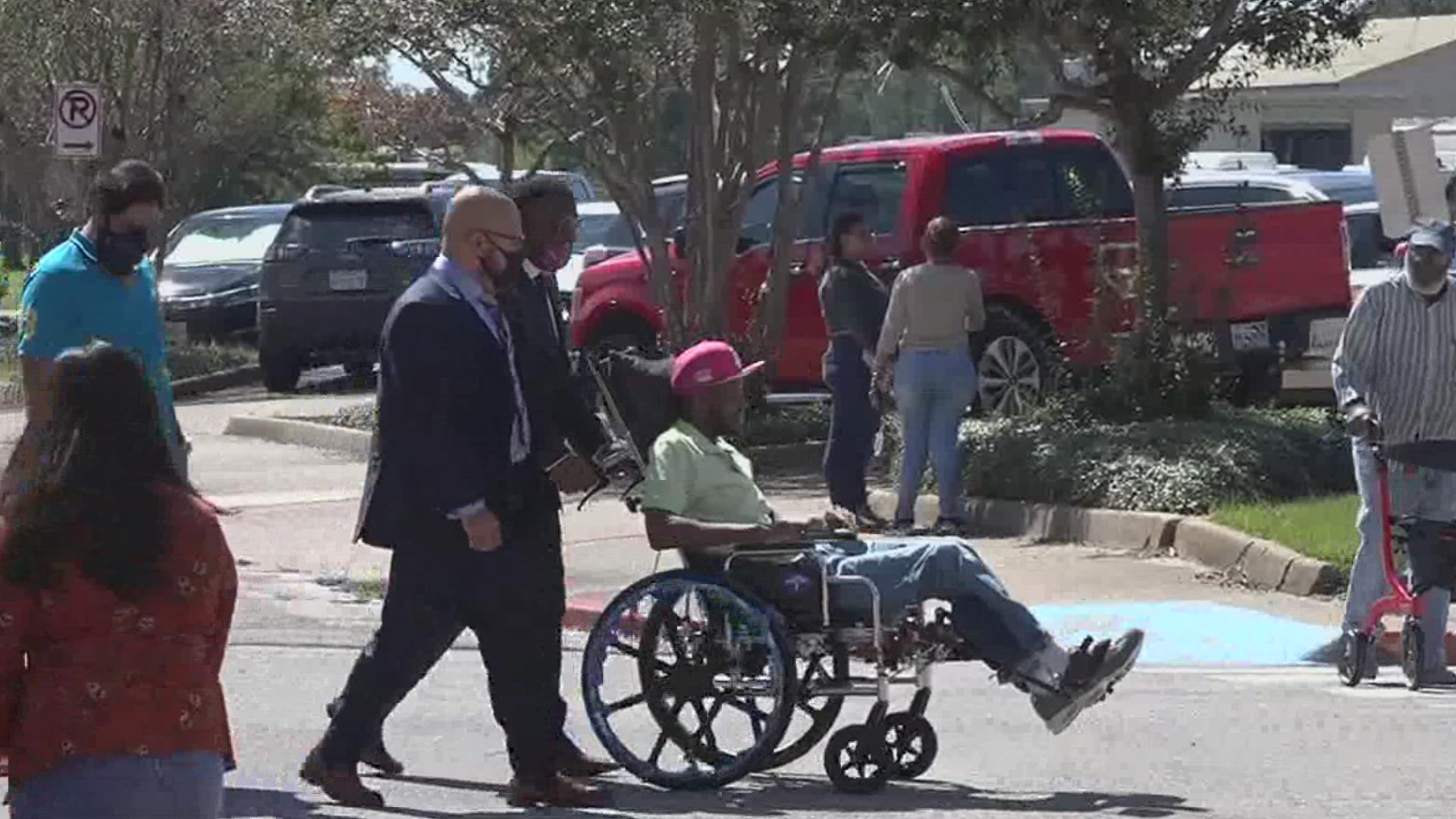 BEAUMONT, Texas — The Southeast Texas community and the Beaumont chapter of the National Association for the Advancement of Colored People promise to keep pressure on the Beaumont Police Department until they get justice for a man they say was paralyzed while in custody.

Officers arrested Christopher Shaw on June 12 for public intoxication. His attorneys said there's bodycam video of the incident in question that left him injured. They claim it happened when officers were taking Shaw to the Jefferson County Jail.

The NAACP and attorneys for Shaw said they want two things: accountability and transparency.

Three months later, lawyers, the NAACP, and community members are still pressing the police for answers.

Local organizations held a press conference Friday afternoon in an effort to get the community to stand up for Shaw.

“He cannot do the things that we are able to do for ourselves day today. So, because he cannot walk, we're asking the community to stand with him,” Attorney Chance Lynch said.

Shaw's lawyers, Lynch and Harry Daniels, have seen the bodycam video from the arrest but the public has not.

Beaumont Police have denied 12News' requests to release the video due to the ongoing investigation.

"We feel very badly about the gentleman who got injured, but our officer was just doing his job, and I want them to protect themselves,” Singletary told 12News previously. “I stand by the actions of this officer. I hate that somebody got hurt, but he did his job.”

Singletary said he plans on making the video public but does not know when that will happen. Daniels said all they're asking for is transparency.

“We need to do something about it, transparency, accountability and bringing those who are responsible to like that,” Daniels said.

Shaw's lawyers said they have seen the bodycam video from his arrest on June 12.

Shaw's lawyers along with local organizations will hold a march and rally Friday, Sept. 25, starting at 10 a.m. They're asking the community, “Will you walk for Chris?"