The day has finally arrived for Zena Stephens taking the oath to protect and to serve the community as the first female African American Sheriff in Jefferson County. 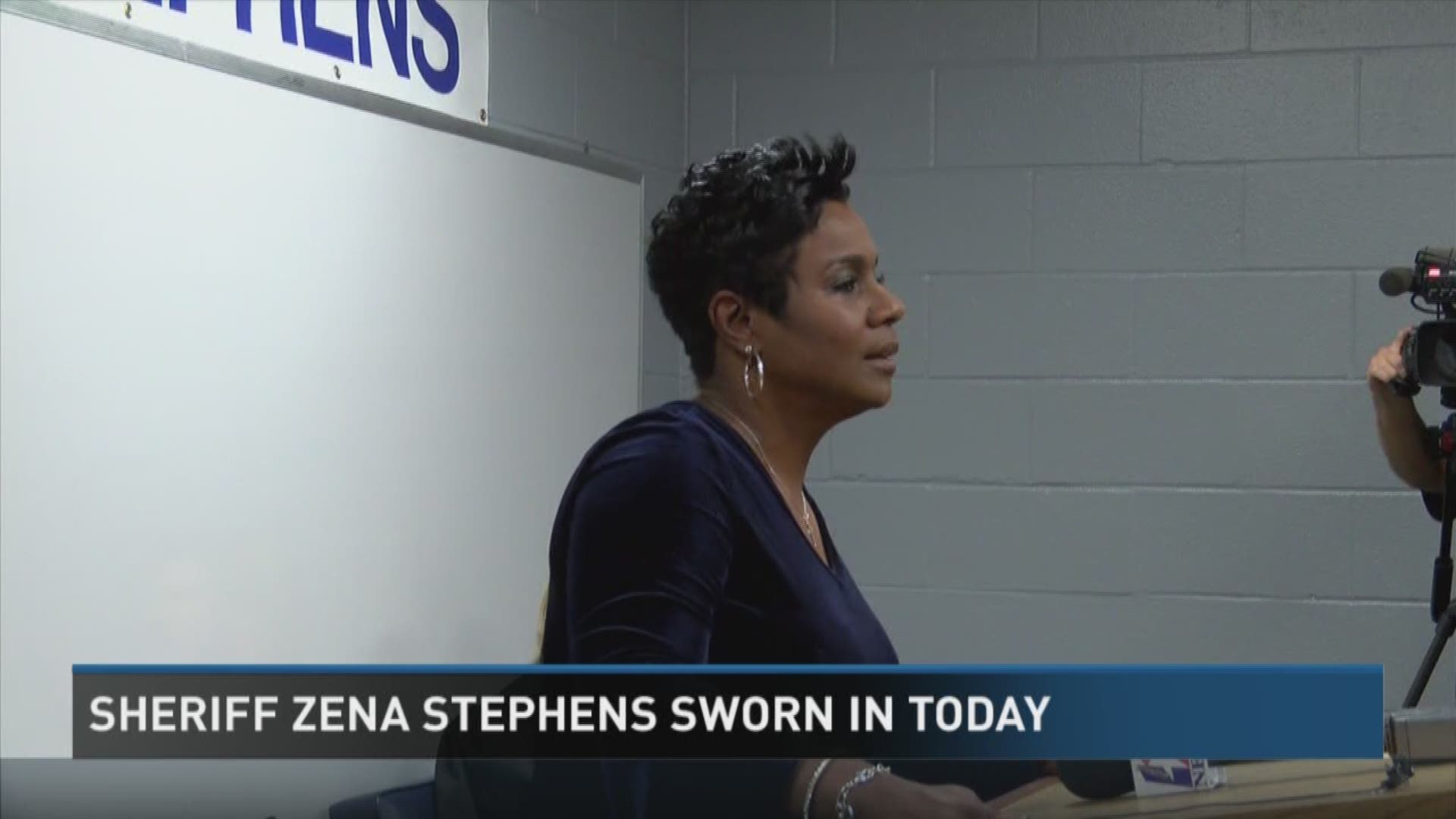 The day has finally arrived for Zena Stephens taking the oath to protect and to serve the community as the first female African American Sheriff in Jefferson County.

And Stephens' plans are already in tact. "Community engagement, transparency, just getting back out there and getting back to the basics and letting people know that we are here to protect and serve them." she said.

Stephens won the title against republican, Ray Beck in November and the road to success came a long way for the former Sheriff's Deputy Chief.

"It is very exciting to see the community rally for Zena so much. You know she was elected with people and supporters from all over Jefferson County." said Jefferson County Democratic Party Chairman, Cade Bernsen.

And the community was right there with her as they watched their sheriff accept her badge on stage Monday, marking a moment in history.

Also in the crowd, the Stephens family. Her 22-year-old daughter, Lindsey, proud to see her mother become a historic symbol for both the state and the country.

"When you're determined to do something, don't let anything stop you and she has had a lot of obstacles during this and she's never had a second thought. She never second guessed herself and I learned that from her though out my whole life but especially now." said Stephens.

Zena Stephens is now one of only two black women holding the title of sheriff in the country.