Luna moths seen in Central Texas: What to know about these beautiful insects

Some Central Texas residents have been able to capture these snapshots of the Luna moth. 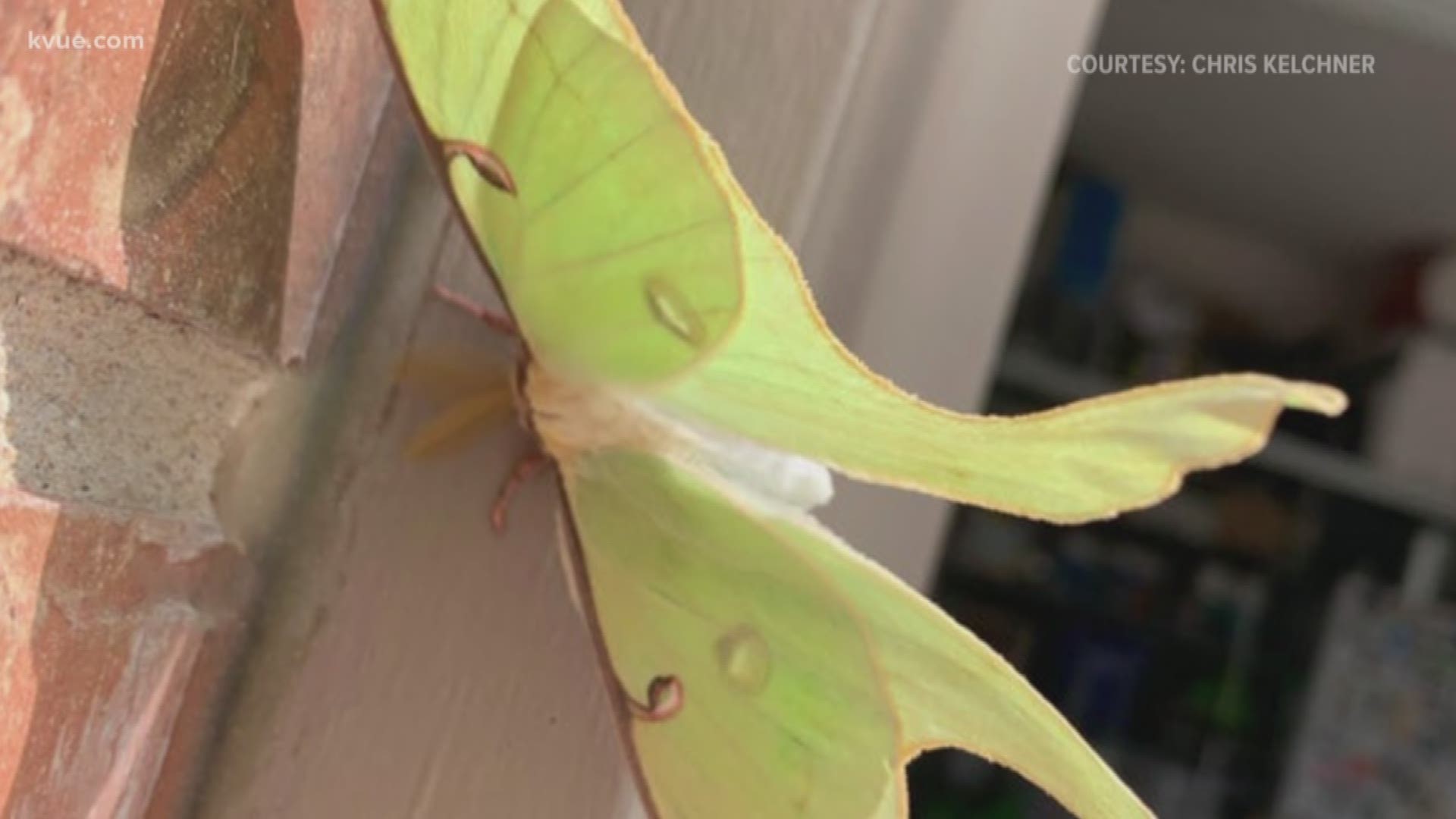 AUSTIN, Texas — Luna moths, an insect commonly found in wooded parts of North America, has been spotted in Central Texas in recent weeks.

Known for it's bright green and spotted wings, the moths can be found in the western to eastern parts of Texas. Some Central Texas residents have captured these snapshots of Luna moths.

PHOTOS: Luna moth sightings on the rise in Central Texas

The Luna moth has a wingspan of 2.9 to 4 inches and has long curving tails.

How to attract monarch butterflies as they migrate through Austin

You can recognize the gender of the moth based on their color: yellowish-green for males or blueish-green for females. Apart from their captivating color, the Luna moth does not have a mouth or digestive system. They are strongly attracted to UV light.

See them while you can because they only live for about a week after leaving their cocoons.

Fort Worth couple dies on vacation in Fiji