Students in the Vidor Independent School District went back to class Tuesday morning after missing eight days of school. 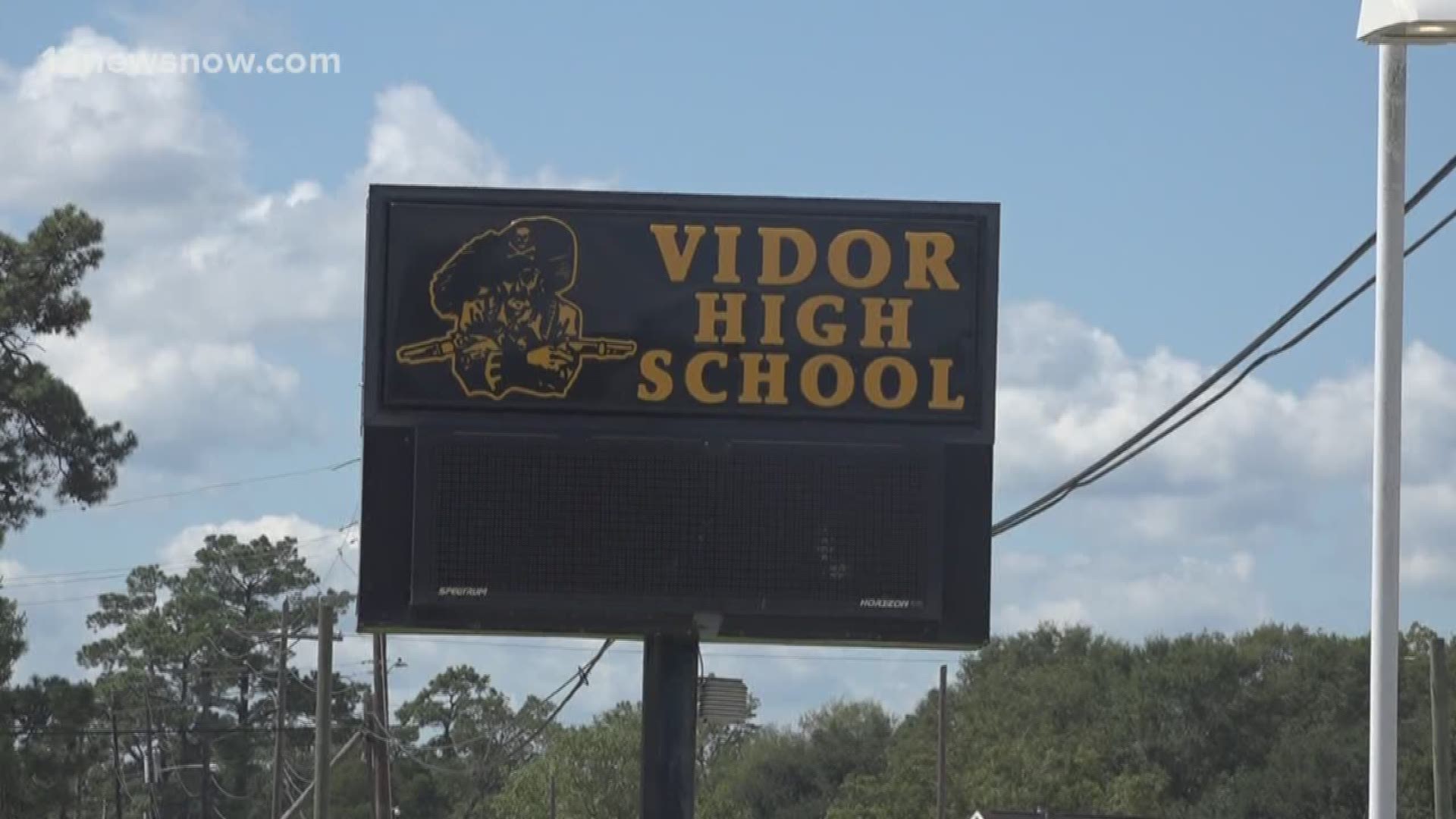 VIDOR, Texas — The final district left to reopen after closing due to Tropical Storm Imelda has resumed classes.

Students in the Vidor Independent School District went back to class Tuesday morning after missing eight days of school.

Students in the Little Cypress-Mauriceville CISD and the Hardin-Jefferson ISD returned to class on Thursday, September 26, 2019.

While Vidor is the last district to  go back to school two individual Beaumont Independent School District campuses are still not holding classes.

Beaumont United High School and Fehl-Price Elementary School are set to reopen on October 14, 2019 after missing 17 days of school.

The district announced the reopen date for Beaumont United and Fehl-Price on Friday, September 27, 2019, in a video posted to Facebook.