'Like a piece of my heart going down,' Vautrot's in Bevil Oaks removing last of damaged restaurant on Saturday

This weekend, the rubble will be taken away and turned into a parking lot. 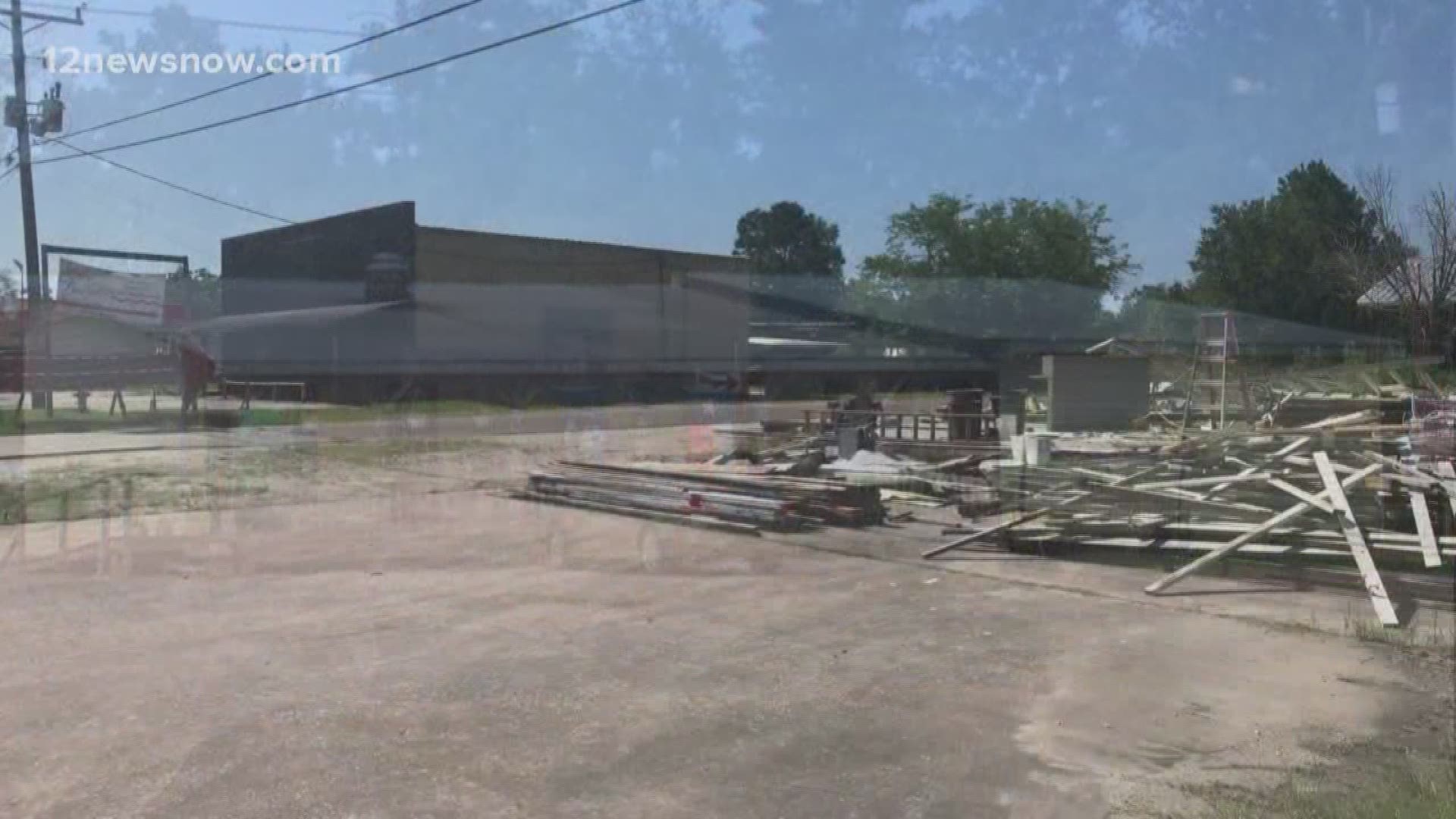 BEVIL OAKS, Texas — A family-owned restaurant in Bevil Oaks has battled through a number of obstacles, and is now prepared to start a new chapter.

Volunteers will be helping to clear what's left of the old Vautrot's restaurant on Highway 105 on Saturday.

"Seeing that building going down is like a piece of my heart going down," owner Martha Vautrot said.

"We've lost a lot, Harvey we lost a lot with a lot of the older people leaving Bevil Oaks," said Vautrot. "We just keep going, that's all we're going to do."

"They've had a rough past few years with the fire, storms and all that," said customer Shayla Odom. "Yet, everybody always come there to help them out no matter what and they still support them even with the food truck, they still stay busy."

The restaurant has served the community for more than 20 years.

"We've had great response to my little restaurant," said Vautrot. "People would come from everywhere, all through the United States and even some of the foreign countries."

This weekend, the rubble will be taken away and turned into a parking lot.

It's a bittersweet thing to face for the restaurant's owner.

"To see it, the way it is now is hard." said Vautrot. "That little building had so many memories," Vautrot said.

Shortly after Harvey, Vautrot transformed her camper into a food truck and has been operating out of it ever since.

She's waiting on money from the Small Business Administration, so she can open up a new restaurant nearby.

The building is already built with some furniture and appliances inside.

Once the payment comes in, which Vautrot expects to happen soon, it will only take a month to complete before the grand opening.

Vautrot tells 12News there is not yet a estimated date for the new restaurant.

Customers know removing the last of the old rubble will help the restaurant rise again.

Not all will be lost, the flooring of the old building will be installed into the new facility as a symbol of remembrance.

"We're glad to see it go away because the new one's coming up," said Frieda Herring, who lives in Beaumont. "We're just looking forward to it."

"It's sad because I've watched other kids grow up there, my daughter grow up there," Odom said. "I want to cry sometimes but bigger and better things are coming for them."