Lee E. Smith was the first black man to be elected as commissioners board president. Those who knew him say he was a model worker and friend. 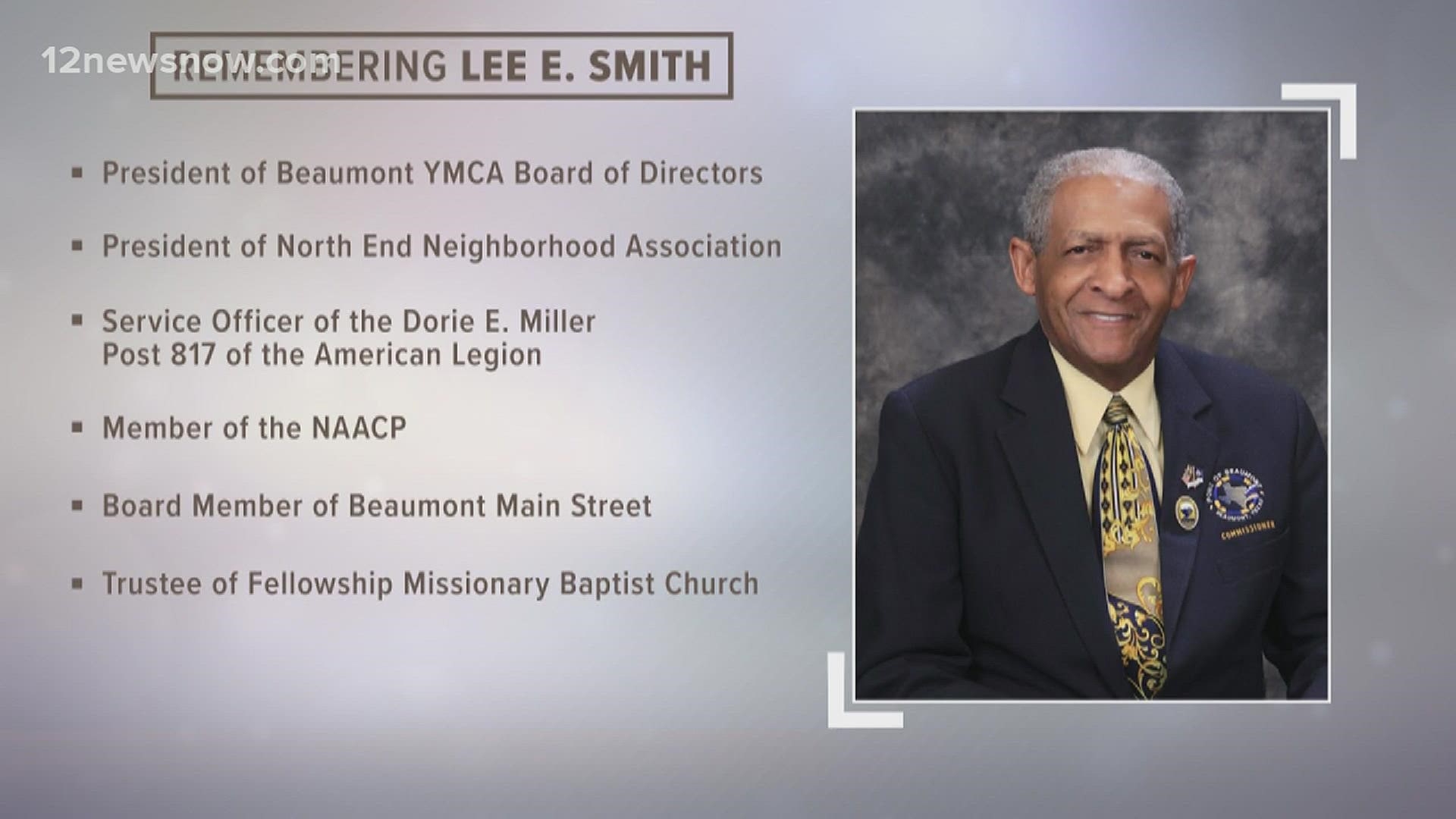 A Beaumont native himself, Smith spent his life pouring back into the community. Those who knew the commissioner say he was a model worker and friend.

Chris Fisher, the Port of Beaumont director, has served alongside Smith for 20 years.

"It's just really an honor and pleasure to serve with him. He was a mentor and just a wonderful all around person," said Fisher.

Smith was appointed to the Port of Beaumont board of directors in 2002. He was the first black man to be elected as commissioners board president in May 2018.

His biggest success in his almost two-decade career was a public-private partnership with Jefferson Energy Company, which is now a state of the art liquid bulk terminal in Orange County.

He was also at the Port’s helm during two record fiscal years and when the Port was awarded an $18 million Better Utilizing Investment to Leverage Development (BUILD) grant in 2019, according to a news release.

Those close to him say Smith credited his mother for his many professional and personal successes.

"The main thing Lee was known for was his working relationships and how he worked with other people and how he treated the staff. And everyone here just truly misses him," said Fisher.

Aside from the Port of Beaumont, Smith was heavily involved in the Southeast Texas community. He served as with a number of organizations, including:

Smith was a proud Charlton-Pollard High School graduate. He attended Prairie View A&M and graduated from the HBCU in 1965 with a degree in Industrial Education. Smith joined the U.S. Army after college and was stationed at Fort Polk in Louisiana.

In the late 1960s, he worked at what was then the Texas U.S. Chemical Company in Port Neches, becoming the first black man to work in the company’s office.

Smith retired from Ameripol Synpol Corporation after 33 years with the company.

His presence will be missed not only at the Port of Beaumont, but all around the community.

"That's how he was, he was Lee and he was one of a kind and you can't get much better than that," said Fisher.

Smith's memory will be kept alive by his wife LaRue, daughter and son-in-law, Lesia and Stephen Linton and three grandchildren, Taylor, Ryan, and Lauryn.